Would You Knowingly Condemn Your Children To Slavery?

NOTE:  We originally wrote this article just before Christmas in 2012.  Its message is just as relevant today as it was in 2012.  Before writing the article and just before bedding down for the night, 6 lines of a poem literally popped into our mind and we got up and wrote them down.  The next day we finished the poem, lines of which we have inserted in this article.  It’s entitled, “Would You or Will You.”  The article is not a Christmas message but hopefully, during this time that is special for children, it will wake up some Americans that have drifted off to sleep in the intoxicating, mind-numbing aroma of the easy life.

You cannot fight an enemy if you cannot see him.  You have no defense if you are surrounded in darkness but your enemy controls the light.  You have no options if you cannot pierce the veil of your enemy’s deceit.  There is absolutely no defense if you cloak yourself in ignorance, or convince yourself that the enemy is not there.  But rest assured, the enemy is lurking just outside your door and your door will not protect you or your children from the enemy coming inside and destroying your blind tranquility that you thought was freedom.

The American federal government is now all-powerful.  It has broken the bonds of the Constitution and is now 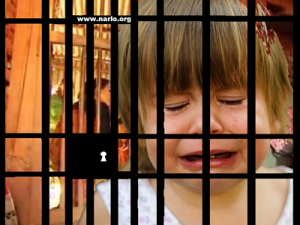 free to enslave those it purports to represent.  The government owns the law and the capability to enforce it, by whatever means and they are determined to use that force if you get out of line.  You are just in their way in their quest for absolute power under a one-world government.  If they succeed, sovereignty and international borders will be meaningless.  The people will be crammed into crowded cities where they are more easily controlled.  Environmentalists will wall off all rural areas from from humans where only animals and birds can roam free.  Freedom will be a small entry in a dusty history book that sits behind thousands of other books, in an old communist library.

Would you be a slave
In your own land
When once you were free?
Would you bow down
To the bureaucrats and tyrants,
Rather than defending your liberty?

Many years ago, as we entered the 20th Century, we were a different stock of people.  We were defiant in our freedom and we rejected or purged what we considered infringements on that freedom.  We didn’t let important things slide or look the other way like we do now.  The truth is, had government instituted all the laws and restrictions it has now placed on the people of America, but they had done it 100 years ago, there would have been a revolution that might have made the American Revolution and the Civil War pale in comparison.  We still face that threat today.

In the late 1700’s the government instituted a whiskey tax, which erupted into the Whiskey Rebellion where many tax collectors were either killed, or tarred and feathered.  In those days, violence against government agents and sympathizers was quite common when the people thought their freedoms were under attack.

Throughout the years of taming the West, frontier justice was applied regularly.  Scores and injustices were settled with weapons, or the hangman’s noose, but rarely settled with negotiations, words, or courts.  Yes, many innocents were caught up in the struggle for justice.

Would you hide in the shadows
When your duty was quite clear?
Would you shrink from the battle
Because you are paralyzed with fear?

The people have allowed government to become so powerful they fear its wrath.  We have let frontier justice, where we did not fear government, morph into absolute power by government in a police state where we are deathly afraid of government.

People are hesitant to raise their heads above the noise level for fear it could be chopped off, figuratively speaking of course.  Our lives are comfortable and we are very reticent about upsetting our precarious apple cart.  But those who fall afoul of the law through no fault of their own, cannot escape the long hand of government by hiding in the shadows.  They become sacrificial lambs to government’s power and those in close proximity to the victim scurry for cover, saying to themselves “….. thank God it wasn’t me” instead of defending their neighbor as we used to do.  This is equivalent to running from the battlefield while the real heroes hold the enemy at bay, or advance upon the enemy.

The examples of those government sacrificial lambs would fill volumes, but you never hear of them.  The Hages and Bundy’s, Nevada ranchers, suffered the wrath of the federal government on the dragon of environmentalism.  Wayne Hage died during the fight, his son gave up and the government prevailed.  The Bundy’s finally prevailed but at great cost.  The Sacketts of Idaho endured the stings of the Environmental Protection Agency with fines totaling $37,500 per day just because they wanted to build a home on their legal building lot, but the EPA designated it a wetland.  It took a trip to the U. S. Supreme Court for the Sacketts to win against the EPA.

Now a decorated special forces soldier, Major Mathew L. Golsteyn, may have to face a court martial because during the heat of battle in Afghanistan he executed a Taliban bomb maker that had killed two of the Major’s men.  Isn’t that what you are supposed to do in war?  Major Golsteyn could face the death penalty.  But the Army let a coward/traitor like Bowe Bergdahl off the hook and gave him a dishonorable discharge.  The Taliban got five savage leaders in return for Bergdahl, that have now re-entered the battlefield.  They are very likely to kill more Americans and every death will fall on Obama’s head.

Is it true you are just a coward
And afraid to be free?
Do you tremble in the darkness
While you’re on bended knee?

Are we so afraid to defend our freedoms that we will wait until the jack booted thugs break down our door and take us and our children away because we violated some law, buried in a million laws of which we had no knowledge?  Do we fear authority so much that we now won’t question any authority?  Are we not of the same lineage of those that gave their lives to preserve our freedom for the last 242 years?  Does not the blood of patriots run through our veins?  Or, has our collective American blood turned to jelly?

Will you instead gather up your bravery
And join the fearless in our midst?
Will you save America from slavery
While shaking a determined fist?

Will you use the intellect God gave you,
And apply it to the fight?
Will you heed the haunting cry
To set our country right?

Ladies and gentlemen, we don’t have to resort to frontier justice “…. to set our country right.”  The tools to win were handed down to us from our Founding Fathers in the form of a Constitution that took our natural, God-given, individual rights and codified them into the supreme law of man.  All we need is the courage to fearlessly proceed under those essential tools of freedom and restore the vision of those great men for our time and our children and grandchildren’s time, unless we cower in fear, or refuse to challenge authority because of that fear.  In a Constitutional Republic, the people have the power, but only if they choose to exercise that power.  Unfortunately, the government has become so powerful that it will take millions of united Americans and a willingness to sacrifice the easy life, to return the government to the constraints of the Constitution.

So we ask each freedom-loving American,
Will you settle for chains and slavery?
Or will you get up off your can,
And engage in the fight for liberty?

The question is: “Would You …..?”, or “Will You …..?”.  If you don’t, you may very likely condemn your children and grandchildren to slavery ….. if you haven’t already.  The hard fact is, you are not going to get out of this war, and it is a war, without getting a little bloody.  The sooner the people realize it, the sooner we can get on with the fight.  If you are serious about defending American liberty, we strongly suggest that you read our “I Shall Not Bow Down” pledge HERE.  Perhaps it will inspire you and provide the motivation to get involved.

This will be our last article for 2018.  This year we have written at least 50 articles on freedom, liberty and property rights.  We may start up again in 2019 but lately, it seems like we are just wasting a lot of time with empty words that have all the impact of a grain of sand on an infinite sandy beach, swept away by the shifting tides.

Nevertheless, we’ll take this opportunity to wish all of our readers a peaceful and memorable Christmas with family and friends.  As we have written many times, family and the love that binds family together, is the glue that holds a society together.  If our families unravel, if we let the addiction of decadent pleasures get in the way of our common sense, logic and intellect, if we let government win, we have no chance for freedom and we will descend into “Paris-type” riots in every major city on the planet, or worse, third-world debauchery.

Finally, if you are a rural landowner, be sure to check out our powerful website HERE.  You will be glad you did.  It contains the tools to keep government on the other side of your property line.  We have been advocates for the rural landowner for 14 years.  Next year we plan to up the ante for rural American property rights with the “American Constitutional Property Rights Protection Federation.”