It’s not about who is real in your face, it’s about who stays loyal behind your back.

I have learned to hate all traitors, and there is no disease that I spit on more than treachery. Aeschylus

Matt Drudge’s headlines on Wednesday morning, 3 January 18, linked to an article from The Guardian, one that was headlined, Trump Tower meeting with Russians Treasonous, Bannon says in explosive book.  Matt Drudge is not a hardcore Trump supporter, so I have to question his promotion of the leftwing Guardian article.

Alleged inflammatory quotes from Bannon about President Trump and his family are in Michael Wolff’s tawdry tabloid, Fire and Fury.  Who is Wolff? Well, he’s certainly no conservative. In a review of Wolff’s book Burn Rate, Brill’s Content criticized Wolff for “apparent factual errors” and said that 13 people, including subjects he mentioned, complained that Wolff had “invented or changed quotes.”  Check out, The truth about Burn Rate. 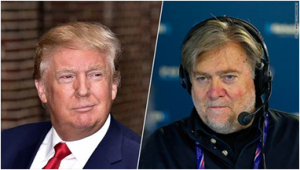 I didn’t believe the story about Bannon when I first read it, but I expected Steve to go on Dobbs, Carlson and Hannity’s shows last Wednesday evening and deny it.  He did not.  Now, Rebekah Mercer and her father, who funded Breitbart, have pulled their funding, and the new billionaire benefactor behind Bannon is allegedly Chinese businessman, Miles Kwok, aka Guo Wen Gui.

Leftwing website Axios claims Wolff has dozens of hours of recorded conversations with Trump officials even though many of them thought they were off the record. Perhaps that is why Bannon is not denying the words he’s been quoted as saying, even if they’ve been embellished by Wolff.  However, Sean Spicer said in an interview that Wolff claims he just took notes. 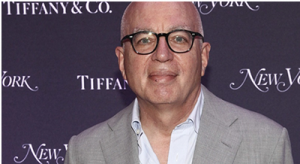 “A provocateur and media polemicist, Wolff has a penchant for stirring up an argument and pushing the facts as far as they’ll go, and sometimes further than they can tolerate, according to his critics,” Washington Post media reporter Paul Farhi said in one report.  “He has been accused of not just recreating scenes in his books and columns, but of creating them wholesale.”

Roger Stone has said, “Based on many years’ experience with him, anything Michael Wolff writes has to be taken with a grain of salt.”

President Trump called out Michael Wolff for the lies in his book, and well he should have.  Wolff admits not everything in his book is true and that he said whatever he had to say to get his story.  He printed and embellished “off the record” statements, and therein lies the deceit.  His claims are irresponsibly absurd.

Claiming our President is dumb, childlike, that he’s a moron, he doesn’t like to read, he’s mentally unbalanced, etc. is pure libel.  Trump did three and four rallies per day during the campaign, and has given some of the finest foreign and domestic speeches we have heard from a president in over 50 years, not to mention his first year accomplishments. Tell me how many people could accomplish in their lives what President Trump has accomplished!  Our President is brilliant and in charge, and the left hates it, and they denigrate him for it.  Obviously, publishing company Henry Holt and Co. is printing Wolff’s pile of dung because they know their leftist friends will love the lies.

Quotes attributed to longtime Trump friend Thomas Barrack Jr. and former White House adviser Katie Walsh were denied or disputed.  Tom Barrack adds, “It’s clear to anyone who knows me that those aren’t my words and are inconsistent with anything I’ve ever said.” He says Wolff never ran that quote by him to ask if it was accurate.

Wolff reported that Melania Trump cried when her husband won the election because she didn’t want him to win.  However, it’s a well-known fact that Melania actually encouraged her husband to run for President, and was thrilled when he won.

Roger Stone said that Bannon was right on one thing, that Don Jr. should have had an attorney with him when he met with the Russian woman who claimed she had info on Hillary, but there was nothing illegal or treasonous about it as Bannon was quoted as saying.

Rush Limbaugh said that he believes Steve Bannon was responsible for the majority of the first-year leaks coming out of the Trump administration.

“Steve pretends to be at war with the media, which he calls the opposition party, yet he spent his time at the White House leaking false information to the media to make himself seem far more important than he was,” the president added.

Any attacks on our President’s children are verboten whether you like what the children do or not, and that’s where Steve Bannon’s alleged statements against Don Junior and Jared and Ivanka have created animus from Mr. Trump.  Our President trusts his family, and well he should over any outsiders.

The leftist nest of vipers loves this distraction because it keeps us from concentrating on the 2018 primaries, our President’s goals to build the wall, stopping the cultural changes to our country via illegal immigration and refugees, i.e, DACA, the need for revitalized infrastructure and so much more…

Way too much work needs to be done to waste time with this goofy Wolff book nonsense. The Democrats lost, the people have spoken. The reason Democrats were defeated across the board in 2016 is their propensity towards lies and their lack of substance beyond anything but mindless violence, identity politics, worship of jihad, abortion on demand, and the planned decimation of U.S. sovereignty, and the Wolff book is just more of the same.

Since the 2016 election rejection, the Democrats have doubled down on each and every one of these things and blocked the will of the American people. They will continue to slap the U.S. middle class in the face and they will continue to lose. Our efforts need to be focused on rebuilding our government and helping our President pass the legislation he campaigned on.

The populist hero to conservatives has now fallen out of favor with most conservatives, and we’re all sad about it, and we don’t even know if any of this garbage is true, but Bannon needed to immediately deny Wolff’s statements and in not doing so, he is destroying his own reputation.

Steve has made inflammatory claims and the President’s lawyers have told him to cease and desist.  It is a real distraction because finally, after a long stonewall, we are going to find the truth about the infamous dossier.  Was it used as an excuse for domestic spying on the Trump campaign?  It sure looks like it.

Was it the reason the FBI began the investigation in the first place?  Looks like it.  Don’t forget that dossier was paid for by Hillary Clinton, and it contains scurrilous and fake material that the President has described as a pile of garbage. Now we’ll get the documents that will reveal how the FBI and Justice Department used that dossier.  This is political dynamite, and far more important than Bannon’s provocations.

Before the election, the Clinton team paid millions of dollars to Fusion GPS.  They were looking for dirt on Trump.  Fusion comes up with a pack of lies called the dossier and created by British spy, Christopher Steele.  They release it to the media.  And it gets worse.  The FBI got that dossier and what did they make of it…pack of lies, and did they use it to spy on the Trump campaign? Yes! Is this how Russia, Russia, Russia got started?  We’re going to find out.

This week the establishment media is all over Bannon’s comments, and it is a distraction.  The real story is about the cabal of the Obama supporters buried in the FBI and the Justice Department who interfered with a presidential election.  Hats off to the handful of Republicans who have pushed to get to the truth.  It’s not about Trump and Russia, it’s about a Deep State conspiracy.

The entire Wolff book is nothing but made up allegations to distract us from our goals and the President’s campaign promises.  Discard it and move on.

We do not know whether this is a total betrayal by Bannon or whether it’s fake news…or even if it’s a combination of both.  Perhaps the President’s Fake News award should go first to Michael Wolff for this volume of fictional excrement.

Nevertheless, we need to set this aside and go for the throat on renewed efforts to root out the corrupt Clintons, the lies of the DOJ and FBI, and fight for our President to complete his promises to the American people.

Trump’s first year achievements are legendary, despite the hatred and enemies of freedom.  Donald J. Trump is the very leader we need to straighten out the mess we are left with by decades of globalist leaders.  Pray for our President and his family, and pray for our country.  Donald J. Trump is Making America Great Again and we need to support him!

P.S. Folks, the journalists at NewsWithViews spend hours in research to bring you the truth of what is going on in our beloved country.  Subscribe to NewsWithViews’ daily email alerts by sending in your email address, and you’ll receive some of the finest researched articles in your in-box every morning.  Please too, help us stay alive by supporting NWVs with your monthly donations.