One of my favourite illustrators was Annie Vallotton, who is best known for her stick figure illustrations which feature in the Good News Bible.

Who would have thought that simple black and white pictures could convey powerful messages; but in Annie’s illustrations it would be fair to say that the holy-spirit certainly speaks through them.

The most striking illustration which always intrigues me is one of many people all carrying crosses.  In the illustration there are young and old people, and some are very small children.  The crosses are also of different sizes.   The caption reads:

The picture indicates we are all carrying some sort of cross in our lives, and a good friend explained to me once that our crosses are made lighter by Christ inside us who bears the heaviest part of that cross for us. I love that. There are sometimes issues in our lives that could crush us if it were not for a strength that is bigger than our own weak selves. 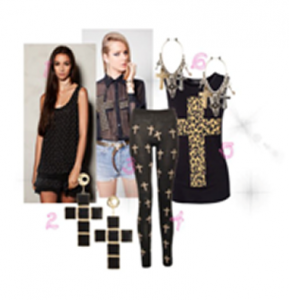 People are very good at wearing crosses, you see them all around you, but they are not very good at carrying their cross or of knowing how to.    We talk the talk, but can’t walk the walk.

Crosses can make a statement of faith or also a statement of fashion.   You sometimes see large diamond studded crosses hanging round a person’s neck, and you sometimes see them being paraded down the aisles of a church.   But who it is that wears them is not always a true reflection of truth. You see their hypocrisy. Fashion has infiltrated churches and watered down the message of the cross.   There are many theologians who are now fashion-statement bearers.

Therefore, discovering the truth, or having the truth revealed to you, for many Christians, has become a singular journey now outside the confines of organized religion, church buildings and fellowship.

The Conversion of the Church of England

It is very sad to say that if you are looking for answers you will not find them today within the Church of England as a whole. Many Christians have lost all respect for what is known as the General Synod of The Church of England in the UK who can make decisions which, if approved by the Houses of Parliament, can define the law and also influence the spiritual lives of their congregations. Unfortunately, they have failed to convey the message of the gospel and the many people which they should have really helped, stand outside its walls.  Weakness is epitomized in many of the clergy who cannot speak the truth in love, or offer hope to people who look for true answers.

It is disappointing that the Archbishop of York, Dr John Sentamu is reported as saying “The sooner the practice of so-called conversion therapy is banned, I can sleep at night”.

One might initially think the conversion he speaks of is the conversion of the church, but his remarks are aimed at the counselling and the help that many people seek for unwanted same-sex attraction.

By calling it ‘so called conversion’, he suggests that people are being forced or manipulated into seeking help to change their nature, rather than return to their basic nature and to what they feel is right.   The church, in this respect, overlooks the thousands of people who have found great help and support in talking to someone who understands; which includes people who were sexually abused as children and feel their same-sex attraction is somehow connected to that experience!  It includes the many people who feel their need for a fathers love became sexualized at some point in their lives.   It includes the similarities in a person’s childhood or a trauma that can be identified in so many stories, which at least offers some basic understanding of the spiritual war they may be experiencing.

Should the church be trivializing and dismissing the very real changes that many people want and have experienced.   Why are their stories being silenced?

Often opponents to present day therapy will bring up the use of electroconvulsive therapy or castration which was once used against people with homosexual tendencies, but this is not used in modern day counselling.   However, ECT, electroconvulsive therapy is still widely used for mental health conditions which can include depression or psychotic episodes.  It could be considered to be a violation by any number of people.  It may certainly be a cruel answer to a spiritual problem.   You can read about how ECT is used today here:

The motion to bring about the banning of therapy was bought to the General Synod by Christian gay rights campaigner Jayne Ozanne stating “the therapy is potentially harmful with no place in the modern world”.

But here is the hypocrisy.   It is reported the Church of England overwhelmingly called for a ban on such therapy for gay Christians after overwhelmingly affirming transgender people in the church.   What sort of double standard is this that would remove the choice from one group of people and then affirm the choice of another, and are they aware that organisations, who offer help for unwanted same-sex, also have to offer help to many trans-gender people who regret the transition that they made?

Children and adults who look for answers as to why they have certain feelings often feel extremely rejected by God.   There can be no denying there is a certain amount of suffering and bullying that they may have experienced.  Society is cruel on many people for many different reasons.   They will however sometimes look to the church or the medical profession for an answer.   They should be more consciencous of what they say in the position that they are in.   Sadly, they are not.

From strongly criticizing and condoning certain behaviours to affirming or being indifferent to certain behaviours they have failed on both accounts to give the correct understanding, merely because they are fashion statement bearers.    There is no real spiritual love in their actions.

Spiritual and physical abuse within religion has destroyed many believers.

When drawing her many sketches for the Good News Bible it is reported than Annie Vallotan would often draw them up to 90 times to get each illustration right.   She wanted to make her drawings simple and she wanted to convey the truth.   I am only guessing the truth was more important to her because of those repeated efforts that she made.   Something wasn’t quite right with the picture.

The illustration of the many people all carrying crosses indicates a message which should resonate with many people if they are lovers of the truth, and if they wish to follow Christ.

My understanding is that God loves people who go to him, but he has never told them to stay just as they are

Fashion wearer or truth bearer?   It is good to have discernment when faced with those wearing crosses who give you advice, if you are really searching for the truth.   It really is a matter of life or death.   Who do you listen to?   Maybe, the still small voice of God himself.

Will you bear your cross, or will you just wear it……?

Will you sleep easy tonight?