BLM and ANTIFA: Death to America

The current rioters’ sense of victimization is a reaction that frequently goes hand-in-hand with displaced aggression on a convenient safe target. The aggression can be verbal, physical, or a combination of the two.

The longstanding slogan “Death to America and Israel” vilifying the U.S. and Israel started in Iran by the occupying rulers. No ordinary Iranian has ever used that filthy phrase. When the media unknowingly attributes or refers that Iranians on the anniversary of the Islamic 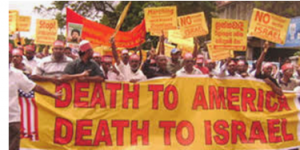 Republic chanted Death to America, they are being deceitful.  They are not making a distinction between the people of Iran and the regime. Iranian people respect both the US and Israel. These paid regime’s apparatus and agents, like (ANTIFA and BLM) who incessantly and by the order of Ayatollah Khamenei keep using the phrase “Death to America” on special occasions and anniversaries perhaps for psychological reasons.

If you look at both videos, you will see the similarities between the two. Antifa and BLM chanting Death to America. It is obvious that the Islamic Republic of Iran is very involved in training these domestic terrorists. After Forty-one years, it is easy to figure out their modus operandi.

Another reason the regime will never stop chanting their favorite phrase of Death to America is because of the Shah’s relationship with the US. Tsarist Russia to the north was dead set to annex much of what had remained of Iran and aimed to expand itself all the way to the warm waters of the Persian Gulf. Then there were the British who had colonized Indian Subcontinent and dominated much of the Middle Eastern Arab lands. Iran was next in line. The demise of Tsarist Russia gave birth to yet a more virulent threat of the Soviet Union. Of more recent time, the United States and its support of the Shah, who had an amicable relationship with Israel, made the U.S. and Israel perfect targets of blame.

It must be mentioned that Iran of today, on the one hand, has the potential of rapidly becoming a nuclear state and becoming a formidable adversary that would not settle for anything less than the total subjugation of the free world. On the other hand, in Iran’s people and culture is a genuine potential for replacing the doomsday-bent Mullahcracy and making Iran the free world’s staunchest partner with the U.S. in the Islamic world. If only the Trump administration realized this. 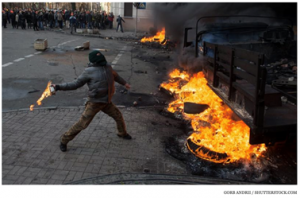 Here is the disturbing question, what if this violent domestic group known as Antifa offers perfect cover for jihad and secretly works with the Islamic organizations as an arm of violent jihad? On numerous occasions, Antifa has openly threatened to massacre American patriots and even President Trump. This group is one of Obama’s legacies, created  to inflict more pain on the American people. “Eight years of Obama’s leadership has left America demonstrably weaker and more divided. Rather than the promised “healing”—racial and otherwise—the Obama era frayed the ties that bind us.”

Like ISIS that grew rapidly and controlled large parts of Iraq and Syria, if BLM, ANTIFA and the source of their funds is not immediately blocked, it can become uncontrollable. They too like ISIS have support from other nations. In the case of ANTIFA and BLM, they have support from China and Iran. They are also supported by heavy weight organizations, including, Walmart, AT & T, Home Depot, L’Oréal Paris, Fox Corporation and the NFL.

Barack Hussein Obama in 2008: “We cannot continue to rely on our military in order to achieve the national security objectives we’ve set. We’ve got to have a civilian national security force that’s just as powerful, just as strong, just as well-funded.” Antifa and BLM are his ‘security force’ that is carrying out his objectives (communism and destroying the established order).

“In that time, ISIS went from obscurity, mocked by President Barack Obama as a terrorist “JV team,” to the world’s most brutal terrorist network, not only responsible for thousands of deaths in the Middle East but also linked to hundreds more in dozens of terrorist plots in the West.”

We should not reject the idea of Antifa to play a larger role in the aftermath of a Trump victory, only with a stronger emphasis on violence.

In short, freedom may suffer retreats periodically and tyranny may advance occasionally. Yet, the American people must be prepared to meet any challenge and pay any price to safeguard the precious treasure of freedom for themselves and to bequeath their legacy to the next generation. We cannot remain complacent or silent. Time is of the essence.