The Dem Communists are determined to make Washington, D.C. a separate state in order to add two more representatives for the House in order to swing all political actions to the left. They also intend to pull in Puerto Rico for the very same reason which would give them double advantage in making certain that only the left can make and pass laws. If the Puerto Rico and D.C. plot passed there would be FOUR extra representatives to defeat congress and the Senate. Basically that would end conservatism.

But the dumb Dems miss out on one fact. D.C. cannot become a state without changing the Constitution, which would require the approval of three-fourths of all states. Constitutional Scholars with verify this.

Furthermore how can a city, with only one area be a state, which has many towns and cities? Of course Dems do not think. They simply react to whatever stimuli they can lasso to push their radical agenda. 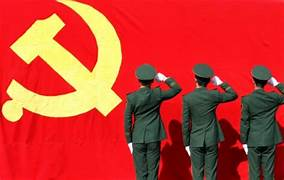 While this is being dealt with, it is time to put in place stiff sentences for anyone who defaces historical monuments such as statues and buildings. The first thing Communists do in order to take over a country, is to erase its history.

This was perfectly demonstrated by John Dewey, a philosopher-educator-1859-1932. He was very close to the Soviet Union and Communism and made no secret of his profound admiration for their form of government, which was Communism. . He was enamored with the school system there and determined to bring the Soviet educational system to the U.S. which he did.

The first deed he notarized was the filtering out of all history of the U.S., knowing that a nation with no known history is the perfect candidate for manipulation, lies and treason, since the people no longer know who they are, what they are, and why they are. This weakens the population. That is the purpose of erasing history as is taking place on a gigantic level today in an attempt to embalm The United States.

Billionaire George Soros, a transplant from Hungary but now an American Citizen and home owner could and should be arrested and punished for treason since he hires rabble rousers such as Antifa, and BLM to unleash total unrest and chaos throughout America.

He has created several patriotic sounding organizations (deception) with the purpose of taking down America and putting us all under Communism. ATT: U.S. IT IS PAST TIME TO ARREST THIS TRAITOR AND CHARGE HIM APPROPRIATELY. Only problem, he owns too many of our country’s leaders. So we may have to dust off our muskets.

His money is employing those who tear down historic statues and monuments. Officials take notice! It is time to arrest anyone caught destroying and vandalizing historic displays and sentence them to prison for 10 years of hard labor. Yes, hard labor, even though some may not be that strong, for sure mentally.

After all, they were strong enough to pull down these solid metal statues which means they are strong enough for hard labor for taking part in the destruction of the greatest country ever established. We must take a firm stand for the sake of The United States of America where people can be free to follow their dreams. Any additional infractions will result in the doubling of their sentences.

Included in the house cleaning, Biden must be impeached before he succeeds in totally wrecking our country, which is why they shoe-horned him in. On top of other idiotic ideas, he now is going to require all doctors and hospitals to give sex change surgery to anyone who wants it. And that includes Catholic and other Christian hospitals.

What Biden is doing is to tear down respect for any part of America and politely hand it over to the Chinese Communists.

It would be wise to put God back into our lives and to get back in the habit of going to church. At this point it is His strength we need, not our own.