As the director of the Defense Intelligence Agency (DIA) from July 2012 until he was forced out in August 2014, Lt. Gen. Michael Flynn (Ret.) clashed mightily with the Obama administration’s policies on ISIS and the Iran nuclear deal, among other things. As a result, the decorated general put himself “on the wrong side of history” and at odds with the Obama-friendly deep state.

When then-President Barack Obama was informed about Russian, Chinese, North Korean and other nations hacking into the U.S. cyber-systems by his NSA, CIA, DIA and other agencies and Obama did absolutely nothing. In fact, in the Winter of 2015, a top intelligence news correspondent informed the nation and the world that there was probable-cause or reasonable-suspicion to believe President Barack Obama had his top intelligence people “revise” intelligence reports so his administration would deliver to Americans a Pollyanna view of the world especially in the so-called war on extremism formerly know as the war on Islamic terrorism.

In 2015, more than four dozen U.S. intelligence analysts formally filed complaints that their honest intelligence evaluations regarding the 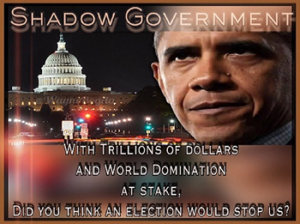 Islamic State of Iraq and Syria (ISIS) and al-Qaida’s branch Al Nusra Front in Syria were altered by superiors to prop up President Barack Obama’s false proclamations that he and his “national security team” are winning the war.

As previously reported in NewsWithViews.com, Fox News’ Chief Intelligence Correspondent Catherine Herridge was informed by her anonymous but reliable source, who is an associate of the CENTCOM intelligence analysts, that they were instructed to avoid negative reports. In fact, they received two emails saying the analysts needed to “cut it out” and “toe the line,” when submitting reports.

In an earlier report, it was reported that some of the intelligence community’s top analysts informed the Pentagon’s official watchdog that their reports had been systematically edited to backup President Obama’s — and his national security team’s — false narrative in which they claimed the air campaign against ISIS is more successful than it actually was. According to research by the National Association of Chiefs of Police, rogue FBI chief Peter Strzok held the position of Deputy Assistant Director of the Counterintelligence Division.

An example of this alleged fraud was the sworn testimony of General Lloyd Austin, commander of the U.S. Central Command (CENTCOM). Gen. Austin testified before the Senate Armed Services Committee that an multi-million dollar military program that was supposed to train a large number of Syrian rebels — about 1,000 was the number circulated by the White House — to fight ISIS resulted in producing an embarassing four or five anti-ISIS fighters for front lines.

According to the general’s testimony, American taxpayers are pouring an estimated $9 million per day on the war against ISIS since August 2014 and we have only Obama’s almost constant self-congratulations and amateur comedy act poking fun at those who point out the abysmal results of his foreign policy in the Middle East. 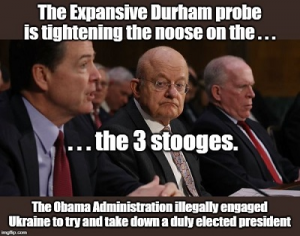 Two of the intelligence analysts assigned to the U.S. Central Command, or CENTCOM, wrote an official complaint and sent it to the Defense Department’s inspector general in July accusing their superiors of doctoring up their reports to make it appear that the Obama administration is winning against ISIS. Since then, more than 50 analysts given their own complaints in the hopes that someone in the U.S. government takes action. Some of those 50 analysts are officially employed by the Defense Intelligence Agency (DIA) and others are contractors.

Their complaints accuse their superiors that at times key elements contained in their intelligence reports were removed. They said that in the end an intelligence assessment did not reflect the analysts’ conclusions.

Unfortunately, the reports by Fox News’ Herridge, the Conservative Base and other news and commentary publications aren’t the whole story of deception and fraud. The complaints go far beyond alleged altering of reports. Some of the complaints have to do with accusations that some senior leaders at CENTCOM created an unprofessional and hostile work environment.

One source who is very familiar with the contents of one of the written complaints sent to the inspector general claims that the word “Stalinist” was used to describe officials overseeing CENTCOM’s intelligence analysis. “Although the analysts should be praised for not only coming forward as whistleblowers, but they should also be congratulated for blowing the whistle in a mature and constructive manner. This is one of the worst allegations of government corruption I’ve heard about since the days of Richard M. Nixon and Watergate,” said former military intelligence operative and police detective unit commander Franklyn Lovell, Jr.

“There’s only one problem: the reporters in the early 1970s despised Nixon and were more than happy to bash him, but the news media today loves Obama and although they will publish or air negative stories about him, they don’t want to see him fail. In fact, I will bet that these reporters already wrote their ‘comeback kid’ news stories in anticipation that nothing will come of any of the scandals in the Obama administration,” said Lovell. “The news media ‘stars’ were keeping their powder dry waiting for a Commander in Chief they didn’t like and wanted to harm him politically,” he added.

“Where intelligence starts and stops is at the White House,” Gen. Flynn said to Fox News.

“The president sets the priorities and he’s the number one customer. So, if he’s not getting the intelligence that he needs and he’s not paying attention to what else is going on, then something else is going wrong between him and the advisers that he has.”