Fascist, And Other Redefined Words 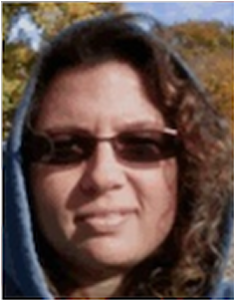 You know that scene in The Princess Bride where Vizzini keeps saying the same word, and Montoya says, “You keep using that word. I do not think it means what you think it means.”?

One of the basic strategies for restructuring society norms is to redefine words. But there’s no public statement of the “new definition”; it’s a subtle shift that eventuates into a takeover of the language and turns black to white and red to green, etc.

Being a writer, words matter. Words convey ideas, and if the word choice changes, the meaning can change. I strive to find the precise words I need to convey my ideas. I try to leave no room for ambiguity on what I’m saying. Ambiguity fosters misunderstanding and misinterpretation – a whole other set of problems. It is two different things to disagree and to misunderstand. 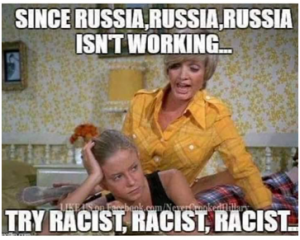 It becomes a catch-all phrase that strays far from its original meaning, and can now become whatever the writer (or voice) says it means. This can only lead to confusion, accusation, misunderstanding, etc.

Before long, the actual identifying definition of the word shifts to a new cultural connotation, which lends to all kinds of gray area and fuzzy interpretations.  This is done both deliberately and ignorantly.  Talking heads steal a narrative and coin a word but with their new slanted definition, and then ignorant listeners repeat it ad nauseam until the original meaning is obfuscated.

This is why we have two schools of thought on President Trump being a “racist”.  But who’s defining racist? 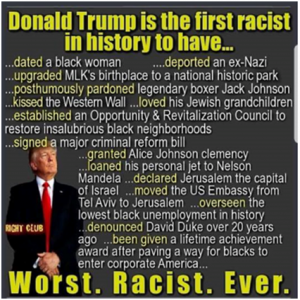 Think about your friends with different ideologies than your own. They may be “liberal” or a Democrat, but a lot of them are basically good people. They don’t lie, cheat or steal. They’re fair and honest. We can disagree with them on points of public policy and still be friends or love each other. But misunderstandings breed division and all kinds of hurt feelings.

My aunt was 95 years old when she died almost two years ago. She was a democrat all her life, voted in every election for the democrat candidates. She was amazing — full of love and life and compassion for others. Our politics never divided us, even though we disagreed on some points. In 2016 she voted Republican for the first time in her life because she just couldn’t cast a vote for HRC.

About two months before she died, I had stopped by to visit her and she was on her back porch. As I walked up she said, “How have I not been awake for this long?” I had no idea what she was talking about. She responded that she couldn’t believe it took her so long to see how destructive the democrats had become.

She had trouble seeing the destruction and demise because she was defining today’s democrat by yesteryear’s standard.  The terms had changed, but she didn’t realize it for a long time.  Our different ideologies were actually very similar.  We just differed on some definitions.  When she understood the “new” definitions, she no longer wanted to participate or identify with such.

I think if we’d find ways to connect with those of different ideologies and remove the barriers for misunderstandings, we’d be in healthier places. Some of those barriers are simple definitions.

But please don’t misunderstand me.  I am not saying we do away with basic right and wrong in an effort to compromise or show tolerance.  There’s a danger in that as well.

Consider the Hegelian Dialectic and its inherent problems.  It was developed in the late 1800s by the German philosopher for whom it was named, and it was the concept of taking two opposing views and steering people into camps of one view over the other.    The idea is to foster divisions in an effort to steer people into a compromised “middle ground”.  Keep in mind the “middle ground” they’re manipulating is the desired outcome anyway.

When we force a cultural or societal process of dividing people, (i.e. racist, fascist, sexist, misogynist, etc.), we play into the manipulation.  While I’m no advocate for an anything goes mentality and think there are clear markers for right and wrong and morality, usually most of humanity can agree on the extremes.  (Murder, rape, incest, pedophilia, etc are morally wrong and repugnant.)  But every extreme has its counter-extreme, and when we blur the morality lines on the obvious markers, the extremes compromise for an unhealthy middle ground.

Take, for example, sexual deviances.  Homosexuality in America used to be considered immoral and even a crime.  It was known as a mental disorder for decades.  When the dialogue got changed to introduce an opposing camp, (i.e. homosexuality is not wrong, it is inherent and thus not a moral issue), the conversation changed.  All of a sudden there was a “need” for a middle ground.  New paradigms insisted homosexuality should be understood as involuntary and thus tolerated.  “Coming out of the closet” became the new talking point, and in an effort to not seem extreme, compromise was encouraged.

This progressive push for a middle ground began to blur all the principles of right and wrong.  It went from accepting homosexuality as “normal” to mandating the sacred institution of marriage be extended to homosexuals.  At first they had “civil unions”, but now they have forced an acceptance of marriage.

I have an 1828 Noah Webster Dictionary, considered the first authority on the English language for America.  I keep it because I like to see how far words have strayed from their original meaning.  Marriage in the 1828 dictionary is defined as, “The act of uniting a man and woman for life; wedlock; the legal union of a man and woman for life.  Marriage is a contract both civil and religious, by which the parties engage to live together in mutual affection and fidelity, till death shall separate them.  Marriage was instituted by God himself for the purpose of preventing the promiscuous intercourse of the sexes, for promoting domestic felicity, and for securing the maintenance and education of children.”

Today’s Encarta defines marriage as, “a legally recognized relationship, established by a civil or religious ceremony, between two people who intend to live together as sexual and domestic partners.”

Somewhere along the way “marriage” was redefined.  Now in some places you can “marry” your sibling, your parent, your child or even an object.  This is the Hegelian Dialectic on steroids, with the desired outcome of redefining morality, or maybe just making morality obsolete.

Once you start down the slippery slope of redefining words, the slope accelerates rapidly.

Blurring sexual deviancies progressed to blurring gender.  Things as simple and clear cut as basic biology have now been redefined.  One can simply BE whatever one IMAGINES.  This extends from the opposite gender, to an animal, to a different age, etc.  There is no place on this downward spiral for reality.

My aunt and I had different ideologies in part, but not different principles.  Neither of us lie, steal or murder; marriage is a monogamous relationship between a male and female, etc.  In our basic morality of right and wrong, we were in agreement.  The Hegelian Dialectic, when used to bring cultural or societal change, will drive extremes to provoke compromise especially on moral ground.

The process of changing customs, cultures, traditions and whole societies can in part be traced to redefining basic principles, including terms.

Take for instance, “fascist”, one who is an advocate and adherent to fascism.

This is a word that’s been taken over to slap on anyone whose ideology differs from your own. Conservatives are constantly being called “fascists”. But we’re not, by definition alone. We have no desire for an authoritative government. In fact, we want the opposite. We have no desire to suppress differing views or opposition.  (Isn’t that what the social media heads are doing to conservatives??)

What do you think of when you hear “fascist”? Or “racist”? It’s an immediate negative connotation. Don’t we think of Hitler, Mussolini, oppression, slavery, prejudice?  If those terms can be redefined and slapped on differing ideologies (even though they don’t fit the definition), there is a social recoil from those with that label.  That’s deliberate. It’s an intentional dividing line people try to make when they resort to fabricated definitions of words slapped on people they disagree with.

Mainstream has gone so far as to call ANTIFA “anti-fascist”! That’s laughable just by definition! Yet a fascist is the term constantly accused of anyone that differs with liberal policies.  They have labeled those who want the liberties afforded in our Constitution as “fascists”.  Example:

When mainstream hijacks the narrative like that, the damage has ripple effects.  Those who have been miscategorized are placed on the defensive, or placed in a position where they are compelled to “compromise” because they don’t want people to think they’re “fascists” or “racists” or whatever term has been misapplied.  We no longer have an honest discussion, and we are no longer discussing ideologies or disagreements.  We are wasting time defending accusations caused by misunderstandings, ignorance and deceit.  There is no positive outcome in that scenario.

According to this table, there are no current national governments defined as “fascist”. You have to go back to the World War eras to find one.  Yet we have a people group insisting the republican party and/or conservatives are “fascists”.

And this article is fantastic. It breaks down the very definition of fascist governments and leaders by actual history, and not some mumbo jumbo from talking heads.

The author says: “Fascist states are characterized by the following: One party governance; private property is tolerated so long as it serves the state and not the individual; corporations are tolerated so long as they serve the interests of the state and not shareholders; and economic nationalism is pursued not through free trade but via trading blocs based around a shared identity (mythical or not).”

ALL of these traits are absent in most Conservatives’ ideology.  All of these traits are in opposition to the U.S. Constitution.  But mainstream has hijacked these terms to reflect negatively on their political opponents in an effort to broad stroke negative connotations to anyone who disagrees.

Emphasize that fascism by definition is the opposite of the U.S. Constitution.

We need to change the narrative by refuting the erroneous labels being placed on one another.  We need to return to the basic definition of terms and use them accordingly.  This could alleviate all sorts of misunderstandings that have been fostering accusations and division, and provide for a common ground for meaningful dialogues.

Additional articles on the subject of redefining words: