For Millions of Us, Watching America Die Is Gut Wrenching

“‘Tis a cruel and terrible thing to witness the death of an old friend, body riddled with disease, emaciated, disfigured and racked with convulsions, his youthful energy, pleasing smile and happy disposition a far distant memory.  One wishes for a merciful death and yet one holds out hope that somehow your old friend will be miraculously healed and restored to good health, even though you know in your heart that certain death has him firmly in its grip.”  —Ron Ewart

President Trump gave an excellent State-of-the-Union speech a week ago.  He closed his speech with these words:

“It was that same yearning for freedom that nearly 250 years ago gave birth to a special place called America.  It was a small cluster of colonies caught between a great ocean and a vast wilderness.  But it was home to an incredible people with a revolutionary idea:  that they could rule themselves.  That they could chart their own destiny.  And that, together, they could light up the world.  That is what our country has always been about.  That is what Americans have always stood for, always strived for, and always done.”

“Atop the dome of this Capitol stands the Statue of Freedom.  She stands tall and dignified among the monuments to our ancestors who fought and lived and died to protect her.  Monuments to Washington and Jefferson — to Lincoln and King.  Memorials to the heroes of Yorktown and Saratoga — to young Americans who shed their blood on the shores of Normandy, and the fields beyond.  And others, who went down in the waters of the Pacific and the skies over Asia.” 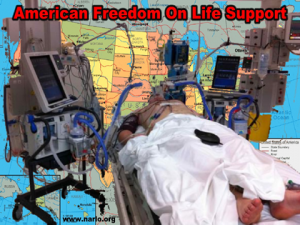 “And freedom stands tall over one more monument:  this one.  This Capitol.  This living monument to the American people.  A people whose heroes live not only in the past, but all around us — defending hope, pride, and the American way.”

“They work in every trade.  They sacrifice to raise a family.  They care for our children at home.  They defend our flag abroad.  They are strong moms and brave kids.  They are firefighters, police officers, border agents, medics, and Marines.”

“But above all else, they are Americans.  And this Capitol, this city, and this Nation, belong to them.  Our task is to respect them, to listen to them, to serve them, to protect them, and to always be worthy of them.”

“Americans fill the world with art and music.  They push the bounds of science and discovery.  And they forever remind us of what we should never forget:  The people dreamed this country. The people built this country.  And it is the people who are making America great again.”

“As long as we are proud of who we are, and what we are fighting for, there is nothing we cannot achieve.  As long as we have confidence in our values, faith in our citizens, and trust in our God, we will not fail.”

We applaud and agree with his words of hope.  They were moving, inspirational and patriotic.  Unfortunately, those words belie where America is today.  America is hopelessly divided by two opposing ideologies that are in direct conflict with each other, with no signs of compromise, only division, bitterness and vitriol.  We are further divided by race, gender, creed, religion, language and culture.  Government did that to us to increase its power over us and we let them do it.

The Declaration of Independence by the people wherein it states that: “Whenever any Form of Government becomes destructive of these ends, it is the Right of the People to alter or to abolish it, and to institute new Government, laying its foundation on such principles and organizing its powers in such form, as to them shall seem most likely to effect their Safety and Happiness” has now been rendered against the law by federal statute.  (See: “Title 18 USC Section 2385“)

The U. S. Constitution lays in tatters on a dark, dirty, deserted street, scattered among the wind-blown trash.  The intent of the framers is considered to be old fashioned and out of date, unless it is recalled for political reasons by one party to impeach a president of the other party, with questionable evidence and hollow arguments.

The U. S. Congress has become impotent, inefficient and dead locked.  Major problems that can only be fixed by Congress are ignored.

Americans are burdened by crushing regulations and exorbitant taxes, allegedly for social and environmental policies that sap the strength and vitality out of the American people and make them weak and dependent. The regulations and taxes are a great sucking sound of the economic and creative life of America’s production and services.  It turns out that Free-stuff sells much easier to weak people, than free-dom.

Socialism, radical environmentalism and global government have infiltrated and sabotaged the pillars of our freedom and undermine our liberty.  Treaties and unconstitutional laws have savaged our sovereignty and national identity.  (See: “USMCA – Americans Sold Down the River ….. Again!“)

Our borders are being overrun by illegal aliens that exploit our generous benefits, with no thought of assimilating into our culture and values.  They bring crime and disease with them.   Forty-four Democrats in the U. S. House have proposed the “New Way Forward Act” which will make it virtually impossible to deport illegal aliens and makes Americans pay for aliens previously deported to be brought back to America.  It probably won’t pass the Senate, but who knows, it might.

Our public schools and colleges have become institutions of socialist, environmental and one-world indoctrination, not institutions of objective learning.  Is it any wonder that parents want to send their kids to private schools?

The news media, print, radio and TV, and academia have thrown off the mantel of objectivity and sided with one of the ideologies where it promotes and fosters that ideology while tearing down and demonizing the opposing ideology.

Our roads and bridges are crumbling as Congress engages in acts of divisiveness, contempt and hate.  We are being forced out of our cars in favor of mass transit.  We are being driven out of our rural areas into crowded and crime-ridden cities, in the name of radical environmentalism.

Un-ratified by Congress, United Nations Agenda 21 policies of sustainable development, smart growth and infilling have taken over urban planning.  The American dream of owning a single-family home is discouraged in favor of massive apartment buildings.  Giant homes are built on small lots with no place for kids to play or grow a garden.  Only the upper middle class and the very wealthy can afford a single-family home.

Our health care system is horrendously expensive and a government-created debacle.  Congressional infighting makes it impossible to fix.  Medicare-for-all is now the rallying cry of the left, without regard to the fact that it would destroy our economy and force 180,000,000 Americans off of their private health care plans.  The Democrats’ “Obama Care” was the foot in the door for single-payer health care.

Climate change propaganda, alias man-caused global warming, permeates our daily lives.  It’s in our schools and colleges.  It is drummed into us through newspapers, endless TV shows, the daily news and documentaries.  Even corporate America has bought into the fraud and is now pledging to go “green” by some date certain.  The Democrats’ “Green New Deal” is a cruel joke that could send Americans back to the living standards of pioneer days.  The fraud of man-caused global warming is shoved down our collective throats from every direction, even though credible, repeatable science and scientists have debunked it. (See: “Climate“)

Prosecutors have gone soft on crime.  Petty and sometimes violent criminals are released without bail to offend or kill again.  Judges mete out soft sentences for heinous crimes.  The two black shooters that caused panic, mayhem, injury and death on a downtown Seattle street a few weeks ago were arrested over 75 times between them for prior infractions but they were set free to shoot, kill and rob.

Tens of thousands of illegal aliens are killing, robbing, stabbing, raping and smashing into legal Americans with their cars and are then given sanctuary by some cities and states.   These alien criminals are then set free by local law enforcement even though ICE has issued a detainer for them.

But for the victims of these crimes there is little to no justice.  Kate Stienle’s parents of San Francisco sued the U. S. government for the killing of their daughter by an illegal alien.  The case was dismissed.  Justice denied.

The right to bear arms under the Second Amendment is under constant attack by Democrats and if the attack continues unabated, could lead to a civil war.

Rural landowners are being asked to bear almost the entire burden of environmental protection while their urban cousins get off scot-free.  Environmental regulations plague landowners such that their right of use, one of the four pillars of property rights, has become a barren right.  They are fined and heavily penalized by the EPA and other government agencies for almost any activity.  Recourse in the courts is mostly unavailable.  Eminent domain abuse by all levels of government has risen.  Rural landowners are a disenfranchised minority and are constantly under attack by environmentalists and the government with no political or judicial recourse.  The environmentalists’ majority vote in big cities lord over the beleaguered rural landowner.

In spite of President Trump’s words of “everything is great in America”, everything is not great in America.  In fact, “America’s Freedom Is On Life Support” and anyone that believes otherwise is ignoring the facts.  How can anyone account for socialist Democrats Bernie Sanders, Elizabeth Warren, or Pete Buttigieg being taken seriously by voters ….. in what was once a Constitutional Republic?

Watching America’s disintegration and retreat from freedom and a mad rush into socialism is heart breaking and gut wrenching, especially for seniors.  Seniors (over 65) have a much broader perspective of America’s history and values than do the millennials or their parents.  For seniors, gone are the hardships of making a living and raising family.  Gone are the distractions of sex, drugs, money, raw entertainment and debauchery, so they see more clearly.   But gone too is the energy needed to fight a battle, or solve a problem.  Taking up the fight against government is mostly a physical impossibility for seniors, even though many try.   Most of the people that respond to our articles are over 70.

America faces huge problems, many of them politically un-resolvable.  Who will save America from committing national suicide?  If government refuses to fix the problems and freedom is to be preserved, then it is up to the younger generation to find solutions.  But the younger generation is spoiled, high on drugs, distracted, apathetic and disinterested, or simply doesn’t care.  Millions of millennials are openly embracing socialism.  Many of America’s big cities emulate the Biblical twin sin cities of Sodom and Gomorrah.

So the nation’s problems persist and millions of us are being forced to helplessly watch as America slides unstoppable, from freedom into socialism.  Does “certain death” have America firmly in its grip, or will WE THE PEOPLE miraculously heal our diseased, emaciated and disfigured nation?

Perhaps if Trump is re-elected, America might have a chance to save itself.  But even if he is re-elected, there is no guarantee that he can stop the SLOW-MOVING SOCIALIST AVALANCHE that started under the Progressives over a century ago.