Home/February 2018, Opinions/Get Tough With Your Elected Officials And Your Pastors

Get Tough With Your Elected Officials And Your Pastors

I’M TIRED OF YOUR REPENTING

On January 26th, I received information that there seems to be a weird link between the Las Vegas shooter and the Bohemian Grove. Sheriff Joe Lombardo reported that law enforcement recovered hundreds of photos of child pornography from the computer of Stephen Paddock, the man said to be the Las Vegas shooter. Several prostitutes who knew Paddock came forward after the shooting and reported the violent nature of his sexual deviancy. Investigative reporter, Jake Morphonios, speculates that the FBI knew of Paddock’s sexual issues and may have extorted him to work for the agency in return for not being sent to prison. Stephen’s brother, Bruce, was arrested in Los Angeles last October on charges of possession of child pornography. A third brother, Eric, has admitted that he and his brothers were “bad kids” and have criminal secrets.

But here is where it gets even more interesting. The Paddock brothers own two homes in northern California that are within a mile to the edge of Bohemian Grove, a 2,700-acre wooded area used for secret meetings and Satanic rituals and where the powerful alive and well and growing participate in drug taking, orgies, sacrifice of child-like effigies gather the last two weeks in July.  Oregon’s own Republican Senator Mark Hatfield, allegedly a Christian, has been known to have attended as well as presidents, vice presidents, prime ministers, leading scientists, the wealthiest men in the world and other members of the elite. 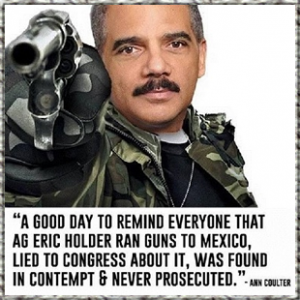 As you read the article about Hatfield and our corrupt government, it should also be noted that the Bohemian Grove sits in the shadows of Santa Rosa, California where geoengineered Microwave fires burned people alive and houses to ashes and many left homeless within days after the Las Vegas shooting.  After Santa Rosa fires, many more were made homeless in southern California by more fires and California is still in the headlines as a Sanctuary State.  Some may be wondering, where is God? I was reading in Jeremiah 15:6,7 Thou has forsaken me, saith the Lord, thou are gone backward; therefore, will I stretch out my hand against thee and destroy thee; I am weary with repenting. I think that scripture can apply to the whole United States as well because things have grown worse and worse, robberies, shootings, murderers ad nauseam.

It has been reported by victims that pedophilia and homosexuality are rampant during these events. One survivor says children have been abused and even killed at Bohemian Grove where leaders secretly attend in Sonoma Valley, Ca. So is it a mere coincidence that three brothers who are deeply involved in child pornography just happen to own two homes near the edge of the Bohemian Grove?  If it is not coincidence, what might the connection be to the FBI and the Las Vegas Shooting asks Need to Know News.  Knowing that government agencies do, indeed, use tactics like those described to coerce people into going their dirty work, it is not unreasonable to consider these questions. However, we must be aware that, at present, this is till just speculation without conclusive evidence says the article.

The January 8, 2018 NEW AMERICAN article describing the Underbelly of the Intelligence Community that has been trying to impeach President Trump since his election reports even Congress is not safe from the Deep State intelligence machine’s illegal snooping. In 2014, Senate Select Intelligence Committee Chairman Diane Feinstein (D-Calif) exposed the CIA for spying on her committee’s staffers charged with oversight of the CIA. She also accused the agency of deleting files from the Senate committee’s computers. “It may have undermined the constitutional framework essential to effective congressional oversight of intelligence activities or any other government function,” she said on the Senate floor, adding that several CIA officials had admitted the scheming. With the ability to spy on lawmakers (or Supreme Court justices or presidents) comes the ability to blackmail them, too. No wonder Senate minority leader, Senator Chuck Schumer (D- N.Y) says the Deep State agencies have “six ways from Sunday” to get their enemies. The bloated “intelligence community” bureaucracy, which is made up of some 16 (known) individual bureaucracies, includes the well-known CIA, the NSA, and the Defense Intelligence Agency (DIA) It also includes many lesser-known bureaucracies  burrowed into various Cabinet-level departments.

Some functions of these bureaucracies, of course, are critical to national security. And many employees of the agencies are decent, patriotic Americans working hard to keep America safe. But there is a dark underbelly to the intelligence community. If left unchecked, it literally threatens liberty and self-government.  However, nearly all these decent, patriotic American employees in these agencies gave campaign contributions to Hillary.

The article goes on exposing the dirty dealings of the Deep State’s enormous spying powers that are supposedly being used to protect the American people and their freedoms from the threat of terrorism. Supposedly the intelligence apparatus is watching us for our own good. But who is watching the watchers? No one because Senator Diane Feinstein and her committee are likewise being undermined. Some of their actions extend way beyond illegal spying to include torture in contravention of U.S. laws, assassinations without due process and the toppling of foreign governments without a congressional declaration of war. Do such extra-constitutional actions by the Deep state-controlled intelligence apparatus really protect American security and liberty, or do they have the opposite effect.

Top Obama officials such as Attorney General Eric Holder were caught sending weapons to drug cartels as part of a phony Fast and Furious “investigation,” then blaming American gun rights on the carnage that use of the weapons caused.

In the name of fighting communism, the “intelligence community” literally armed, funded, and trained Osama bin Laden and other jihadists in Afghanistan who later became enemies of the U.S.  And in the name of fighting terrorism, this practice of aiding and abetting jihadists has continued to the present day, and has even included support for terrorists led by Al-Qaeda.   The article goes on to tell about an explosive 2012 document from the DIA exposing several stunning facts about what the Deep State was up to in Syria. For one, it shows the Deep state knew that the insurgency in Syria was being led by al-Qaeda- and that the administration was supporting that insurgency anyway. “The Salafist (extreme Islamist sect), the Muslim Brotherhood, and AQI (Al Qaeda in Iraq) are the major forces driving the insurgency in Syria,” admitted the report, dated August 12, 2012. It also admitted that “Western  powers,” certainly including the Obama administration in power at the time, support that al-Qaeda-led opposition.

ONE HELL OF A KILLING MACHINE

So extreme have the developments become, says the article that a former senior intelligence official told the WASHINGTON POST that the CIA had been turned into “one hell of a killing machine.” A former leader of the CIA and NSA was caught on video in 2014 casually bragging and making jokes in public about how the “intelligence community” murders people without charges or convictions or a declaration of war. “We kill people based on metadata,” gloated former CIA and NSA boss Michael Hayden at the 2014 John Hopkins University’s Foreign Affairs Symposium. Some of the victims include U.S.-born American-citizen children such as Nawar al-Awlaki, eight, and Abdulrahman al-Awlaki, 16, who were killed in separate strikes. It is today public knowledge that the CIA has murdered thousands of people around the world using missiles fire from drones. Between 2009 and 2015, the Obama White House estimated that 2,436 people were killed in drone strikes.  The Bureau of Investigative Journalism recorded 2,753.

The article says both are illegal under state and federal law, with no exemptions for Deep State intelligence functionaries. In 2009, an Italian court convicted (in absentia) 23 CIA agents for kidnapping Egyptian dissident Hassan Mustafa Osama Nasr off the streets of Milan in a 2003 incident. After grabbing him and stuffing him in a van, the CIA sent him to Egypt for interrogation and torture there. He reportedly endured electrical shock torture, emerging permanently disabled.

And who could forget the horrifying pictures that have emerged from Iraq and the CIA’s sprawling network of secret prisons – pictures that have now been plastered across newspaper stands worldwide, making America look like a nation of savage barbarians running wild? Confirmed torture methods by the CIA, the DIA, and other Deep State agencies have included waterboarding and beatings, among other horrors.

Under the guise of keeping up with communist brainwashing techniques, the CIA also engaged in horrific experiments related to mind control.  Among other tactics, federal officials used LSD and mind-altering chemicals, surviving files from the CIA’s Project MKUltra. In the book of Revelation it talks about “sorcery,” which comes from the word pharmakeia, from which we get the word pharmacy. It talks about a global government which maintains control through drugs, the occult and scientific mind control. This global government will eventually be controlled by the Antichrist and the False Prophet, who will head a one world religion and a one world economic system and who will place the mark of the beast on their subjects.

The New American article ends with the “intelligence” apparatus, run by leading agents of the Deep State behind the Deep state, has been doing practically whatever it wishes to do, with no transparency or accountability. And it now seems to have its sights set on undermining both the elected president, and the Constitution.

I’ve mulled over and over in my mind whether I should change the title of this article but I’m convinced all our repenting means nothing without some action and God is telling us He is tired of our repenting. Get tough with your elected officials and your pastors.

“Today, we need a nation of Minutemen, citizens who are not only prepared to take arms, but citizens who regard the preservation of freedom as the basic purpose of their daily life and who are willing to consciously work and sacrifice for that freedom.” —John F. Kennedy