Home/December 2018, Opinions/Give Me One Generation Of Your Children And I’ll Transform Your Country

“Give me just one generation of youth, and I’ll transform the whole world.” —Vladimir Ilyich Lenin 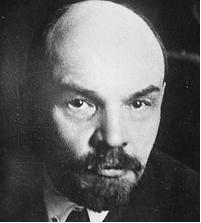 “Give me four years to teach the children and the seed I have sown will never be uprooted.” —Vladimir Ilyich Lenin

“Destroy the family, you destroy the country. The way to crush the bourgeoisie is to grind them between the millstones of taxation and inflation”. —Vladimir Ilyich Lenin

Was the cry of Lenin, Khrushchev, Castro and Hitler and other dictators just before they destroyed their country and used indoctrination with propaganda on the children to turn on their parents and neighbors. The key to the future of our country is its children.  For it does not matter what we accomplish in 8 years to “fix” America, once more “socialists graduate” America will elect socialists.  According to the National Review 2017 40% of the population wants America to be socialist. For the purpose of definition remember that the goal of all ….isms ie, progressivism, globalism, socialism, fascism, collectivism etc. is communism whereby the state (government) control every aspect of human life.

Since the lowest common denominator in America (something ever American does – is attend school) the students are the low hanging fruit.  Also the new brand of communism has changed since the leaders feel they can infiltrate their opponent by mass migration of socialists. By integrating the media, Hollywood and education incremental change and pressure is continual. Weapons are no longer necessary. Winning the “hearts and minds” are the answer. How do you fool millions of people? YOU LIE.

Education is Key… So let’s get directly to the point…
The problem is the content of the curriculum. No amount of money, No choice, no voucher will do anything to fix anything as long as the curriculum stays the same.  The curricula are written by people who want to destroy America. You are seeing the results. Lies, Lies, and more Lies

Students are now taught: The government is gospel, grants your rights and never lies. Your self worth is not important only your group worth.  Facts are not as important as value. Education has become training for work. Being mediocre gets a trophy.  So what happens to a society when mediocre is accepted as the norm.   America now gets mediocre – doctors, inventors, mechanics, teachers, legislators etc.  No more innovation and creation.

2 simple lies, making a huge impact:
Calling America a Democracy:   Our founders were very careful to create a representative republic using our US Constitution as the contract of laws applicable to ALL Americans. (They purposely us words like ALL to eliminate class distinction.)   Article 4 Section 4 guarantees that each American will have a republican form of government. A democracy fails at every turn for it is nothing more than rule by mob.  What is law today can be undone tomorrow by “majority rules”. In addition, if America were a democracy there would be no reason for representatives.  The people would vote directly by referendum.

It is not important to learn English.  What you are not told is that English is the language of Business.  If you can not read contracts, laws and regulations, you are a slave to your interpreter and the government. Welcome to communism. The children in these failing socialist schools have grown up to become your legislators and educators.  Many teachers can not read and write proper English.

The “educators” (the bureaucrats running education who rarely were in a classroom,) today are interested in 3 things:  Money, Power, Control

Money is thrown around by the government, publishers, NGO’s and non-profits as grants to “help” teach the new modern education. As grade slip the cry for MORE MONEY is heard throughout the education community. More money is not the answer. Teaching using programs that work is the answer.  In the 1960’s America was in the top 10 worldwide. After 60 years using proven failed programs America is 37th worldwide and all we hear is: we need more money.

Control is done through standards – in 2013 under the Obama administration a $350 million grant was given to Pearson Publishing to make all its texts Common Core compliant. Pearson supplies about 80% of America’s texts.  Pearson is an English (socialist) company. Does it matter what your state called the standards if all texts follow the same standards?  In addition state got grants as well to help promote common core.

Power: The only way someone can have power over you is if you give it to them.  STOP accepting mediocrity. Have you noticed that the spelling of exceptionalism always comes up as misspelled? Silence is considered compliance.

Education is local and it is the one area I believe that we the people can have control.
The Florida Citizens Alliance in 2017, helped get a bill passed CS989, that gives any Florida resident the right to challenge the texts for accuracy, bias, errors and omissions. Does your state have a bill like that?    Having that bill is only good if you use it.

The Alliance is offering help to form committees and challenge the texts.  It is important that we use their words and framework.  Therefore, under the current guidelines that demand equality we must demand they offer a traditional education as well.  Teaching socialism only “is not fair and equal.”

I now ask you:  Is America worth saving?  If so what will you do?  Do you know what is in your school? If you are interested in education solutions, contact me.   For the statistics click here.