Facing a serious health problem but with millions of Americans praying for him, Rush Limbaugh has demonstrated that he is still in the game, as he declared the other day on his radio show that “America’s still not ready to elect a gay guy kissing his husband on the debate stage president.” He was referring to Pete Buttigieg, the clean-cut Harvard grad who smoked pot in college, turned gay, married another man in church, and leads a small town in Indiana.

Out of nowhere, he has emerged on the national scene as a potential president – the first openly gay president. Buttigieg won in Iowa and came in second in New Hampshire. He has many of Barack Hussein Obama’s donors.

Injecting a note of common sense into this picture, Limbaugh summarized the attitude of many Americans by saying, “…they’re looking at Mayor Pete — a 37-year-old gay guy, mayor of South Bend, loves to kiss his husband on the debate stage — and they’re saying, ‘Okay. How’s this gonna look, a 37-year-old gay guy kissing his husband on stage next to Mr. Man, Donald Trump? What’s gonna happen there?’” 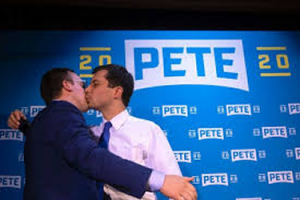 Limbaugh has a knack for saying things that tens of millions of Americans think. This has nothing to do with one’s “sexual orientation.” Most people are tired of the homosexual agenda being forced on America. They don’t want to see two men kissing, on a presidential debate stage and especially not in the Oval Office.

But there is something else that figures into the equation. Buttigieg says the HIV/AIDS epidemic “disproportionately” affects gay men, ignoring the scientific evidence that their dangerous sexual practices dramatically increase the odds of getting sick and dying from AIDS and other diseases.

With this possible health care problem lurking in the background of Buttigieg’s candidacy, President Trump said he would have no problem voting for a gay president. Trump can’t “figure out what to do with me,” Buttigieg says.

Limbaugh is not speechless, however. He understands that Americans are tolerant people who don’t want their children exposed to lifestyles that are dangerous. This fact about homosexuality is reflected in Trump’s own 2021 budget, calling for $716 million for the second year of a multiyear initiative to eliminate HIV in America, a $450 million increase compared to the 2020 enacted level. ​Male homosexuals are at the greatest risk of getting HIV/AIDS because of the way they have sexual relations.

In addition to HIV/AIDS, new data from the Centers for Disease Control (CDC) demonstrates that gay, bisexual, and other men who have sex with men (MSM) are at increased risk for extra genital sexually transmitted diseases such as chlamydia or gonorrhea in the throat or rectum.

By any objective measure, syphilis, HIV, and other sexually transmitted diseases (STDs) make the coronavirus look relatively minor. The CDC estimates that more than 20 million new STDs occur annually in the United States, contributing to 110 million cases. Our media are careful not to recommend any lifestyle choices that would make getting these diseases less likely. They won’t warn against the dangerous sexual practices outlined in the book The HealthHazards of Homosexuality. 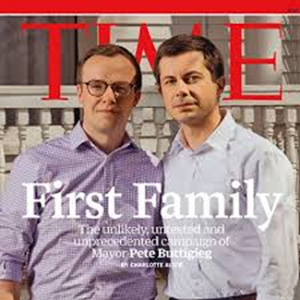 In an article about the dangers of STDs, an epidemiologist for the U.S. Army Public Health Command noted in an article that “Social ‘hook up’ networks and mobile applications allow for easy ways to meet new people, but it’s not always safe and can lead to high-risk activities.” In the case of Buttigieg, who met his “husband” on one of those “mobile applications,” the danger takes on national security concerns. One such dating app, Grindr, is owned by a Communist Chinese firm. The Reuters news agency reported that the Chinese owners “gave some Beijing-based engineers access to personal information of millions of Americans such as private messages and HIV status, according to eight former employees, prompting U.S. officials to ask it to sell the dating app for the gay community.”

Buttigieg says he didn’t meet his “husband” on Grindr but on another app. Asked by a gay magazine, “If it was Grindr, would you tell me?” He replied, “Probably not. But it was Hinge.” This is described as the dating app designed to be deleted. In any case, it looks like secrets were shared. But who had access to them?

It looks like much damage has already been done through acquisition of sensitive files on self-proclaimed gay, bi, trans, and queer people through Grindr – and perhaps other apps. It was Obama’s CIA Director John Brennan who conceived a “CIA Diversity and Inclusion Strategy” to hire “Lesbian, Gay, Bisexual, and Transgender Individuals.” Buttigieg says he was a Naval Intelligence Officer who served in Afghanistan. But some of his military service documents are said to be “redacted.”

Questions about Mayor Pete’s personal lifestyle — and demands for the complete release of his military and medical records — are in order. Limbaugh has only touched the surface of a blockbuster issue for Mayor Pete. He is a presumed security risk who must prove that his sensitive personal data has not already fallen into the hands of the Chinese communists or Russian intelligence services.