John Locke Foundation Supports ERIC! “Clueless” is the Nicest Thing I Can Say…

The conservative John Locke Foundation published an article on

April 13, 2022, advocating that North Carolina join ERIC, the Electronic Registration Information Center, aka, the voter fraud machine.  Are they clueless or have they been bought?

From all else I have read or know of the NC conservative think tank, I will have to choose “clueless”.  For now.  In their efforts to support election integrity, the JLF Dir. Of Civitas, Center for Public Integrity, Dr. Andy Jackson, published a piece about Mark Meadows, the former Trump administration official.  Meadows, a resident of NC, was registered to vote in NC (in two different counties)  and in Virginia. [Link]  He had last voted in Virginia in 2021, while retaining his legal residency in NC as permitted by law.

Meadows last voted in NC in 2020, at his Macon County address.  He had another address of registration in NC, where he had never been known to have lived – OR VOTED.  These kinds of duplications/ineligibile registrations should have been purged by the state before it became news.  I totally agree with JLF here.

So should have the hundreds of thousands of fraudulent registrations that have been found in states like Wisconsin, Georgia, Pennsylvania, and Michigan alike. “Based on his 15-month study of election practices in Georgia, Arizona, Wisconsin, Pennsylvania, Texas and Michigan, cyber expert Greg Phillips estimates that at least 4.8 million votes were trafficked nationally.” [Link]  YES!  WE need voter roll integrity! I couldn’t agree more. 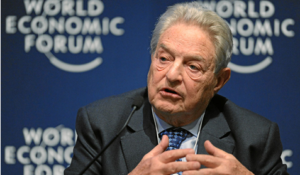 This particular instance of “voter fraud”, however, concerning big bad Mark Meadows, is laughable in the extreme, and utterly nauseating when viewed in context of the larger national voter fraud picture.  Remember, though, the Left’s need to divert attention from Biden and his messes:  the infamous laptop: his Ukraine connections; his failures in Afghanistan; the severe inflation and supply line crises caused by his bad actions, etc.  So…let’s think as a Lefty!  Let’s make a mountain out of a grain of sand and hope it will help.

Gee. . . .  Mark Meadows, that former Trump staffer is registered to vote in more than one place!!!  Grrrr….  The little creatures with the long fangs and small brains (aka, the main stream media) are lunging to the attack. “Prosecute him” demands Claire McCaskill, dancing the leftist jig for MSNBC; “send him to jail”!  Similar reports have popped up in the NY Times, the HuffPo, etc., ad nauseum.  Ad usual, I might add.

The amount of publicity being received by Meadow’s voter registration, from the usual media lemmings, is SO obviously more MSM scum, that I would think that an organization of the caliber of The John Locke Foundation would see right through it.

Meadows has been under attack by the  Jan. 6 committee since he refused to appear at their command.  They demand that he be charged with contempt.  With all the Lefties who have refused appearances at the request of the Right, this McCaskill dance looks all the more ridiculous.

There is a lot of venom (snake and otherwise) circulating in Leftist circles, aimed at anyone who dare question their scams.  Mark Meadows did so, thus exposing himself to every possible attack the dirt bags can dig up.  So, they hit on his voter registration records.  Have they NO self-awareness??  McCaskill has slathered yet MORE icing on the cake of ridiculous Leftist hypocrisy by demanding Meadows be prosecuted and put in jail.  LOL, is all I can say!

I do agree with Locke’s man, Dr. Andy Jackson.  Voter rolls are in desperate need of purging and maintenance.   Inaccurate voter lists are the fertile soil from which election fraud is grown.  We ALL must work to secure the ballot, and do so before the November, 2022, midterms.  IN EVERY STATE.  If we cannot secure our ballots so that they accurately reflect the choices of EACH voter – left or right – we will have lost our Republic and our precious freedoms granted by its founding documents.

The ERIC system – organized and developed by one David Becker with a Soros grant to the Pew Charitable Trust – is NOT the solution.  In real fact, ERIC is the problem.  Becker himself, a former DOJ employee fired in 2005 for his overt anti-Conservative actions, is still on the ERIC board of directors, along with the chief election official of all member states.  I refer you to [Link].  Read that and ask  yourself if this man designed an honest system.

Here is the ERIC construct for fraud.  ERIC takes all voter records from each member state – including records of illegal aliens, green card and ID card holders and under-aged driver and work permit applicants.  Their by-laws mandate that these be sent to its massive AI system computers every 60 days, where they are merged with USPS addresses and Social Security death records from the state.  THIS IS HOW THE FRAUD OCCURS, BLATANTLY, BY ERIC MANDATE. >>> Once the names of illegal aliens, undocumented workers, green card holders and under-aged youth are mixed in, there is no separating them.

All of the information published on national websites has been met with full denial by ERIC’s leaders.  So what?  My position is that, if the ERIC constructs as spelled out on their own website, https://www.ericstates.org – are not doing as stated above, then prove it.  Show the mandates for members which require culling.  Show where green card and ID card holders never reach the lists. So far, that has not happened.  ERIC did add to its FAQ’s however, in response to an expose. While still not proving that culling is a mandate, FAQ #15 now says that members must obey the NVRA (National Voter Registration Act of 1993) which requires annual roll maintenance.

(The NVRA ALSO requires that “Each state must include a voter registration form as part of an application for a state driver’s license and any application for renewal”.  Two ERIC states, Wisconsin and Minnesota, are exempt from the mandates of the NVRA, because they either had no voter registration requirements or had election-day registration at polling places with respect to federal elections”.  This, taken from the official US government website for the NVRA.)

So what?  Is culling a requirement for membership?  NO.  All 30 ERIC states have rolls that are polluted with ineligible voters (except maybe AL, who does post some numbers of registrations removed on its website).  It is in those 30 ERIC states that the vast majority of proven voter fraud occurred!  This is no coincidence, but rather, proof that ERIC is NOT the system we need to save our election integrity.

I have read some puny argument in support of ERIC which says that, because states are required to maintain their rolls by federal law, they might as well be a part of ERIC. (?) It’s ‘harder than you’d think’ to develop accurate systems.  So, just give over all your voter integrity to a construct like the ERIC because it is easier that way?  Election officials of the member states are already accustomed to working with ERIC, so let it roll.  REALLY???  This is incredible, especially coming from anyone who believes in election integrity.

The recommendation of the John Locke Foundation that North Carolina JOIN this corrupted system is shocking.  How can a conservative group of the reputation of the JLF miss all of this?  Tagging them as “clueless” is my most accurate assessment for the moment.  I really want to believe better of them, as I know millions of their supporters do.

I believe we should join together to develop strong honest systems to watch over our precious rights.  Data management is a prevalent skill set today, especially in government. There are enough smart  people of integrity to design and develop accurate and secure  – and even less expensive – voter roll maintenance systems, without having to rely on a flawed and dangerous system like ERIC.

If the informed consumer of news is aware of the potential for fraud in the ERIC constructs, how can the John Locke Foundation NOT be?  I urge them to do further research on ERIC and withdraw their request that the NC legislature provide immediate funds for ERIC.  NOW.  The JLF is better than this latest article.  I sincerely hope.

About the Author: Kate Stansell

Kat Stansell is the Grassroots Outreach Director for the American Policy Center. A native of Cincinnati Ohio, and graduate of Denison University, Kat served the Village of Mettawa, IL, as treasurer and chair of the Planning Commission, where she got a good look at the process of civic vs. corporate interaction. She has been a local activist, working for several candidates and organizations. She has also written for newspapers and websites, and organized events highlighting issues of the day.