According to a report from California State Senator Jim Nielson’s office, the former ‘mistress’ of former San Francisco Mayor Willie Brown possesses a history that assisted sex crimes offenders despite the victimization of young children at the hands of those perverts.

During her years as California’s Attorney General, Kamala Harris had instructed all parole officers working for the California Department of Corrections and Rehabilitation (CDCR) that the sex offender residency restrictions, approved by Californian voters, is unconstitutional in every county. As a result, parole officers no longer could enforce residency restrictions prohibiting sex offenders from living within 2,000 feet of schools, playgrounds or parks. 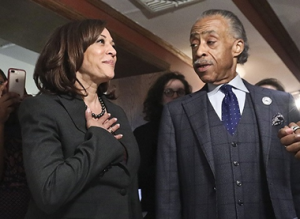 “This [was] outrageous,” said State Sen. Jim Nielsen, who served as chairman of the Board of Prison Terms and advocate of the popular Jessica’s Law. “This unilateral decision by one politician not only goes against voters’ wishes, it puts children in harm’s way.”

According to Nielsen’s statement obtained by the National Association of Chiefs of Police (NACOP), the decision came about during a San Diego case where four registered sex offenders petitioned the court. In the densely populated county, convicted sex offenders had a hard time finding housing. On March 2, the Democrat-run California Supreme Court agreed that the mandatory blanket residency restriction of Proposition 83, known as Jessica’s Law, is overly broad.

Although the state’s Supreme Court ruling only pertained to San Diego County, Ms. Harris “advised CDCR that applying the blanket mandatory resident restrictions of Jessica’s Law would be found to be unconstitutional in every county,” according to the GOP Senator.

“Taking this decision and applying it to every county in the state is a risky and unnecessary leap beyond what the court opined and one I believe far exceeds the AG’s authority,” Nielsen added. “State corrections officials should review each case and impose the strictest conditions warranted to ensure public safety,” said Nielsen. 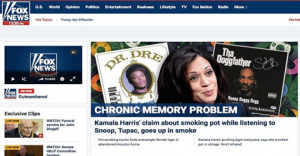 Passed in November 2006 with 70 percent of the vote, Proposition 83, commonly known as Jessica’s Law, prohibits convicted sex offenders from living within 2,000 feet of schools and parks. The law was named after Jessica Lunsford, a nine-year-old girl who was abducted from her Florida home. She was raped and murdered by a convicted sex offender who lived closed to her home.

Harris’ blanket decision resulted in a key provision of Jessica’s Law being revised by her office despite an anti-sex offender law that a majority of Californians supported in a statewide referendum, Sen. Nielsen and other officials reported.

“This unilateral decision by one politician not only goes against voters’ wishes, it puts children in harm’s way,” Nielsen said.

“Taking this decision and applying it to every county in the state is a risky and unnecessary leap beyond what the court opined and one I believe far exceeds the AG’s authority,” he complained.

“State corrections officials should review each case and impose the strictest conditions warranted to ensure public safety,” Nielsen added. He was joined by former State Sen. George Runner who is one of the sponsors of Jessica’s Law ballot initiative.

“The head law enforcement officer in California was more concerned about protecting the rights of sex offenders than she was of parents and children,” Runner said.

This is far from the only example of Harris letting sex offenders off the hook.