Skip to content
Home/May 2017, Opinions/Katy Perry Leads Us In Prayer

Katy Perry Leads Us In Prayer

(These are my views as a woman living in England, on how the culture and spirit of my country has changed over 50 years.   Why the country does not feel protected or strong any more, how it has lost, and is losing it values and decency, and how we are daily losing our free speech). 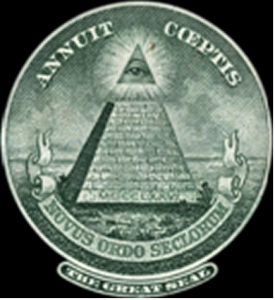 It’s all a bit of fun really, isn’t it, a bit of light hearted relief; the occult symbolism, the provocative music and lyrics, the worship to the devil, the sexual enactments and the one eyed sullen gestures?

This is the signature tune and the make-up of some of the most successful singers and celebrities that people adore around the world today.

However, gone is the laughter when horror really strikes home; and with a reported 22 people dead, one of which is an 8 year old child, and 59 people injured in the recent ‘ISIS’ attack at an Ariana Grande concert in Manchester, UK, how strangely hypocritical and ironic that in the first instance people are meant to be comforted in knowing that their celebrities, the ones who have sold their souls, to be at the very top of the pyramid, are busy tweeting their prayers in a very trendy way for those who have suffered. It makes you want to weep.

There will also be the same shallowness, and empty verse, displayed throughout our country in the coming days ahead. People who don’t usually have one good thing to say about God will be suddenly sending in their prayers. We will all hear about not giving up our British values. Something we did a long time ago when we fell away from our most basic of Christian values. There will be the usual denial, the false solidarity, and the ‘we shall overcome terrorism’ rhetoric. It is very predictable. It will not give comfort to those who really ache.

On the ground,  and much more in tune with the reality of what evil does, the picker uppers, the one’s who mop the blood and guts up, the bad news breakers, the ones who grieve, and the embalmers and the undertakers will silently go one way or the other.

Only a real longing for the truth and sometimes the shock of what evil really does to you can break us away from our unhealthy allegiance with another world, the one that is not being created by God.  This is a world that offers false comfort and denies that it has opened its doors, literally and spiritually for all types of evil and worship to enter.

True prayer will often come in those truly dark still places of hopelessness.  It often happens when you are quite alone.

Which God do you pray to and who will you allow to lead and comfort you?

It was not unusual to hear the familiar cries of ‘O my God’ as a sign of shock when young people ran away from the fear that they were faced with at the Ariana Grande concert. It is a cry deep inside many people, which unfortunately gets forgotten once they re-enter back into our own created world after such tragic or frightening events. How many will still be calling out to him today or even thanking him that they made it out? How many will be tweeting about their broken heels, the bus they missed, or the next collective worship of celebrity idolatry they intend to visit in defiance of the fear they were subjected to?

The attack in Manchester will also be hailed as a false flag event, or an elaboration of what really happened, designed to create further fear in our country. Sadly, if we read about world events, it does not deter from the fact that people get intentionally murdered by Islamic extremists in very cruel and horrific ways almost every day. Neither does it deter from the fact that people worship evil and commit evil in their own lives, no matter how subtle or innocent it all may appear to us.

On this small island once thought to be ‘great’ there is a misplaced faith, and very little strength left.   The group collectiveness of sorrow which we now witness after such events is frighteningly weak pretending to be strong. How can the tweets of prayers and strength from celebrities who will very soon be giving worship once more to an evil side of an industry which has given them their fame really help the grieving and very ordinary people of Manchester? 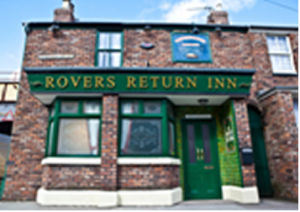 Outside of Manchester, which is about 90 miles from my home, people from all across the country will also escape into their favourite TV soap this week called Coronation Street, which has been running almost nightly for over 55 years. Set in the cobbled streets of Weatherfield, Manchester, and also filmed from studios in Manchester, Coronation Street, is meant to depict everyday working life.   It has possibly covered every single social issue you can think of. Abuse, euthanasia, abortion, homosexuality, sexual exploitation, domestic violence etc have all been covered and projected into every British home if you happen to have become addicted to what is called Britain’s most best loved and watched TV programme. Although deemed heroic for covering such sensitive topics Coronation Street has also played a pivotal role in altering the minds of how people should perceive such issues.

The central meeting place in Coronation Street, is a pub, called the Rovers Return. Here the locals discuss the stresses of the day, every day, over a pint of mild or bitter. Everyone who is British will know or will have heard about the Rovers Return. We have coach trips and excursions to the Rovers Return. This is the new church, the drinking hole and the comfort stop for all of our cares and worries.

Whilst typically English and very indicative of how life can be in these small ordinary places, the reality of the topics they cover, albeit contrived, is reflective of the demise and displacement of how life has really become in the United Kingdom.

I wonder if they will one day cover the storyline of how displacement and their fall away from Christian principles has turned Manchester, one of our major cities, into one of the saddest  and fearful places to be today.

At a time when many people only want to hear what celebrities and the world wants to portray, please can I thank people who wrote to me from America, about the attack in Manchester, and who have read some of my articles on NewsWithViews.com. In our dark world, the voice of God, and the truth from across the way in America is very heartening and encouraging to me to receive. Thank you very much.

I flew into Manchester airport not long ago.  As you see the crowded city coming into view you also love to see the patchwork carpet of green fields which surrounds so many of our cities and which is so familiar and unique to me.  A part of me still loves what we call this island race, and what I call my home, but I am sad at  it’s demise and what I see happening and what I see coming.

The population of Manchester is estimated at 532,000 and there are meant to be just 15 per cent of Muslims who live there. However, there are 62 mosques in Manchester. One of those mosques is Didsbury Mosque. Didsbury Mosque was once called Albert Park Methodist Chapel and was dedicated to Christian worship. Like many churches across the UK it was sold. Now we see many of those beautiful buildings often paid for by the worshippers who attended there turned into supermarkets, private homes or mosques. The irony of Didsbury Mosque which is also the Islamic Centre of Manchester was the mosque that Salman Abedi, the Manchester bomber attended.

The sadness that the UK experiences today is not only a reflection of those lives lost at the event in Manchester, but on a deeper level it should be a reflection of what we have given up and fallen away from morally and spiritually. We have sold our souls. This has been aided and abetting by those who today still continue to promote ‘new British values’. Our politicians and some of our churchmen have let us down very badly.

Lord have mercy on our souls……

Then the cities of Judah and the inhabitants of Jerusalem will go and cry to the gods to whom they make offerings, but they cannot save them in the time of their trouble.

Therefore, my beloved, flee from idolatry.