The year 1960 marked the end of the sleepy 1950s when Eisenhower was president and America was still innocent. I was 14 and many people lived in GI houses built right after WW II. They were small but functional and cozy. It was a wholesome time reflected in TV shows like The Andy Griffith Show, Leave it to Beaver, and Ozzie and Harriett, as well as Westerns where heroes triumphed over evil.

Food was nourishing, before processing took out all the nutrients. It was fresh and usually locally grown. School lunches were not just pizzas, but fresh baked rolls, a variety of fresh vegetables and meats and flounder fish sticks. 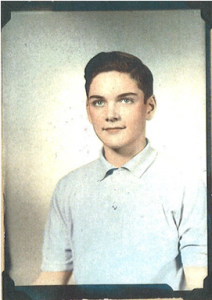 There were unique neighborhood characters like Kenneth who repaired watches for a living, but also made popsicles for the children and drove up to the little open air market in his jeep loaded with kids to get baseball cards and gum. He also taught us a baseball game played with cards for a hot or rainy day (turn over 3 cards and 2 of a kind was a single, three of a kind a triple, etc.). Another character was “Uncle John” who planted corn, etc., with a mule right there in the city. And there was a neighborhood leader, Mrs. Hawks, who occasionally got a permit from the city to block off the street for a block party where everyone would bring something to share with others (e.g., hot dogs, potato chips, etc. like in the original movie “The Sandlot”).

Our backyard seemed to be where most of the children congregated for activities. There was a basketball goal, ping pong table, and screened side porch where we played monopoly, CLUE, or Go Fish card game. There were also organized sports like Jaycee Park baseball and a bowling league as well as sports like Putt-Putt golf, and volleyball, softball and 4-square at the local elementary school in the summer.

On Saturday, we would get free tickets from the local Hobby Shop to see a free movie like “Treasure Island” or “Swiss Family Robinson” at the local movie theater. And in the afternoon we would go to the YMCA to see a movie or play basketball or swim, etc. after we had completed our chores like cutting the grass. There might also be a Hawaiian Party at the “Y” where we could wear Hawaiian shirts and 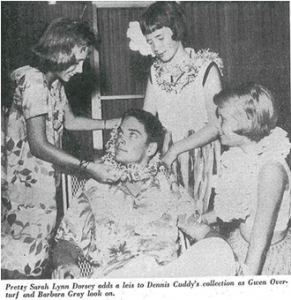 romantically dance together, boys with girls, after our parents had paid to give us ballroom dance lessons. (Three photos of Dennis Cuddy at 14 years old in 1960 can be seen here.)

It was a time of innocent young love consisting of just romance and affection, with no thought of sex. At home, one might do homework while listening to romantic songs of the day on radio (e.g., the announcer would say “Here’s a song, “Tammy,” going out from Jim to his sweetheart Janie.”). And there were also new movies of every type at theaters every week—stories of romance, adventure, comedies and westerns.

It was a wonderful time with clean air and water, and beautiful, intelligible music like “Once Upon a Time,” sung by John Gary (he had a 3 octave vocal range and sang, “Once upon a time, a girl with moonlight in her eyes, put her hand in mine, and said she loved me so….”).

But then began the selfish 1960s with rebellious hippies yelling slogans like “Look out for Number 1,” “What’s in it for me?’ and “If it feels good, do it,” also engaging in drugs and promiscuous sex. Life was never the same again! What I did not know at the time was that the dramatic changes were planned that way—- 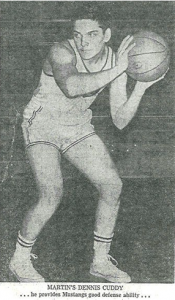 the quickening of the tempo of human life described in Orwell’s futuristic novel titled 1984, the fractious anapestic rhythm of rock music planned by Theodor Adorno of the Frankfurt School, and the psychological manipulation of Edward Bernays in his 1928 book PROPAGANDA and Bertrand Russell in his 1951 book, THE IMPACT OF SCIENCE UPON SOCIETY. Schools began to undermine parental values by teaching students situation ethics via values clarification techniques like “The Lifeboat game” where they would decide who lives and dies.

Directed by a powerful global group I call The Power Elite, one can read in James Simon Kunen’s THE STRAWBERRY STATMENT (1968): “Men International Roundtables…tried to buy up a few radicals. Those men are the world’s industrialists and they convene to decide how our lives are going to go. They’re the leftwing of the ruling class. They offered to finance our demonstrations in Chicago. We were also offered ESSO (Rockefeller) money. They want us to make a lot of commotion so they can look more in the center as they move more to the left.”

I long for a simpler time, a slower pace of life, and people who took time to care. But as John Gary’s “Once Upon a Time” song mentioned above ends, “Once upon a time never comes again.” More’s the pity!