Both Democrats and Republicans have done nothing to stanch the influx of illegal aliens on our southern border. Democrats are the problem. They don’t care about crime and want illegal immigrants, no matter how bad they may be, to pour into and infest our Country, like MS-13. They can’t win on their terrible policies, so they view them as potential voters!  We must always arrest people coming into our Country illegally. Of the 12,000 children, 10,000 are being sent by their parents on a very dangerous trip, and only 2000 are with their parents, many of whom have tried to enter our Country illegally on numerous occasions. —President Trump

“Build the Wall” was not just another campaign slogan.  Trump meant it and we rallied to it.  He knew that sovereignty exists only when a nation has borders.  Politicians on both the left and right, as well as their comrades in media and the performing arts are unwavering in their promotion of a globalist open border society.

The socialist left portrays President Trump and conservatives as caring little about the illegal immigrant children, and this is another fomented lie purposely used to destroy Trump, his presidency, those in his administration and those who voted for him.

The 1964 Supreme Court decision, NYTs Co. v Sullivan was decided by the liberal Warren court with a 9-0 decision.  The court changed the rules involving libel that had previously been the province of state law and state courts and stated that media could lie about public figures with impunity as it was a first amendment right. A public official could recover in a libel action only if and when a court found that the libelous statement about the official was made with “actual malice”—that is, with knowledge that it was false or with reckless disregard of whether it was false or not.

This SCOTUS decision changed the dynamics of debate in our society into the deceptive and dishonest attacks on public figures we see daily by society’s socialists.

The Destruction of American Culture

No one is speaking about the changes in our culture as a result of the invasion of millions of illegal aliens. Since 2016, some 110,000 children have entered the U.S. illegally and been released, along with 200,000 Central American families caught sneaking across the border.  Since the dramatic surge of border crossings in 2013, the federal government has placed more than 180,000 unaccompanied minors with parents or other adult sponsors who are expected to care for the children and help them attend school while they seek legal status in immigration court. 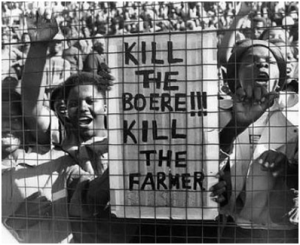 parallels to what has happened in South Africa. In 1994, Nelson Mandela and his Marxist African National Congress (ANC) assumed the reins of power. The international community looked away, satisfied that justice had prevailed. They continue to look away, even as South Africa has degenerated into another racist pit, best described by an Afrikaner farm owner: “It’s politically correct to kill whites these days.”  They’re killing off all the land owning white farmers who supplied their food.

I believe this is the goal of the establishment elites, a goal that will destroy America, her Constitution and the European immigrants who made this nation great.  The number of South African farm murders is staggering. Over the last decade, it is estimated that at least 3,000 Boers (white farmers) have been killed. Estimating the number of murders is necessary because the ANC has banned crime statistics from being compiled, claiming they scare off foreign investment.  Moreover, the world knows little about the savagery that accompanies those killings. Many victims, including women and infant children, are raped or tortured before they are killed. Some have boiling water poured down their throats, some are burned with hot pokers, and some are hacked to death with machetes, or disemboweled. Several others have been tied to their own cars and dragged for miles.

Civil unrest, racial strife and the influx of millions who know nothing of our culture and who come from third world countries is strongly advocated by the socialist left in both parties who have no problem disparaging anything constitutionally conservative.

Last Monday President Trump tweeted, “The people of Germany are turning against their leadership as migration is rocking the already tenuous Berlin coalition. Crime in Germany is way up. Big mistake made all over Europe in allowing millions of people in who have so strongly and violently changed their culture!”

The 2008 William Wilberforce Trafficking Victims Protection Reauthorization Act of 2008, (TVPRA), which passed both chambers of Congress by unanimous consent and was signed into law by President George W. Bush, dictates exactly how children caught crossing the border without their parents must be treated.

For children coming from “contiguous countries” – in other words, Mexico and Canada a Border Patrol officer has the authority to determine whether the child is eligible to stay in the country. Because the child can be directly and safely handed over to officials from his or her home country, the process can move very quickly.

But for children from all other countries, any repatriation to their home country involves a plane flight and more preparation. The law dictates that after being caught, the child must be turned over within 72 hours to the Department of Health and Human Services to care for them and find them safe housing. HHS is also urged to find them legal counsel and child advocates who can explain the process of applying for asylum or identifying other ways to stay in the country.

The following pictures are of Obama’s illegal immigrant detention centers.  The policy of prosecuting immigrants for crossing the border illegally has been in place for multiple administrations. The Obama administration prosecuted half a million illegal immigrants and similarly separated families in the process. Newsweek reported that Obama held more than twice the number of children in shelters compared to the Trump White House.

So did the Bush administration.  Yet you’d never know that hearing the statements of Laura Bush saying how reprehensible Trump is for doing this.  Pompous, arrogant liars who hate President Trump.

Trump tweeted, “Did you like Angela Merkel’s open border policy and the refugee invasion? Germany has been destroyed with the flood of Islamist refugees, crime is over the top, and women are afraid to be on the streets for fear of rape.

Crime in Germany is up 10% plus (officials do not want to report these crimes) since migrants were accepted. Others countries are even worse. Be smart America!”

The Democrats and media are doing what they always do, driving emotions rather than rational thought.

Nielsen provided an update on the illegal immigration crisis on the southern border including the effects the efforts the administration is taking to solve the crisis and to stop the flood of illegal immigrants, drugs, contraband and crime.  She said the statistics are riveting.  Listen to her ten-minute speech clarifying exactly what is going on at our southern border.  No family coming to a port of entry and seeking asylum is turned away.

Secretary Nielsen clarified that in the last 3 months they’ve seen illegal immigration on our southern border exceed 50,000 people each month, multiples over each month last year.  Since this time last year there has been a 325% increase in unaccompanied alien children and a 435% increase in family units entering the country illegally.  Over the last 10 years there has been a 1,700% increase in asylum claims resulting in an asylum backlog in our country today of 600,000 cases.

She ends with the following, “Let’s be clear, if an American were to commit a crime anywhere in the United States, they would go to jail and be separated from their family.  This is not a controversial idea.  Children in DHS and HHS custody are being well taken care of.  The Department of Health and Human Services Office of Resettlement provides meals, medical care, and educational services to these children.  They are provided temporary shelter and HHS works hard to find a parent, relative or foster home to care for these children.”

Here is a video of the intake center in El Cajon, CA as reported by Breitbart.

Nielsen went to a DC Mexican restaurant for dinner that night and socialist protestors disrupted her evening.  This is the left folks, they are crass and rude and refinement is a thing of the past. One of those protestors was a paralegal from the Justice Dept.  She should be fired.

Today, President Trump caved to the left by signing an Executive Order keeping illegal alien parents and children together, or did he? He may have pulled a fast one. Our government takes children into protective custody all the time. If you go to jail for breaking the law, Child Protective Services is there to take the children.  Those entering our country illegally have broken the law, and as such, the children should be separated from them.  Illegal aliens who break the law can keep their children with them, but Americans who break the law lose them.

Soon you will have women prisoners claiming their children should be with them as well.

The White House reports that legal loopholes have hamstrung immigration enforcement and contributed to the crisis at our border as UAC arrivals have surged.

More than one-third of the 274 MS-13 members and affiliates arrested in the Federal, State, and local led “Operation Matador” entered the country as UACs.

The High Cost of Illegals

Health and Human Services paid more than $1.4 billion last year to accommodate nearly 41,000 UAC in its shelters. They stayed an average of 41 days, which means taxpayers paid about $670 a day for each child. The cost of holding someone in a federal prison, a comparison some immigration activists make to the UAC situation, is just $85 a day.  Check out the benefits these children get, with the tab picked up by American taxpayers.

Illegal immigration costs American taxpayers a mind-boggling $134.9 billion annually, according to a detailed analysis of federal, state and local programs that include education, medical, law enforcement and welfare. State and local taxpayers get stuck with an overwhelming chunk—$116 billion—of the burden.

Sixty, yes 60 million babies have been separated from their parents by abortion.  Think that isn’t a holocaust of its own?  It certainly is.

And think about this, Bill Clinton actually sent a SWAT team to capture and return one child to 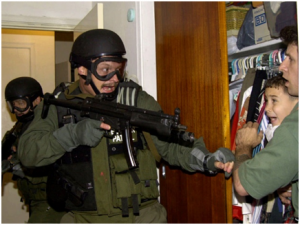 Steve Bannon said, “I don’t see the mainstream media and the liberal left embracing the Angel Moms, those people who were permanently separated from their children because of illegal aliens who came over here and committed crimes and killed people. You’re being very selective.”

The swamp’s addiction to cheap illegal labor and fraudulent votes is paid for with American blood.

Open border politicians don’t give a damn about these children.  What they care about is flooding the country with aliens who will vote for democrat and a globalist society.

Swamp snake Paul Ryan is leading the charge for open borders and amnesty.  All of the Socialist Democrats and many of the neo-con Trotskyite Republicans are with him.

I’ve had enough. Build the wall. Build it Now!