Since well before we eagerly leapt into the world of technology, we gave very little thought to the possibility that some day we would find ourselves at a perilous fork in the road as a society, culture and country. We began to see diminishing returns on our investment in the confidence that the Fourth Amendment and its prohibitions against illegal searches and seizures were sacrosanct.

One fork led to God-given Rights in the Constitution. The other fork led to neighboring Enhanced Security. There appeared to be no third road that would enable us to arrive at both places. What we believed to be within the private domain, protected by the Fourth Amendment’s 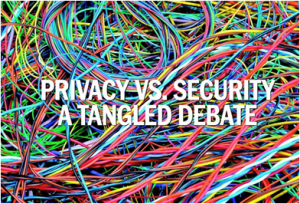 prohibition of illegal search and seizure, was turned on its head as early as 1967. It impacted our First and Fifth Amendment rights as well, primarily free speech and the ability to invoke the Fifth Amendment when we had no desire to contribute to our own prosecution.

It was in 1967, well before that fateful day in 1976 when Steve Jobs and Steve Wozniak would build the first prototype of a personal computer, that SCOTUS ruled in Katz v. United States that, “what a person knowingly exposes to the public, even in his own home or office, is not a subject of Fourth Amendment protection.”[1]

Previously, one would think that having a friend come over for dinner would render all discussion and exchanges of papers, etc. protected. And what of that private discussion you had at work, the one during which you were told you were getting a raise, but admonished from telling anyone. That, too, we thought private. Not so, said the high court, the third 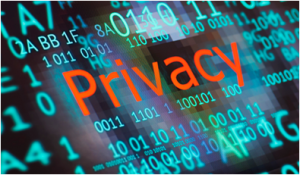 branch of the government, the Framers paid the least amount of attention to. It was tasked with weighing cases before it as if the Constitution were cast in granite. Apparently, it was in the 1960s, during which the phrase, “If it feels good do it,” would become a cultural norm, that somehow the liberal justices decided that the Constitution was an evolving document, subject to change with society. Wrong, in my view. The meaning and intent of the framers was not to allow for evolution.

This decision created a rule known as “third-party doctrine.”[2] [3] It holds, “that a person has no legitimate expectation of privacy in information he voluntarily turns over to third parties,” a concept that haunts us far more today than it did back in the 1960s. Today, computers are ubiquitous and the majority of the nation’s population suffers from a pandemic of cyber addiction.

Katz would prove itself the foundation of future court rulings that now take us down two different legal pathways. According to Legislative 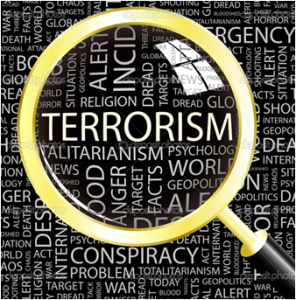 Attorney Richard M. Thompson II, who authored The Fourth Amendment Third-Party Doctrine,[4] “[T]he Court has applied the third-party doctrine to two main sets of cases. In one, the

Court has held that people do not have a reasonable expectation that a person with whom they are communicating will not later reveal that conversation to the police. In the second, the Court extended this doctrine to hold that people are not entitled to Fourth Amendment safeguards for records given to a third-party or data generated as part of a person’s business transactions with a third-party.”

In two of the most prominent third-party cases, Smith v. Maryland and United States v. Miller, the Court held that government access to telephone calling records and bank records, respectively, were not protected by the Fourth Amendment.[5] [6]

Traveling through time, we arrive at 2015 and we have on top of those cases the PATRIOT Act, which most emphatically affects our rights. Try dressing up as a jihadi terrorist with a fake bomb vest and walk to a Halloween party only to find yourself picked up, turned over to the feds as a terrorist, thrown into a hellhole (or Gitmo) without any rights, not even the right to a phone call or to have an attorney.

There are ways for us to have both freedom and cybersecurity. There have been rumblings in Congress about drawing up legislation to overrule the “third person doctrine” and to repeal or change the PATRIOT Act, but those cries are being drowned out by the terror threats of Al-Qaeda, former ISIS, Boko Haram, Hezbollah and a multitude of other terror groups. With their threats, together with those of the Islamic Republic of Iran, (still a threat) North Korea and the “silent battle” we are fighting with the likes of China in a currency war, not to mention Russia run by a lunatic, gaining back our freedoms does not seem possible.

Of course, if we keep President Trump who has a backbone in the office, for another four years and manage to keep GOP majorities in Congress (hardly a sure thing), we just might be on the receiving end of those rights’ restoration.