Russian Hypersonic Nukes In America’s Back Yard – Venezuela and Nicaragua 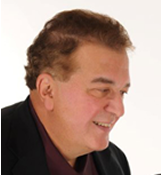 John W Spring at 22, in 1960,  was the US Intel analyst who mailed JFK with logical intel that Russia placed in Cuba intermediate range nuclear missiles. One year later with a U2 Flight and CIA FBI NSA intel agency corroboration, JFK contacted Russian President to remove this imminent back door threat to America, Canada and our allies. For many years, John W Spring has been an hour three Tuesday co-host on the NutriMedical Report on GCN Network, Rense Network and now CRN Talk Radio in LA. He was told by me, Dr Bill Deagle MD intel and above top secret as well as visions of Russian submarines in Venezuela Orinoco River and hypersonic launch sites in an island North of Venezuela under their territorial control. Two months of research and John W Spring, who had watched Nicaraguan long runway build by Russia and intel that these technologies for the Russian Bear Bombers and Antonov-124 heavy lift jets were placing intermediate missible launch technologies for up to ten years prior.

Three sources of information are corroborated to come to conclusions, Internet aka Sewer-Net, Intel Contacts and Scientists, Super Natural Inspiration.   Two years plus ago, I was at my desk in my Vista, CA Studio Study and was prompted to Pray on A Standing Vision.  In this wide awake Vision I Saw Russian Nuclear Subs Tunneling Into the Sides of the Deep Orinocho River in Northern Venezuela, and Russian Hypersonic Missie Launch Facilities in an island North of Venezuela, with Long Runways for Russian Heavy Lift Jets Setting Up for Nuclear Intermediate Range Missiles to Hit America or Our Allies in the West.  When I told my colleague, John W Spring, he came back after several months, John W Spring came back confirming La Orchila Island under Venezuelan Control with Russian Intel Proof. John W Spring was at 22 in 1960 the genius IQ 225 who notified JFK US President and Cuban Missile Crisis of Russia, and the 1983 Reagan Granada Island Russian Bear Bombers and Missiles Lauch Facilities.

We have presented the evidence directly to POTUS, US President Donald J Trump for over two years, with regular responses that do not admit to US Agency corroboration of our intel and satellite photos.  August 2019, I gave a prophecy  ON AIR, a Sept 12th 2019 reply signed by POTUS, Donald J Trump, would arrive to John W Spring.  It did, but with admittance of imminent dangers of Russian bombers and hypersonic missile batteries in Nicaragua and La Orchila Island, Venezuela. There was not admission that THADD and our missile defense are very inferior and cannot stop a high altitude Weapon of Indignation attack on US Power Grid from a tropospheric nuke, or attack on US Naval or Military Bases. There was no admission to the terrible dangers to a totally unprepared US population from a Nuclear Blackout or direct Nuke Treat to US Cities and Towns.

My friend and cofounder of A4M, the American Academy of Antiaging Medicine, Dr Bob Goldman MD and my colleague and friend Dr Ron Klatz MD, have regular direct contact with Ivanka Trump and POTUS, Donald J Trump and in December 2019, had a direct representation of my concerns and intel to President Trump.

The letter sent with updated info from me, Dr Bill Deagle MD, directly to President Trump on Tuesday, January 21st 2020, received a quick response from White Hours staff, that on his return from DAVOS Summit, Donald J Trump would respond.

I have a simple powerful missible defense proposal for total defense from incoming missiles, called Laser Net Interferrometry, with video on my NutriMedical.com YouTube and Vimeo Channels.

Listen to my show via links on NutriMedical.com and monitor videos on my Vimeo to YouTube to social media video channel out of NYC and websites, Deagle-Network.com and CLAYandIRON.com for the latest on this dire situation and our defenselessness from an ever present danger.

Pray for Truth, Peace and Will of the Most High GOD for a Repentant and Vigilant Leader and Our Nation, USA and All Our Allies and Human Race on our Dear Planet EARTH.