Sessions Should Withdraw His Recusal And Fire Mueller

When you’ve made a mistake, admit it and be sorry.  No one in history has ever choked to death from swallowing his pride.  Anonymous

The Art of the Deal 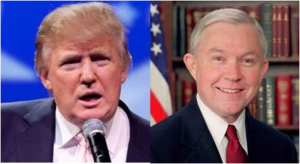 Our President is the very definition of the American success story.  Donald J. Trump is street smart, and a real scrapper when it comes to deals, and he has proven that over and over again in business.  His book, Art of the Deal, one of 15 best sellers, makes his business acumen clear, but it’s time he stops publicly attacking the one man who supported him from the very beginning, time to take it private and settle it.

As I stated in my last article, our President and our Attorney General need to meet in the White House residence over dinner for a one-on-one chat regarding Sessions’ recusal. Jeff Sessions is a man who is honorable and by the book, and he obviously thought he was doing the right thing, but now he needs to undo his mistake to save the President from Mueller’s witch hunt.

Tom Fitton, President of Judicial Watch has publicly stated that our Attorney General can legally un-recuse himself from the Russia election investigation and fire Robert Mueller. [Link]

Fitton says that Sessions probably thought he was recusing himself from a limited set of circumstances.  He said, “You can’t have an attorney general that is unable to manage the largest case known to the public that is going on in the Justice Department. Now they have moved beyond Russia and are investigating everything.”

In lieu of a finite charge, Sessions could have delayed recusal and would be on solid legal ground, contends Ken Boehm, chairman of the National Legal and Policy Center, a government watchdog group.  Boehm said, “I think the world of Jeff Sessions. I think he’s a good man. But, if you look at every other incident, people in positions at Justice in the past administration wouldn’t do it because they would fear a fishing expedition. Before Sessions recused himself, he should have called for an actual crime, a statute. He would have been on firm legal ground.”

Fitton stated, “Because he has recused himself from this key rule of law issue, which is the investigation of what went on during the Obama administration, with respect to how it handled the Clinton investigations, and now this whole Russia collusion scandal which has metastasized under a rogue prosecutor into an investigation into anything this prosecutor wants to investigate. You know, the president has a right to expect that his attorney general and his appointees are going to supervise prosecutors appropriately, and that is not happening here.

And he is not really answerable to anyone, Mueller isn’t, which raises constitutional concerns, but you know, just from a practical perspective, who is running the show at Justice Department? This is a major investigation that is being done without any adult supervision, and there are other investigations that many expect to have been done that the administration — the Justice Department is AWOL on. 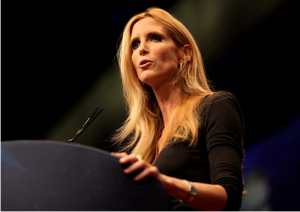 He can un-recuse himself. I think he was cornered into recusing himself initially, I think he inappropriately recused himself and he should fix the situation and start running the Justice Department and taking control of these investigations as appropriate.”

Back on June 12th, Ann Coulter appeared on Sean Hannity’s program before Jeff Sessions upcoming testimony, and stated unequivocally that AG Sessions should come out swinging and defending his meetings with the Russian Ambassador, while making the case for dissolving the FBI’s Special Counsel investigation headed by former FBI head Robert Mueller. [Link] Watch the video of her interview with Sean.

The only reason Sessions recused himself from this investigation was because he met with the Russian ambassador which every senator has done.  The democrats do as well, but the media has an agenda that certainly doesn’t include the truth.

She continued, “Sessions has got to say the entire point of having an independent counsel has evaporated with James Comey’s reluctant admission that Trump is not under investigation – so he’s not recusing himself, he’s firing Mueller.  The only possible downside is that the media will be hysterical! Will anyone notice the difference? They’ve been calling for Trump’s impeachment before he was sworn in!” [Link]

Coulter and Limbaugh agree and both say the same thing we all say, that Republicans are instinctive losers; they never fight for what is right and they should never apologize or back down.  And that includes Sessions!

Ann was right then and she’s right now.  Attorney General Jeff Sessions needs to un-recuse himself and fire Mueller.

Back in late November of 2016, our President-elect said that he probably won’t make good on his campaign pledge to pursue a new criminal investigation into his political rival, Hillary Clinton.  He had won the election and was feeling magnanimous towards his defeated rival.

“It’s just not something that I feel very strongly about,” he said in an on-the-record discussion with reporters from The New York Times.

Trump cast his reversal as a unifying move that, contrary to some of the early backlash, he believes won’t upset his supporters.

He said that prosecuting Clinton “would be very, very divisive for the country.”

Trump did, however, suggest he wasn’t taking potential investigations into Clinton off the table, while still remarking that he doesn’t want to “hurt the Clintons.”

“I’m not looking to go back and go through this,” he added.

Two Too Many Recusals

During his confirmation hearing in early January of this year, Jeff Sessions said he would recuse himself from any possible investigations related to Hillary Clinton if he is confirmed as President-elect Donald Trump‘s attorney general.  Did he say this because he knew President Trump had decided to not investigate the Clintons?

“I do believe that that could place my objectivity in question,” Sessions told Senate Judiciary Committee Chairman Chuck Grassley (R-Iowa). “I believe the proper thing for me to do would be for me to recuse myself.”

I do not believe Sen. Sessions recusal was a wise decision in this case, or in the case of the Russian investigation.  I know his reputation is truly stellar, and not only do the folks of Alabama love him, but those who know his Senate reputation love him.

However, Sessions said he would refuse an order from the president to name a special prosecutor to go after Clinton, a move Trump called for during the campaign.

Our candidate of choice led crowds in cheers of “Lock her up,” and then seemingly reneged on his campaign promise to go after her.  The prospect of Clinton or any of her cohorts and co-conspirators actually going to prison for their crimes seems increasingly unlikely.  Yet, our President is now attacking his Attorney General for failing to investigate Hillary Clinton.

Republicans in Congress have vowed to continue an investigation into Clinton’s private email setup, but like the Obamacare repeal, this seems a false promise.

Rumors are circulating of the prospect of replacing AG Sessions with former US Attorney and New York City Mayor Rudy Giuliani.  Obviously, our President is not satisfied with AG Sessions’ performance to date.  Is he testing the waters or trying to light a fire under his AG?

Giuliani has said that Sessions made the right choice with both the Democrats and Republicans applying pressure for recusal.

Trump’s advisers have also explained to him that anyone who was part of his campaign, including Giuliani, would likely face pressure to recuse themselves from the Russia investigation.

President Trump, you need to meet one-on-one with your Attorney General and stop allowing this disagreement to be public.  And the Attorney General needs to step up, and tell the public that his recusals are being withdrawn and he’s immediately firing Robert Mueller and the dozens of Clinton and Obama supporting lawyers Mueller has hired.  He also might consider firing Rod Rosenstein for even appointing someone like his buddy, Mueller.