Socialists Are Stealing Elections And Destroying The Republic

The Christians are always singing about the blood.  Let us give them enough of it.  Let us cut their throats and drag them over the altar!  And let them drown in their own blood!  I dream of the day when the last priest is strangled on the guts of the last preacher.  —American Communist Gus Hall

Our Department of Justice (DOJ) is thoroughly corrupt.  There is no justice for the lawbreakers but plenty of injustice for the innocent. One need only look at the cast of characters in both politics and the DOJ who should have long ago been indicted, tried and convicted, all of whom are Democrats, with a sprinkling of Trotskyite Republicans.

We call Democrats liberals (bleeding hearts is a total fallacy, they bleed for no one), and progressives…another euphemistic term as though they are moving toward progress.  Progress into what… an oligarchy or totalitarianism with complete subservience to the state? They used these ambiguous terms and many others in order to appeal to the ignorant. Back when this started had they called themselves Marxists, which is what they truly are, it may have gotten them shot or hung.

Marxist doesn’t fully define them today.  I would call them Leninists or Stalinists because the violence and oppression they are pushing for is right along the lines of Stalin’s purges and Lenin’s “Red Terror.” 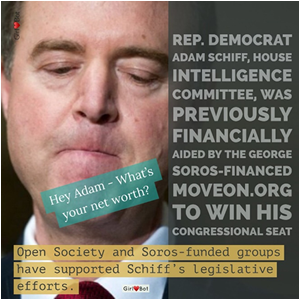 Hillary Clinton said, “Civility can start again when democrats take control of the House and/or the Senate.”  Sounds a lot like National Socialist Hitler who said, “We shall only talk of peace when we have won the war.”  The Democrats turn to Socialism is an ominous sign for the party and for the country.

Bernie Sanders, newly elected Congresswomen Alexandria Ocasio Cortez and Palestinian Muslim Rashida Tlaib are not the only communists in our Congress. Since November 2016, nationwide membership of the Democratic Socialists of America  (DSA) jumped from 5,000 to 40,000 and before the midterms to 52,000. There are now at least 77 DSA members in the 115th Congress, and back in the 111th Congress, eleven of them sat on the Judiciary Committee.  More will be on the Committee in 2019, and most of them are funded by George Soros’ MoveOn.org.

The political left has been known as Marxists for many years. The infamous Weather Underground terrorist organization of the 1970’s held the political ideology of Marxist Socialism, not liberalism.  The 44th American President was great friends with unrepentant lying terrorist, Bill Ayers, who now calls himself a communist with a small “c.” Ayers is a retired professor in the College of Education at the University of Illinois at Chicago, formerly holding the titles of Distinguished Professor of Education and Senior University Scholar.

Core values, traditions, the American family and the ideas of accomplishment and achievement are being destroyed, not just in our universities, but now in our high schools and middle schools.  Creative writing, creative thinking, reason, logic, all of these things are being weeded out as destructive and threatening to the objective of sameness and equality and equity.  The core of today’s college and university doctrine is socialism.  Academic education has been destroyed in every educational establishment that has accepted federal tax dollars.  The rising popularity of socialism is threatening America’s future.

Our children are molded from kindergarten through high school with the socialist indoctrination found in common core!  When they reach the university level, they have been primed to accept socialism.  An extensive study of 8,688 tenure-track professors at 51 of the 66 top-ranked liberal arts colleges in the U.S. published by the National Association of Scholars found that the ratio of faculty members registered as Democrats (read that socialists) compared to those registered Republican is now a stunning 12.7 to 1.

It’s no wonder these propagandized and brainwashed young people vote for Democrats.  Since the late 1800s, this has been the plan of the ruling elite.  We saw the results in our recent midterm elections. 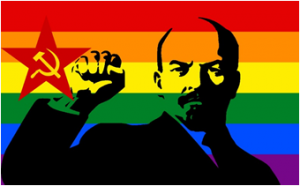 In the 1940s and early 1950s, the Communists really did a number on Senator Joe McCarthy and destroyed his reputation, but the truth is out there.  Sen. McCarthy was absolutely right that communists had infiltrated our State Department and Hollywood.

Former State Department employee Alger Hiss was convicted of perjury in January 1950 for testimony dealing with accusations that he spied for the Soviet Union during the 1930s.  He was involved in the establishment of the United Nations both as a U.S. State Department official and as a UN official.

“Blacklisted by History: The Untold Story of Senator Joe McCarthy” by M. Stanton Evans will change forever how you think about Sen. McCarthy and the Soviet penetration of the U.S. government and society.  That was then, this is now and communists are even more prevalent today. 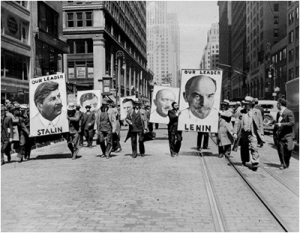 The Communist Party U.S.A. (its name varied in the early years) was founded in Chicago in 1919 and opened its national headquarters in that city in 1921. But the bulk of the movement’s members were in New York, and in 1927 Communist headquarters were shifted to a party-owned building in Manhattan two blocks south of Union Square.

New York would remain the capital city of American Communism from then on, and today, who really can deny that both Chicago and New York are led by those who favor communism. Leading communists such as William Z. Foster, Marxist Politician and General Secretary of the Communist Party from 1945 to 1957, and Earl Browder, leader of the Communist Party USA and General Secretary during the 1930s and 40s, had their offices on the top floor of the 12th Street building. It became the custom to refer to party leadership as the “ninth floor.” (And, for some reason, even in non- and anti-Communist left-wing circles, “the party” was always understood to refer to the Communists, rather than any rival organizations.)

No one wants to call today’s Democrats what they really are…full-fledged hardcore Communists, the same ones Joe McCarthy warned us about. Just take a gander at the 10 planks of the Communist Manifesto by Karl Marx in 1848.

Read again the quotes by Gus Hall, former leader of the Communist Party USA, and four-time Presidential candidate, and note that John Brennan, the former CIA Director under President Obama, actually voted for Gus Hall in 1976.  In 1980 he was hired by the CIA.  In 2013, Obama hired John Brennan as Director of the Central Intelligence Agency in the corrupt justice department.  He held that position until January of 2017, and thankfully, President Trump finally pulled Brennan’s security clearance.  Is he a Communist?  Well, he certainly isn’t a patriot.

Trump supporters are bereft over the latest election, they are apoplectic over these phony recounts which seem to happen every time a Republican wins the election by a narrow margin.  Every new mysteriously found batch of uncounted votes always supports the Socialist Democrat and destroys the Republican winner.  When Department of Homeland Security Director Kirstjen Nielsen reported that there was no vote fraud in this election and it was the most secure in history, I laughed out loud because vote fraud has been going on for decades.

One need only remember John F. Kennedy’s election in 1960 where his father, old Joe Kennedy had Mayor Daley’s Illinois Democrats make sure enough dead voters cast their ballots for his son.  And he won by just 8,800 votes, largely due to margins in Chicago where Mayor Daley tightly controlled the Cook County organization.  In Texas, home of Kennedy’s running mate Lyndon Johnson, he won by a margin of 46,000. Had Nixon carried both states, he would have won the electoral college, 270 to 252.

Mobsters Frank Costello and Meyer Lansky both confirmed late in their lives that Joe Kennedy Sr. was a gangster. He made his millions on illegal booze.  Sam Giancana, mob boss of the criminal Chicago Outfit from 1957–1966 said, “Joe Kennedy is one of the biggest crooks who ever lived.”

Lyndon Baines Johnson made sure he won a 1948 Texas election for Senator which he’d lost.  He overcame a 20,000-vote deficit to achieve his famous 87-vote victory in the 1948 Democratic runoff primary against a former Governor, Coke Stevenson. A South Texas political boss, George Parr, had manufactured thousands of votes for him, just as has happened in our recent 2018 midterm election, overturning several victories for Republicans.

President Trump and other Republicans are crying foul and accusing Democrats of trying to “steal” the election. Given the history of voter fraud in this country and the heavily Democratic makeup of Florida’s Broward and Palm Beach counties, their suspicions are probably justified.  The corruption in Broward is infamous.  The election supervisor, Brenda Snipes, even mixed bad provisional ballots with good.  Snipes has a history of allowing illegal aliens and felons to vote.

Senator Rubio was right when he tweeted, “Bay County was hit by a Cat 4 Hurricane just 4 weeks ago, yet managed to count votes and submit timely results. Yet over 41 hours after polls closed Broward elections office is still counting votes?”

Slim margins trigger automatic recounts, and ultimately the Democrat wins by a few hundred votes. In the 2008 Minnesota Senate race, Republican incumbent Norm Coleman was 215 votes ahead of Democrat Al Franken.  The recount put Franken ahead by 225 votes, but a later investigation showed that 1,099 felons, all of them ineligible, had voted.

A recount in Arizona took the Senate race from Martha McSally and gave it to Democrat Kyrsten Sinema.

Republican Brian Kemp won the gubernatorial race in Georgia after a recount battle.  Democrat Stacey Abrams says the voting laws in Georgia are too restrictive and she plans to change them.  Most likely she’d like felons and illegal aliens to cast votes.

As John Fund and Hans von Spakovsky note in their book “Who’s Counting?: How Fraudsters and Bureaucrats Put Your Vote at Risk,” most felons favor Democrats when they can vote.

Election day doesn’t mean anything anymore when the Democrats can magically find thousands of uncounted votes that are for the losing Democrat, who then automatically asks for a recount and wins.

Devvy Kidd, a friend and fellow columnist for NewsWithViews, has written numerous articles on vote fraud.  It exists across America and is one of the weapons used by the socialists to install their fellow democrats. The Gateway Pundit reported that since election day, Democrats picked off over a dozen House seats and two Senate seats.

Senator Marco Rubio said, “Democrat lawyers came to Florida to get judges to change Florida elections laws, after the election. That isn’t a strategy to win an election, that is a strategy to steal an election.”

The indoctrinated elitists on both coasts think of us in the “fly over” area of America as the knuckle dragging, gun toting, Bible reading uneducated masses who shouldn’t count.  They want our votes eliminated and they’ll go to any lengths to do just that.

Do the Republicans care?  Since the majority of them lean left, why would they?

P.S.  With social media and main stream media both censoring conservatives, the few outlets who bring us the truth need to be supported.  One of those websites is NewsWithViews.  Our stable of writers work diligently to bring you their personal opinions and research on the status of American politics.  We need your continued help to maintain the website.  Won’t you please donate, (use Pay-Pal if possible) and tell your friends to sign up to receive the daily articles from this great conservative site.