The Death of Queen Elizabeth II

This week I attended a Team Away Day from my place of work.  It was one of those events which attempts to bond strangers together.  We had ice-breakers, games, and then a buffet; we did craft and a ‘mindfulness’ exercise in the afternoon slot, before finally listening to a talk about Equality and Diversity in the workplace.  We also had a minute’s silence to remember Queen Elizabeth II who had recently died.

It was a strange correlation to the day.  I came away feeling somewhat ‘groomed’ before being plied with guilt at the end of the day, for my lack of awareness towards my fellow countryman.

However, the announcement on Thursday, 8th September, 2022 of the death of Queen Elizabeth II has come as no surprise to me. 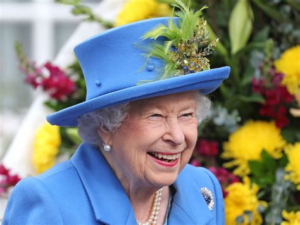 Out of a respect for her passing some shops and local businesses in my area, which is 200 miles from London, have a portrait of Queen Elizabeth in their window and my local corporate supermarket, ‘Tesco’s’ is now playing classical music, instead of Jay Z, in the background whilst you quietly shop and pay alone at your unfriendly self-service checkout.   Aside from this, there is little change to the atmosphere.  Life carries on.

However, in some governmental workplaces, orders have been given not to post derogatory comments on social media about the Queen, and in my own organization where I work, ‘counseling’ is being offered to those who may be affected by her passing.    Some staff are really bewildered by this offer of help.

You see, the last two and half years have been revelational for some, but not for all people.   A plan to divide, conquer, and subject people to the humiliation of being masked and cruelly isolated from each other, even during the sickness and death of loved ones, under the disguise of a pandemic, which has now been proven to be nefarious in its statistics, to say the least, has revealed to a greater extent the plans for a global reset, a new world order, and a plan to de-populate the world through whichever means possible.

For those prepared to go down the rabbit-hole, they are now much more aware, more than ever during any time in history, of how a few people who call themselves the elite class, which includes royalty, controls ever single system in our society for their own benefit, and not ours.

They are aware that in the background, there are people who orchestrate everything, and who hate God and humanity.  Front men do their bidding.  A false image of nobility, voluntary work and caring for others veneers and glosses over the rotten core of the apple.

During my life I have always instinctively known this.  As a child it was always strangely uncomfortable to me to have to stand and pay homage to an anthem whose words honoured a queen and not a country or God.

Back then, the hymn “I vow to thee my country” would have been a more suitable and humble offering in my opinion.

The horrendous mistakes and fear mongering during the past two and a half years have been conveniently swept under the carpet now that a sense of patriotism is attempting to re-install itself.  Suddenly, we all need to come together.  It is like a game of mental Tai-Chi.

I don’t personally believe that after the funeral the acceptance of the Prince of Wales who is now King Charles III, will work.  Similarly, pushing an equality and diversity agenda along with gender issues is still creating division rather than any type of unity.   Many people are also waking up to how these issues are being used against us all.  They know they are being continually ‘played’.  They know they have had enough.

The mourning for the Queen, which I believe is much more evident in London than the rest of the country, is not comparable to the one person who really did change the image of the monarchy, and whose legacy will not quietly vanish or go away.

Diana – The Princess of Wales.

The grief and the memory of Diana’s death in my country was quite different to the one we are experiencing now.  It was announced 25 years ago on 31st August, 1997.

Her age and the incident itself meant more people identified with the sadness of losing someone.   There was a genuine grief and a shock across the whole of the country.   I understood the grief that others were visibly displaying just about everywhere.

However, Diana was also no angel, but people related much more readily with her vulnerability and her humanity than any other royal they believed they knew.

She stood apart from the rest, not just with her beauty, but by the admission of her infidelity and eating disorders, due to the rejection she had always experienced.  Many people identified with her and felt they knew her more personally which I feel explained the overwhelming sadness which was experienced back then.

There was also a lot of suspicion around the details of her death which she even foresaw and predicted herself.

During those days, there was also much anger towards the monarchy, who made no public announcements to comfort people, did not fly the flag at half mast, and showed little to no acknowledgement about her passing until they were advised to.

Similarly, during the last two and a half years there have been no public messages of comfort or re-assurance from the Church or the Monarchy other than to promote a vaccination.  It is reported that the Queen thought those who did not want to be vaccinated were ‘selfish’.   The doors of the churches were also firmly closed.

The Queen: People who refuse vaccine should think of others, rather than themselves (telegraph.co.uk)

The country, in my view, has survived on the humanity of ordinary people who have also attempted to care for each other whilst ever effort has been made to divide, isolate, and conquer them.

Nothing is as it Seems

The UK is still divided and it is not united in grieving for the Queen which is being fashionably reported throughout mainstream media.

The history which we were once proud of and which certainly should not be eradicated, was built upon much more solid values and a decency which supersedes our present-day values.  It would be nice to hold on to these images and pretend things are as they were, but they are not.

To date, I have not listened or watched any coverage that our mainstream media is portraying towards the monarchy.  I am aware that beyond every image is another story.

The Queen has a very respectable image for many people, but these days I can only go on what I physically see and experience for myself.

My disappointment is in the loss of our free speech, the demise of decency and values, and the total destruction of all we hold dear, including the attacks on our children.   Those are issues worth grieving and fighting for.

Let us never erase history or forget it.   The Good and the Bad are important lessons.

The last two and a half years should have revealed to everyone how we are disrespected and hated.  Children and Adults died completely alone.  Dedicated nurses were threatened and persecuted with the loss of a job for not being vaccinated.  People were blackmailed and bribed into medical interventions which have now been proven to not be at all safe.  Many people have died and have been injured.

This Royal family have not been a rock, a comfort or a watchman or spokesperson on my behalf as currently being depicted through our mainstream media.  It will be a time in history I will not forget.