The Pernicious Influence Of The Koch Brothers

Not all poison was bitter. Some of the deadliest poisons in the world tasted sweet; they were that much more dangerous because of it. Nenia Campbell, Author

The “Convention of States” Con-Con is one of the biggest political scams of our time, fueled by dark money laundered through (c)(3) organizations.  As they ramp up their push for Con-Con legislation in 2018, they will seek to avoid hearings that could expose the dark money behind their scheme. —Andy Schlafly

Searle Freedom Trust and Claude Lambe Foundations were exposed in my previous article.  They are a part of the Koch Family Foundations, all of whom have far reaching influence with a huge number of organizations promoting a Constitutional Convention, open borders, Planned Parenthood, free trade, UN Agenda 2030, and extreme environmentalism.  The Koch sons, Charles and David, are nothing like their anti-Communist father Frederick who was a long time member of the John Birch Society.  And yes, the left wants a Constitutional Convention just as much as the self-serving and complicit neo-conservative Trotskyite rightwing. 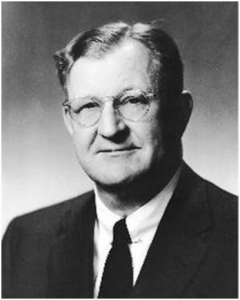 Born in 1900, Fred was the father of Frederick, Charles, and twins David and William. After years of extremely contentious bickering between them, these sons split into two factions, with David and Charles taking over the company their father had started. Charles and David would build their father’s Midwestern company, which as of 1967 had $250 million in yearly sales and 650 employees, into a corporate Goliath with $115 billion in annual revenue and a presence in 60 countries.

Fred Koch was an American chemical engineer and entrepreneur who founded the oil refinery firm that later became Koch Industries.  A graduate of MIT, Koch had devised a more efficient procedure for cracking crude oil — the process by which crude oil is refined into gasoline and other products.  In 1925, Fred C. Koch joined MIT classmate Lewis E. Winkler at an engineering firm in Wichita, Kansas, which was renamed Winkler–Koch.  By producing higher yields of refined gasoline from crude oil and reducing down time, Koch’s new royalty-free thermal cracking process helped smaller companies to better compete with their larger, more entrenched, and better-capitalized rivals.

Litigation ensued from the larger companies and Winkler-Koch was basically out of business, so they turned their efforts to foreign countries. From 1929 to 1932, Koch built 15 cracking units in the Soviet Union, and many others elsewhere in Europe, the Middle East, and Asia, including Hitler’s Germany prior to WWII.  Koch built the third-largest oil refinery to serve the Third Reich, a project which was personally approved by Adolf Hitler. The refinery was one of hundreds of international projects undertaken by the company in the late 1920s and early ’30s.  The company handled only the refinery’s “cracking” equipment. Many American businesses did business in Germany during the same time period, and the company also had projects then in England, Scotland, France and Canada.

It was Fred Koch’s hands-on experience with Soviet Communism that convinced him of the unmitigated evil of such a system, and ultimately turned him into a passionate crusader on behalf of liberty. In 1960, three decades after his experience in the Soviet Union, he published a small but trenchant tract, A Business Man Looks at Communism which spelled out his convictions and won many admirers. The Soviet Union, he wrote, was a “land of hunger, misery, and terror.” He had seen firsthand the fruits of Soviet Communism, both at home and abroad.

Koch Industries made its money in oil, chemicals, cattle, and timber. David and Charles amassed fortunes estimated at $41 billion apiece, tying them for sixth place among the wealthiest people on the planet.  Charles took the reins of the company over 50 years ago, and has steadily built on the foundation left by his father and diversified into every money-making opportunity that came along.

The Koch Brothers have a number of funding vehicles:  Aegis PAC, Koch Family Foundations, Koch Network, Freedom Partners, Knowledge and Progress Fund, American Encore, Donors Trust, and Donors Capital.  An amazing amount of monies go to those who are promoting a second Constitutional Convention.  Here are corporations who have allegedly cut ties with ALEC. 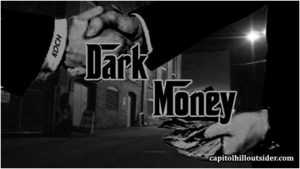 Legislative Exchange Council (ALEC) in total, but the amount likely exceeds millions—not including a half-million loaned to ALEC when the group was floundering. Their major donors are from Koch foundations and organizations.  Koch Industries has been one of the select members of ALEC’s corporate board for almost thirty years. For a mere $25,000 a year, Koch Industries sits as an “equal” board member with state legislators, influencing bills that serve as a wish list for its financial or ideological interests.  The company’s top lobbyist was once ALEC’s chairman. As a result, the Kochs have shaped legislation touching every state in the country and have used ALEC as a way to invest in neo-conservative ideas and fertilize them with tons of cash.

ALEC and the Kochs often pursue parallel tracks. Just as ALEC “educates” legislators, Koch funding has helped “tutor” hundreds of judges with all-expenses-paid junkets at fancy resorts, where they learn about the “free market” impact of their rulings. But ALEC also operates like an arm of the Koch agenda, circulating bills that make their vision of the world concrete. The Kochs are for the full legalization of abortion. They promote free trade, environmentalism, open borders, UN Agenda 2030, and are ardently anti-President Trump.

Americans for Prosperity and the DeVos Foundation

In 2011 alone, the DeVos Foundation gave $3 million to David Koch’s Americans for Prosperity (AFP). They gave another $2.5 million to a Koch Network conduit Donors Trust from 2009 to 2010.  They have also contributed millions of dollars to other right wing organizations such as the State Policy Network, Heritage Foundation, the American Enterprise Institute, Freedom Works, Federalist Society, Mackinac Center for Public Policy, and others.

Besides miniscule donations from average Americans and the DeVos Foundation, there is a huge list of mega donors to AFP. Donors Trust, Donors Capital Fund, Koch Industries, and Charles G. Koch Charitable Foundation are all Koch donations to AFP.  Then there’s the Shelby Cullom Davis Foundation who also gave $26 million to Heritage Foundation.  Both Shelby and his wife Kathryn were on the board of trustees for Heritage.  Kathryn was also a member of the Council on Foreign Relations, the League of Women Voters, and on the board of Planned Parenthood.  Click on any of the above links and you’ll see who else they’ve given to.  Former Heritage board member Richard Mellon Scaife is also prominently listed as a donor to AFP and gave over $30 million to Heritage Foundation.  Sarah Scaife Foundation, Scaife Family Foundation, Carthage Foundation, and Colcom Foundation are all a part of the pro-abortion Scaife family foundations.

Education Secretary, Betsy DeVos has advanced the ALEC agenda by bankrolling the 501(c)4 group the American Federation for Children (AFC), the 501(c)3 group Alliance for School Choice and by having these groups participate in and fund ALEC where AFC has played a leading role in crafting school privatization bills. AFC has been a “trustee” level sponsor of ALEC and is a member of ALEC’s Education Task Force.  Betsy DeVos headlined the July 19, 2017 ALEC meeting in Denver.

The DeVos group, Alliance for School Choice, has long funded ALEC’s Education Task Force and has been a driving force in the ALEC school privatization agenda, sponsoring bills, conducting workshops and pushing bills in the states. Link  DeVos backed Jeb Bush and later Marco Rubio and John Kasich. She did not actively support Trump after he won the nomination.

Betsy DeVos sat on the board of former Florida Governor Jeb Bush’s Foundation for Excellence in Education (FEE), which along with Jeb Bush, strongly supports the Common Core.  She aligned with Mike Pence on pushing local standards.  Pence never got rid of Common Core in Indiana.

The FEE is funded by the regular cast of characters.

Mark Meckler and Citizens for Self-Governance

Freedom Partners, (another Koch funded organization), funds Tea Party Patriots (TPP) who is also promoting a Constitutional Convention.  Jenny Beth Martin and Mark Meckler co-founded TPP but Meckler resigned to become President of Citizens for Self-Governance.  Here is their 2015 990 which shows that Meckler was being paid $220,200 a year plus $17,000 in expenses, in 2015, three years ago. Their major donor is the Koch Brothers’ Donor Trust.

Meckler is an active proponent of the Convention of States Project, a convention to propose amendments to the United States Constitution.  They make it sound so good, but it’s filled with lies and snakes that will destroy our God given freedoms.

And there are many politicians who attend the twice-yearly Koch organization meetings, including our Vice President, Michael Pence, who is way too close to the Koch brothers and their destruction of President Trump and American old right conservatism.  Stay tuned, more to come.