Home/Opinions, September 2020/The Psychology of Belief

The Psychology of Belief

In general, beliefs are like roadmaps. Beliefs are impetus that supply the brain into action.

A religious underpinning of belief creates fanaticism in some adherents, since fanaticism is often seen as a reflection of one’s true loyalty and strong faith.

Beliefs, be they religious or otherwise, are tied to a central figure such as a prophet, a philosopher, or a social reformer. Particularly in religion, the central figure and his high disciples occupy a rarefied, nearly superhuman, sphere. These figures wield great power over their followers. 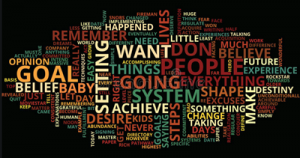 The famous Bohemian novelist, Franz Kafka said, “by believing passionately in something that still does not exist, we create it. The nonexistent is what we have not sufficiently desired.”

Belief, is a powerful human disposition to find a source or a person to whom he can attribute strengths and qualities that he himself yearns for, yet he lacks—a father surrogate. People age, but the insecure child within remains at the core of many. It is the child within that attaches himself to an omnipotent role model. And the Islamic clergy are powerful father figures to the flock.

The founder of a religion presents to the child within the lost father he no longer has or he never had. It is for this reason that the founder of a religion is held in the highest esteem and his edicts are obeyed wholeheartedly by his followers. The believers’ degree of devotion is in direct proportion to the hierarchy of religious authorities—a line of father surrogates.

It is baffling why some people cling to patently false beliefs. 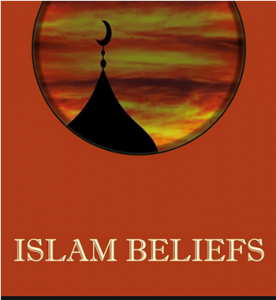 One explanation is that the person is suffering from some neurological and mental disorder. A case of recurrent seizure that triggers hallucinations is an example.

Another explanation is the role of herd mentality. That is, one may reason if others believe it, it must be the case and he should also believe it.

Yet, another possibility is that the person, for a variety of reasons, convinces himself that the belief is indeed true or worthy of adherence. In the case of Muslim clergy, the practice of self-convincing bestows immediate material benefits, a promise of afterlife compensations.

A mullah or an imam who tirelessly preaches Islam may be or not be a person of deep conviction about what he is promoting. What is certain is that this person is the immediate beneficiary of what he wants others to believe. He, as a preacher, is assured a life-long secure job in this world as well as a promised magnificent eternal accommodation in Allah’s paradise. For him, it is a win-win deal.

The practice of self-persuasion is universal among people, in numerous instances of life. Even at times, it takes the form of an outright self-deception. People are extremely apt at deception and rearranging facts to suit themselves. The practice of deceiving others is, unfortunately, widespread and seen in numerous spheres of life. There is irrefutable evidence that humans use the same faculty of deception to deceive themselves. The widely-used self-deception tactic called “denial” thoroughly documents this claim. A full-blown alcoholic, for instance, deceives himself by vehemently denying that he has alcohol problems and continues to drink to avoid facing the stark reality of his affliction.

In other instances, a person may convince himself to the truth of a baseless belief after being exposed to it, perhaps adopting it tentatively at first, then gradually through self-suggestion and other influences, rigidly adopting the belief. A case in point was dramatically observed during the last Iran-Iraq war. The Iranian mullahs considered the war with Iraq a holy war. Clearly, they saw themselves as the true and faithful Muslims—Shiites, followers of the line of Muhammad—while they viewed the Sunni Saddam Hussein and his forces as enemies of true Islam.

A murderous jihad war killed and maimed millions on both sides. It raged for nearly a decade. The mullahs on the Iranian side incessantly preached to the mostly untrained and very young recruits the rewards they would receive by suffering martyrdom. They issued made-in-China plastic keys to Allah’s paradise to children and sent them forward to clear minefields.

Having preached this terribly deceptive scheme and having sent thousands of little boys to their deaths somehow convinced some of the preachers of the truth of their own lies. Repeatedly saying to yourself and others about the veracity of such a belief, even if you do not believe it at first, eventually may lead to converting yourself to the truth of the belief. Several low-ranking frontline mullahs began donning the paradise keys around their own necks as their dog-tags and rushed forward with the children as minesweepers.

In other cases, a person may adamantly cling to a belief after espousing it publicly for lacking the courage to change his position or fearing the loss of face if he admits to his error.

“Reality is built on a collective agreement and a system of beliefs ranging from the most intimate and personal, to group beliefs, country-wide beliefs, regional beliefs, and world beliefs.”

For as long as Muslim high priests retain their stranglehold on masses of Muslims, generation after generation of father-figure seeking jihadists will turn to them, revere them, and carry out their violent decrees obediently.