People should either be caressed or crushed. If you do them minor damage, they will get their revenge; but if you cripple them there is nothing they can do. If you need to injure someone, do it in such a way that you do not have to fear their vengeance.  —Nicolai Machiavelli in The Prince

Intelligence agencies keep things secret because they often violate the rule of law or of good behavior. —Julian Assange

The above quotes are applicable to former FBI Director Robert Mueller. Ten years is the term limit for FBI Directors, but President Obama so loved what Mueller had done that he requested Congress to allow the Director to remain for another two years.  And just what had Mueller done?  He had purged hundreds of terrorist documents from the FBI files in the Islamophobia probe along with anti-terror information.

The three-decade modus operandi of Robert Mueller is skillfully chronicled by Louisiana State Senator John Milkovich in his book, “Robert Mueller – Errand Boy for the New World Order.”  It can also be ordered from Amazon or the John Birch Society Store.

This book is a must read if one is interested in acquiring more than a smattering of understanding of the evil forces behind the scenes. Those forces allowed and empowered Robert Mueller to appear above board, while behind the scenes he worked to cover up murderous programs involving Federal Government agencies.

A Resume of Deceit

James “Whitey” Bulger’s reign as the “murderous boss of Boston’s notorious Winter Hill Gang, also known as the Irish Mafia” from 1975 to 1994 was documented by William F. Jasper, of The New American, among others. The U.S. Attorney’s Office and FBI Office in Boston protected Bulger and his gang. In the midst of Bulger’s homicidal heyday, Mueller served as Assistant U.S. Attorney and later U.S. Attorney for Boston. 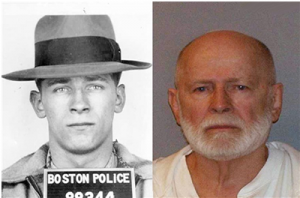 On June 3, 1997, federal prosecutors disclosed, under an order by Judge Mark L. Wolf, that Bulger was indeed an FBI informant for much of the time period relating to the indictment which charges Bulger and four other defendants with coordinating the criminal activities of the Winter Hill Gang of the New England branch of La Cosa Nostra—the Mafia.  As Jasper summarized in the New American on March 22, 2018, “For two decades (1975-1994) Bulger led a charmed existence, as his brutal gang carried out their crime rampage under the FBI’s protection.”

This is only the tip of the iceberg, read the whole story. The chapter on Whitey Bulger damns Robert Mueller and his involvement. 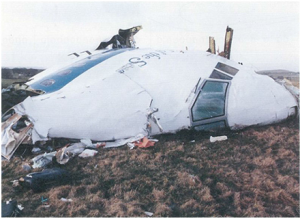 Pan Am Flight 103 – Senator Milkovich tells the sordid story of how the FBI and CIA worked together to cover-up their unlawful activities and shift the focus of guilt to innocent parties.  This chapter exposes the removal of those who were a threat to government entities who had much to lose.  The bombing of Pan Am 103, killing all 243 passengers and 16 crew, is the disaster known as the Lockerbie bombing.

According to the voluminous amount of research compiled and documented by Senator Milkovich in Chapter Three of his book, there were two, and possible three objectives sought for in the bombing of Pan Am 103.  One was retaliation by Libya for American military strikes against Libyan fighter planes, ships and cities in the early and mid-1980s.  According to various intelligence sources, Iran paid Ahmed Jibril, boss of PFLP-G.C., a Palestine Liberation group, for the bombing. Iran’s motive was revenge for the mistaken downing of an Iranian airbus by the U.S.S. Vincennes in 1988.

There was an additional objective which took center-stage in the downing of Pan Am 103 along with the cover-up which followed.

When Pan Am 103 exploded on December 21, 1988, it was carrying Defense Intelligence Agency (DIA) 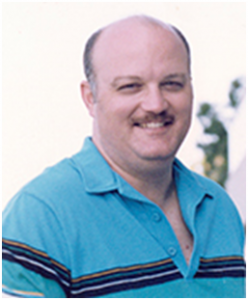 officer, Charles McKee, along with his fellow officers. McKee and his colleagues were flying home to America to blow the whistle on a CIA-assisted drug ring that was trafficking heroin from the Middle East to American cities. As TIME magazine reported, the likely explanation for the bombing, supported by independent intelligence experts, was that U.S. operatives “targeted Flight 103 in order to kill the hostage-rescue team.” This would prevent disclosure of what McKee’s team had learned. That theory was also supported by the fact that the CIA showed up immediately at the scene of the crash, took McKee’s briefcase, and returned it empty.

Officer McKee was a major in the army, working for the DIA on temporary assignment with the CIA.  He had been sent to Lebanon to lead a team to rescue American hostages. While there, he and his fellow officers uncovered this rogue terrorist linked CIA unit COREA named after the Lebanese word for heroin, “Korah.”  That CIA unit was helping to smuggle heroin into the United States.

Officer McKee and his team were outraged.  COREA was working directly with an international drug and arms dealer, Monzer al-Kassar, in trafficking heroin into the United States. Al-Kassar was working with COREA with what researcher Dean Henderson calls, “high-level CIA knowledge of his activities.”  From the Senator’s book,

Following the bombing, Pan Am hired Interfor (International Investigation and Corporate Intelligence) to find out who blew up the plane. According to the Interfor report, a CIA team in West Germany turned to al-Kassar to help secure the release of hostages held in the Mid-East. As the Interfor report further documented, in return for al-Kassar’s cooperation in the release of hostages, COREA, a super-secret CIA cell in western Germany, protected al-Kassar’s Middle Eastern heroin trafficking operation, which moved drugs through Pan Am’s baggage handling section in Frankfurt, through London, to America. At the same time, al-Kassar’s drug operation was purportedly being used by the Drug Enforcement Agencey (DEA), to track heroin shipments to Detroit, Los Angeles and Houston, and catch American drug dealers. During the same time frame al-Kassar was also a ‘part of the covert network run by Ollie North, and al-Kassar was given money by North’s team to purchase small arms for the Contras.

Thus, in the time period leading up to the destruction of Pan Am 103, al-Kassar was part of a super-secret, drug-dealing CIA cell, COREA.  He was working with the DEA, supposedly to catch American drug dealers, and he was purchasing weapons for Ollie North’s covert team.

What is revealed in the above paragraph is significant, for it establishes that the CIA knew about McKee and his team and what they had discovered concerning COREA and its activities and no doubt had collected all the necessary evidence needed to completely expose it.

Something else which is also very significant is, that within weeks before the bombing, West German police and the CIA received a tip from Israeli intelligence about a possible terrorist attack against a U.S. carrier. Researcher Erick Anderson summarizes, based on the Interfor Report, that, “the CIA asked BKA (German police) to tighten security on all U.S. airlines except Pan Am….”

Interfor stated that “a BKA undercover officer reported that Pan Am would be a target of a bomb attempt within the next two or three days”—a warning that BKA relayed to the CIA’s COREA cell.”

COREA informed their CIA Control regarding the plan to bomb Pan Am 103, the flight with Charles Kee and his team were scheduled to take from London to America.  And guess what?  CIA Control directed that flight 103, with Major McKee’s team, not be stopped.  This was Interfor’s most explosive finding, that on December 21, 1988, CIA Control gave the instruction not to worry about the plane, to let it depart.

Mueller’s Involvement in Pan Am 103

Oh yes, the devil is in the details.  Mueller was appointed as chief investigator of the bombing of Pan Am 103.  His investigation overlooked a mountain of evidence, including the Iranian payments to Jabril before and after the crime for bombing an American plane.  It was Jabril’s use of an airport smuggling route developed by CIA asset, al-Kassar and protected by the CIA to plant a bomb on Pan Am 103.

The arrest of Jabril’s cell members in Frankfurt a few months before the attack with a bomb like the one later used to destroy 103, Jabril’s several admissions of guilt for the bombing, and the CIAs tipoff to the Iranians that McKee and his team were on that flight, along with the go ahead by CIA Control for the mission to proceed were basically ignored.

How Mueller concealed international crimes, and failed to bring to justice perpetrators against the United States is in this tell-all book. The deaths of 259 people are on Mueller’s shoulders.  Al-Kassar, Ahmed Jibril, and the CIA agents smuggling heroin were never charged.  According to Interfor, Mueller never brought to justice the CIA Controls who gave the go ahead for the flight and the destruction to proceed.

Where was the justice for McKee and his team?  Not from Mueller.  For the whole story, one must have this book.

Senator John Milkovich’s book contains far more, with all the documentation.  Please order yourself a copy to understand what kind of man was appointed Special Counsel by Rod Rosenstein to investigate the fraudulent claim of Russian Collusion in the 2016 election.

Remember too, the DNC and Hillary Clinton’s campaign secretly paid research firm Fusion GPS, and Christopher Steele, a former British intelligence operative, to compile a dossier of uncorroborated raw intelligence alleging Trump and Moscow were colluding to hijack the presidential election.  And Robert Mueller, as FBI Director, carried a sample of Uranium to Russia for Hillary Clinton.  The Clintons and their foundation raked in a cool $145 million in donations and “speaking fees” just from Uranium One and Rosatom-affiliated donors while Secretary of State Hillary Clinton was supposedly keeping all Clinton Foundation business at “arm’s-length.” I have to wonder how much was paid to Robert Mueller.  We’ll probably never know.

Robert Mueller’s involvement in Ruby Ridge and the Anthrax case will be discussed in the next article.