Truth of Covid 19 and the Wuhan Lab

by Rev. Austin Miles
China is a totally Communist country. The Communist goal is to forcibly compel the world to serve Communism. That has been their goal throughout the centuries. China is the focus today rather than the old Soviet Union which was the cradle of Communism.
Here is the skinny (last word) about the birth of the Corona Virus. The first to take part in this hideous drama was Bill Gates of Microsoft, who resembles a Nazi.  For years he has entertained the goal to depopulate the earth in order, he says,  to protect the world from poverty. He is almost fanatic on that issue and we learned from many sources including Google that he makes sure at least 6000 people are killed every month. You can Google this for verification.
Gates was thinking ahead of anyone else. Indeed, according to reports,  Gates met with Dr. Fauci, and gave him $1.3  Million to take to the Wuhan China Laboratories to finance experiments on a new possible bacterial force. Now let that sink in. Here are the real details to how that virus was created and where. And Dr. Fauci, had a part in creating this plague according to news reports.
The result which ensued from the magic lamp was named the Coronavirus, or, Coved 19. Not intentionally made doncha know. Now lets get this straight, that virus did NOT accidently spill or leak our of the lab as the false news media tries to make everyone believe, nor was it carried by a bat, or any animal in the “fresh market” across the street.  This deadly virus was deliberately released from that lab, first infecting and killing Chinese Citizens, then spreading throughout the world.
And remember, Bill Gates and Dr. Fauci were the key players in this pandemic. Gates whose goal is to depopulate the earth gave Fauci the money to take to the Wuhan Lab to create this pandemic. These are facts.
Unknowingly, a biological war had begun with a first shot of spreading the virus,  People all over the globe became very ill, were hospitalized and people began dying by the millions. Hospitals were so crowded with patients that they had to be taken to makeshift extra rooms and even into the hallways. This was fierce. 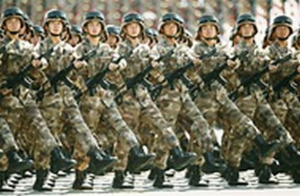 Now why would China be so angry at the U.S. that they would unleash this biological warfare?  Here are personal thoughts that might unravel the puzzle. They were angry at President Donald Trump who, after many years of China stealing patents, trade secrets and one sided negotiations for trade, took the reins and renegotiated everything with them, which did not please them.  Trump had stood up to them, outsmarted them, they were furious, and the new plague evolved.
And what about Dr. Fauci? I was suspicious of him from the beginning since he used every opportunity to make sure his face was shown on every news item about the virus. That seemed to be more important to him than conquering the disease. He wanted all the attention.
We need President Trump back in office.  It is now being proved daily that there was voter fraud and voting machines that were rigged.  This has been proved in Georgia, Michigan, Pennsylvania, Arizona with more being found.  And do you know the real kicker for all of this?  All the voting machines were provided by….drum roll…George Soros, who publicly has stated he hates America. He is a Communist billionaire who is able to buy off anyone.  What’s worse, they all take the money and do what HE wants them to do.
This is why the Bible says: “The love of money is the root of all evil.” 1 Timothy 6:10
There is no question the election was hijacked by the Communist Democrats. Trump actually won the election. The first thing we need to do, after receiving the verifications of these faulty machines, is to impeach Joe Biden for incompetence.  He is absolutely destroying our great country. And we need to put President Trump back in the Oval Office. We need to make America Great Again and keep it that way.
Photo Caption: Goose Stepping Communist China Army
© 2021 Austin Miles – All Rights Reserved