Propaganda is information, especially of a biased nature, used to promote or publicize a particular political cause or point of view. Propaganda is often associated with the psychological mechanisms of influencing and altering the attitude of a population toward a specific cause, position or political agenda in an effort to form a consensus to a standard set of belief patterns. Propaganda is information that is not impartial and is used primarily to influence an audience and further an agenda, often by presenting facts selectively (perhaps lying by omission) to encourage a particular synthesis, or using loaded messages to produce an emotional rather than a rational response to the information presented. [Propaganda] 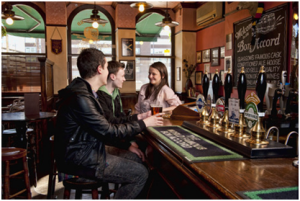 This week the great British public have been released from their imprisonment, and they have been rewarded by being allowed to partake in the great British pastime of socially boozing together.   Yes, a trip to the local pub has been the long awaited relief that according to mainstream media many millions of citizens have been eagerly waiting for.  Apparently, It was our 4th July, our Super Saturday!

In view of this, TV personality, Dr Hilary also advised local Accident and Emergency units should be on stand-by for an increase in patients on the scale of New Year’s Eve admissions. [what-time-are-pubs-opening-closing-weekend]

As pubs and restaurants once more opened their dusty bolted doors under safe and hygienic distancing measures of course, I drove past some of the most popular inns and restaurants in my area, which is well outside London, but saw little of the eager and long awaiting crowds lining up to get through the doors of the many pubs and restaurants that line our busy main roads and country lanes.  There was not the natural and normal buzz of enjoyment or laughter.  I witnessed a few solitary cars which were sadly socially parked on once empty car parks.  This was also confirmed in other parts of the country.

I wondered if the sobering up from a long three months of being socially distant from others had revealed a reality that only stillness and silence can convey, but I also wondered just how many people were still living under the fear of catching a virus and were more accustomed to their solitary confinement and perceived safety whilst sitting on ‘death watch’?

In contrast, the previous weekend had seen thousands descend onto the beech at Bournemouth in Dorset, reportedly creating widespread havoc with abandoned cars, overcrowding and leaving tons of litter in their wake.

Council leader Vikki Slade said she was “absolutely appalled at the sight of so many people tightly packed on the south coast’s beaches’.      Why was she surprised? [Coronavirus major incident declared as thousands descend on British beaches/]

Stay at home, unemployed and employed workers and their families had decided that the predicted heat wave, the fresh air, sun, sand and ocean were just what the doctor really ordered rather than a pint of beer which they can buy at the local supermarket at any time.  It didn’t take a genius to understand that this type of freedom would then overcrowd certain outdoor areas when foreign travel and imposed restrictions elsewhere had been enforced.

It was also reported that there was also a certain rebellion from some of the beachcombers against officials who were trying to maintain some sort of order.

After witnessing crowded demonstrations/demonstrators in London being allowed to freely assemble and then trash statues with very little resistance; a sense of injustice and mistrust might just have been the key motivator in creating the division now being displayed against authority.

From an objective point of view, it is very cruel that innocent people are being expected to adhere to behavioural techniques, which includes continuous fear and injustice, being implemented against them, only to be ‘chastised’ by the very creators of such confusion and chaos.  A psychologist might call this the actions of narcissist parenting. 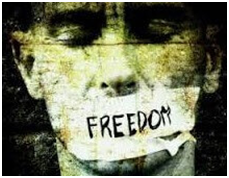 One of the saddest expectations is the muzzling of adults and children when there is no sufficient evidence to prove that mask wearing prevents a person catching a virus especially in situations where a mask might not be needed.  This adds to the isolation and the separation which is being implemented.  They also remove your identity.

The Naughty Step for Leicester

Elsewhere in the UK, the citizens in the city of Leicester have been put under lockdown again whilst the rest of England enjoys some freedom.   This conveys the message that if we don’t behave elsewhere, we will suffer the same fate once more.  We had better conform.

Emergency legislation was also put in place through government so that the police will have the ability to fine people from £100 to £3,000 for repeat offenders who break the lockdown. The Prime Minister, Boris Johnson has defended the decision to lockdown Leicester because of the spike in new cases of people testing positive for Covid-19.  There has been no such threat against demonstrators who trash statues.   You can watch a report here from the BBC which is biased in that it records only one person being distressed by the lockdown whilst others believe they should comply:

Psychological Warfare and using the virus to implement Communism/Godlessness

The false sense of freedom which citizens are now experiencing is conditional in contrast to the freedom which was once our human rights.  Lockdowns have happened quickly and unexpectedly but the curtailing of freedoms have been systematically happening over a period of many years.   Resistance has been silenced.

In order to implement this demise, there has been an eradication of free speech, individualism, family and manhood.  However, authorities have given the impression that it respects free speech (but only to a few) and respects gender (worshipping homosexuality and promoting feminism).  It has also pandered to the over-sensitivities of those who are constantly offended.  Fatherless homes and single parenting have also been actively encouraged.

Many people in these groups have sadly been used to further the agenda of Communism which may soon become a One World Order of control.  It is a system of godlessness and the majority of church leaders have said or done nothing about it but meekly conformed to the godless system.

Communism, which has at its core Atheism, also has to eradicate any trace of history, including Christianity, which is why it is using a racial issue to stir up hatred.    Rebels without a real cause are also jumping on this bandwagon in order to demonstrate against the oppression they inwardly feel.

Instead of uniting us in a fight against Communism; social distancing and the separation of races is keeping us isolated and distracted whilst giving us the impression we are all still fighting the ‘virus’ together.

Entrepreneurship and individuals have also been severely penalized during lockdowns.  To deliver a message that only ‘essential’ or ‘key’ workers may go to work conveys a message that you are of no importance unless they say so.  That is also the message of Communism.

Whoever would want a community to know that they have no father, no independent authority to look up to other than their leadership, we can look to China as an example who have recently shut down 48 state registered churches between 18 and 30 April.

According to Bitter Winter who are a religious liberty and human rights magazine, religious items have been stripped from churches in Yugan county and replaced with images of President Xi Jinping and Mao Zedong.  The ongoing crackdown is part of a five year plan announced in 2018 to ‘reinterpret’ Christianity.   Bitter Winter have reported hundreds of state sanctioned churches have been closed, pastors arrested and imprisoned and surveillance cameras installed.

In Beijing, a famous Islamic street in the Miyun district, two structures with domes and stars and crescents were forcibly demolished and domes are being removed across the country.

It is also reported that hundreds of policemen were sent to demolish Buddhist temples.

Bitterwinter: A magazine on religious liberty and human rights in China/

In case the UK should think this could never happen here because we value our heritage too much, consider the ease we have given up our freedoms and the ease in which the recent recommendation to close churches became an order issued by the Archbishop of Canterbury.   It is only today, the 5th July, that churches have been allowed to open with a maximum capacity of 30 people and strictly no singing.  Consider how there is some agreement taking place in the removal of statues and monuments.

A strong Christian Church would never allow Communism to reign, but an infiltration of the church by non believers who have been put in high places has enabled the church to become weak, compromising and subservient, and this has been the plan that Communism and a One World Religion has had all along, to destroy Christian values and moral principles upon which many western countries are built upon, in order to displace it with their own evil agenda.

The photograph I have taken is from the notice board of a church called St. Peters informing parishioners that The Archbishops of Canterbury and York are advising public worship should be suspended until further notice.   The most significant memorial in this church, which visitors especially from the United States are drawn to, is that to Edward Winslow, born in St Peter’s parish in 1595.  He was one of the Pilgrim Fathers who sailed on the Mayflower.   The vestry built onto the church in 1973 is dedicated to his memory.

As much as possible we must talk about this without fear to other people and bring our focus back in line to what freedom is. Sing in the open and sing loud.  Under God’s umbrella freedom can still be found, built upon the foundations of the commandments, and not the laws of man.    They exist to provide good lives.

I believe people are waking up to the psychological manipulation which has been taking place upon them and many are turning back to God and praying.   We look often to the USA where our founding fathers travelled to in an escape from persecution to our relatives who also love the freedom upon which the country was built.

God Bless all the people who have fought for freedom and God Bless our countries.