During the course of the Obama-Biden attempt to sabotage President Donald Trump’s campaign and his attempts to keep his promises, renowned intelligence expert Lyle Rapacki, Ph.D.  began warning the U.S. military, the intelligence community and law enforcement nearly four years ago. —Dr. Rapacki’swords are more concerning today than when he first uttered them.

Jim Kouri: Nearly four years ago, you predicted – even prophesied – what we are witnessing in 2020: Bullying by left-wing politicians and so-called activists and protesters. How do you personally define the term “bully.” 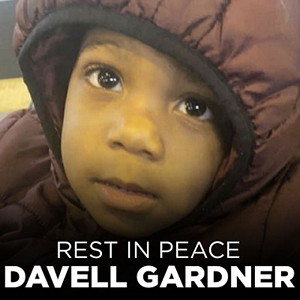 Dr. Lyle Rapacki: A bully is an overbearing person (or persons) who is quarrelsome, and browbeats smaller or weaker people into submission.  Each individual reading this immediately knows someone who has been bullied, or him/herself has been bullied.  The memory and reality of such experience is shame producing and emotionally painful.  Maybe it happened to you in school, maybe years later it happened during a marriage or even at work.

Kouri: How do nations mirror the effects of bullying on individuals?

Dr. Rapacki: The impressions left from such an experience can linger for years even decades unless a supernatural intervention occurs to make things right, to promote healing in the deeply embedded emotional wound, and to allow life to return from the shattered existence that has followed the person.  Countries can be bullied, too.  Much like an individual a country can become shattered and torn, a mere shell of its once dynamic life.

Kouri: When do you believe the bullies began their use of political propaganda?

America has been bullied and shamed with a strong argument  made to suggest ever since Ronald Reagan was President.  With days remaining until the crucial national elections America is on the ropes in a fight with seemingly no rules for the aggressor(s), the bullies.  Who are these bullies?  How did they get to be bullies in the first place?  The second question is easier to answer than the first.  Bullies exist as unchecked overbearing bruits who pick on anyone who gets in their way or even if the victim doesn’t get in the way but is determined to be an easy mark, and can further enhance the image of the all-powerful bully. 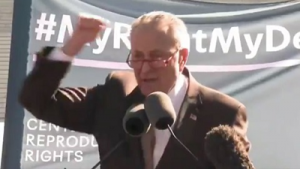 Kouri: How does a bully become?

How the bully became a bully is a bit more complex and multidimensional, but one universal characteristic of a bully is that they want what they want, and they don’t much care how they get it just as long as they get what they want!  Until they are stopped; until someone sets a boundary and enforces the boundary; until the bully either changes his ways or comes to realize there shall be certain consequences each and every time they act out their bully ways, the bully will continue, and even become more emboldened.  Periodically a bully will attempt to sweet-talk his way or promise something in return for getting his way.

More likely the bully simply, well, bullies his way including belittling and shaming his opponent, threatening whoever stands up to him, or actually taking aggressive actions to bring opposition to its’ knees.  In between actual incidents the bully works a psychological game of intimidation to keep others in check from jumping in and stopping the order established by the bully.

Our country has fallen victim to the bully of political correctness and progressive/repressive Socialist agenda’s put forward by haters of anti-American principles and values as established by our Forefathers, and written clearly in the Founding Documents they presented to us as a gift.  These bullies hate our Judeo-Christian heritage.

These bullies hate the values by which America was born, and which made us exceptional.  These bullies hate all who don’t think as they do, who don’t subscribe to their agenda in the national sandbox to which they have taken up residence as their own with no room for anyone they don’t like or can’t use to keep them in power.

Money, control, furthering their beliefs at the expense of another’s freedom, changing/recreating the national sandbox into their own utopian place of being, dominating every aspect of not only the sandbox, but the entire playground surrounding the sandbox so as to be the undisputed authority.  The bully, and his gang of likeminded thugs, may smile and attempt to make nice but always with the motive of stomping and casting away opposition, thereby, promoting dominance of their wants, their agenda.  America has been undergoing such a series of attacks to completely eliminate any resemblance of what our Founders strove to create.

There is even subtle elimination of people built-into the present day bully game plan; coupled with destruction of property, wealth, health, business, dreams, family.  Will Mr. Trump be the one who finally stands up to the bully, or is it a ground swell movement collecting strength from every sector of the national playground to confront and even defeat the bully?