Well, Mr. President, the plots thicken – all of them – the ones in opposition to you and your agenda and those by some in your administration who seem committed to preventing your agenda from coming to fruition. More on that later… 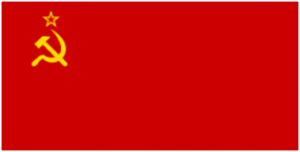 Toward the end of Part 1 of this series, I commented on the evidence of communist involvement in the street violence that we’re constantly seeing.  I failed to point out the fact that in live news broadcasts there had been reference to these violent participants as anarchists, without noting the fact that they were flying the red flag with the communist hammer and sickle or waving signs that had the internet address of communist websites, such as, but not limited to, revcom.us. This includes the so-called fair and balanced channel.

This is a certainty of collusion.  All these news reporters had to have been either trained, or instructed prior to the event being covered, to ignore certain things they didn’t want seen.  In this case, of course, it was the communist’s involvement in the violence in the streets.

Back in the 90s, the time had arrived when those who manage the globalist agenda decided a ruse was needed, one which would make it appear that communism was dead – it was gone – nothing we should even think about.

Remember when Reagan said, “Mr. Gorbachov – tear down that wall.”  Yes, that was part of it too, and that command among other things, exalted President Ronald Reagan into the epitome of Republicanism, which among other things, was nothing but a facade and a fraud.  Nevertheless, it put many Americans asleep.

I was actually one of the ones who was lauding and applauding him. I remember writing a long letter to the local newspaper about how he was giving us an open window to a great future. But, in my 90 years I’ve seen a few things. So at last I understand some things.

Why is this important?  It’s important because it is continuing to be applied to today’s scenario and façade.

One almost never hears anyone express concern over the impending dangers of communism. Do the millennials even know the very definition of communism?  We might hear them say something negatively about the liberals, or the leftists, and sometime they might even include the socialists, but not about the communists.  It’s as though the communists don’t exist.

Most people, or at least 99% of them, are not aware that communism is as much a part of the agenda for globalist control, i.e., “the new world order,” as any of those other isims. Actually, communism is an out-growth of all of them combined.

In fact, the communists are the hand-maidens of the combined elements of the left; they can organize and implement events in the populace which result in certain changes throughout society, and will remain hidden and unseen as far as who and what is behind it for now. That said, it does not preclude the probability that the planning of the event which the communists are given authority to initiate and implement has not been planned by higher-ups in the hierarchy of the globalist agenda. All things carried out at the lower echelon must coincide with what is being done at the higher ones, otherwise it throws everything out of sync.

How does all that play into and connect with the issue of sanctuary cities and the seeding into our country of thousands of so-called Islamic refugees by the Obama Administration and secretly placing them throughout our country?

It appears as though there are two objectives. Had Hillary been elected, the primary one would have been to use these people in gorilla type activities after disposing of the Second Amendment and disarming American citizens.  After these gorilla bands had simultaneously wreaked havoc in locations within the vicinity of sanctuary cities, they could individually fall back into them for concealment and protection.

With regard to disposing of the Second Amendment, the globalists have been at work for some time preparing to bring about a Constitutional Convention for the purpose of changing our Constitution to be more favorable to the goals of world government.  There are several new constitutions waiting in the wings, one was written decades ago by the Ford Foundation, and turns our God given rights into a few privileges granted by the all-powerful government.  Socialists, Soros and minions, along with many faux conservatives are working to destroy our wonderful Constitution.

There is no doubt that the Second Amendment will be one of the main targets of the committee in charge of procedures governing the order of business. If they are successful in pulling off this traitorous scheme, we can expect them to confiscate our firearms. This action will leave the people at the mercy of whatever gangs and gorilla bands are roaming the towns and cities and will result in demands for law and order I have alluded to previously.

None of this is supposition, it’s the exact modus operandi they’ll use.

As I stated in part one of this series, the incremental destruction of everything we consider to be American, our sovereignty, our individual God-Given rights and our culture are all at risk.

Mr. President, I greatly respect and fully support you in what you are attempting, but I am concerned how you are going about trying to bring your goals to fruition.

You are listening to the wrong people Mr. President!  Your advisors have surrounded you with enemy agents – wolves in sheep’s clothing.  Some of them, the neo-cons have been successful, over the years, in building up a conservative image.  They talk like conservatives to a point, by giving lip service to conservative principles when in reality they are planning to sabotage the policies of those same principles. They are simply spin-offs of Trotskyites, (slow communists), and in reality, nothing more than spin-offs of Lenin.

Then there are those you have appointed who are either members of the Council on Foreign Relations (CFR), or they have strong connections to it.  I’m not going to go into the details for it would take separate article to do so.  Here is a link to an article by Kelleigh Nelson, recently published in NewsWithViews which covers much of it. Another one just recently published adds even more.

Mr. President, I hope this article is received by you, and that you, or someone close to you who is truly trustworthy, will follow up on these links and give them serious consideration. I think it is essential that you get this information, if you haven’t already.

Sir, you have already accomplished more for America and her people than any president since maybe Calvin Coolidge, and I think the reason he was able to do so much was because he did so little, or at least that’s what was said about him.

I hope that at some point in the future, hopefully after you are able to make America great again, that we can elect another President who will do much – by doing so little. But before that time, we have a whole lot of work to do.

We can’t begin to make America great again by putting into high position, or any position, those who are the antithesis of God and His principles. According to Kelleigh Nelson, in News with views, the list of possible appointees to the Supreme Court, which was submitted to you by the Heritage Foundation and Federalist Society, included only two who were pro-life. That means the remainder of them who were recommended are not pro-life, that they are against the gift of God.

According to Frederick Bastiat, a nineteenth century French statesman, “We hold from God the gift which includes all others, this gift is life – physical, intellectual, and moral life…He has provided us with a collection of marvelous faculties. And He has put us in the midst of a variety of natural resources. By the application of our faculties to these natural resources we convert them into products – and use them. Life, faculties, production – in other words – individually, liberty, property, this is man. And in spite of the cunning of artful political leaders, these three gifts from God precede all human legislation, and are superior to it.

Life, liberty and property are the three basic requirements of life, and the preservation of any one of them is completely dependent upon the preservation of the other two…and they do not exist because men have made laws, it was the fact that they existed beforehand that cause men to make laws in the first place.”

These judges who are not pro-life have to be pro-something else — something which is the antithesis of life. In fact, we might say that they are, to a certain extent – pro-death especially, to the unborn. This could also extend to those considered disabled mentally or physically. We must conclude that they are either approaching, or have already arrived at the condition of a reprobate and cannot be trusted to discern right from wrong.

Anyone with a reprobate mind (has crossed the line away from God) is going to line up with those that are anti-God and you don’t need them in your administration, you already have too many of them. It grows more apparent with each passing day that your administration, along with Congress and the Senate – is virtually littered with them.

Mr. President, someone has definitely been steering you in the wrong direction.

President Trump, I am very much concerned with what I see in the discussions of the trade agreement known as NAFTA . The way it is being presented, for the most part, is whether it is good for American jobs, business, or balance of trade between Canada, Mexico and the United States. It’s the same tactic which was being used when they were trying to slip the traitorous TPP by us.  It was all about trade, nothing was ever said about what it would do to our sovereignty.

There were 30 chapters in the TPP, but only 5 of them were about trade. According to Senator Sessions, it would make up a stack of 8 ½ by 11s, 42 inches high, but figuring 1.4 inches per chapter would mean there were only 7 inches about trade, leaving 35 inches about how our country would be changed – how our laws would have to be changed to coincide, with the laws of the other countries in the “Partnership.”

Mr. President, I have already begun mentally preparing a follow-up article about the NAFTA issue. When I finish it, I will send it to you even before it goes to the publisher, then after it is published I will send you a copy, for I’m sure my proof reader will put in some links that will give you much more information.

Just don’t quit, Mr. President!  We need YOU.  It is a given – without you we would have been lost.  We may never have another chance to even begin thinking about making America great again.