Where Are Mail-in Ballots Being Stored?

A man called into Rush Limbaugh’s show the other day with an interesting take on why Basement Biden and the DNC are just going through the motions of campaigning and don’t give a damn how bad the ‘optics’ are that people are seeing.

By optics he’s referring to the glaring lack of interest in old Joe and Ho Harris’ campaign – except for the non-stop screaming and screeching by Hollywood ‘celebrities’ and the DNC’s MSM.

DON’T BELIEVE GARBAGE POLLS: Trump Is Crushing Biden In Energy, In Our ‘Rally Tally’, in Boat, Car, Horse and Buggy Parades and Even Cookie Sales

60% of Attendees of Trump’s Minnesota Rally Were Not Republicans

VP Mike Pence Draws 4,000 in Florida — More Supporters than Joe Biden Has Seen at ALL RALLIES ALL YEAR!

Biden, Harris Kick Off ‘Bus Tour’ In Arizona — Not A Single Person Shows Up

Honest Americans have to acknowledge Basement Biden has advanced dementia because his lack of mental acuity is on display everytime he makes a public appearance or reads off a teleprompter in his basement.

Joe Biden addresses the ‘people of Arizona,’ but he’s actually in Nevada

“Where Am I Going?” – A Confused Joe Biden Bolts From Podium After PA Speech and Walks Over to People WITHOUT A MASK (VIDEO)

Joe Biden Has an Idea So Dumb That it Will Make Your Brain Melt – “BIDEN: If a police officer “goes on a 911 call, it’s better if he or she has with them a psychologist or psychiatrist.” (Dementia is nothing to joke about but it’s obvious sexual predator, ‘old Uncle Joe’ has serious neurological issues.)

Joe’s biggest crowds are Trump supporters lined up to greet him when arriving for his rallies or speeches chanting ‘four more years’.  Never seen anything like it.

Video:  Joe Biden: The task we have is to “create a new world order”

‘On the Threshold of the New World Order: The Wilsonian Vision and American Foreign Policy in the 1990s and beyond’,  Joseph Biden, June 29, 1992.

Joe Biden: “I’m Going to Accept the Outcome of the Election Without Any Questions” (VIDEO) – (I’ll bet Hillary farted so loud over that one it shook the Grand Canyon!)

Kamala Harris’s husband and his company’s ties to the CCP could affect the campaign for the vice presidency (I don’t see why.  Mitch McConnell’s wife’s family and the commies seems to be just fine with Republicans. Both of Schweizer’s books really are mandatory reading; your local library might have copies. Profiles in Corruption- Clinton Cash and Secret Empires: How the American Political Class Hides Corruption and Enriches Family and Friends 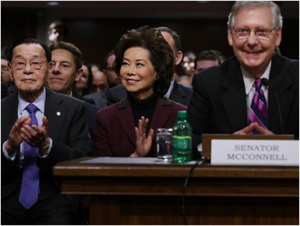 The faces of unbridled greed.  Sadly, Kentucky voters must vote for him to keep a majority in the Senate and hope McConnell retires after his reelection since he’s 78 yrs old.)

Of course, they did.  Chinese Communist Party Has ‘Endorsed’ Biden-Harris, Dems and C.C.P ‘Making Common Cause’ to Beat Trump

Going back to Limbaugh’s caller.  His hypothesis is Biden’s handlers are running out the clock because they are placing all their bets on vote fraud – specifically ballot harvesting and mail in ballots.

So just where are those mail in ballots being stored?  What layers of security are being provided to secure them?  Will your vote even be counted?

Voting so far is a MESS.  I covered many verified instances in my August 3rd column.  It’s only getting worse:

THE MOST TERRIFYING VOTER FRAUD VIDEO CAUGHT ON TAPE YOU WILL EVER SEE!! – Absolutely sickening beyond words. See whose counting ballots and where they’re stored.

L.A. County: Thousands of mail-in ballots sent without the option to vote for president

DOJ Investigating Discarded Mail-in Votes Cast by Military in Pennsylvania — All of Them Were For Trump!

Very short video: How to Steal an Election: Mail-In Ballots 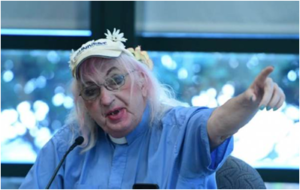 Wray, pay attention here with the key word federal: Federal Authorities Have Already Documented Two Cases In Which Votes Have Been “Discarded” In Key Swing States

There’s no doubt in my mind Wray will not serve under Trump a second term.

Act surprised.  Appointed by Hussein Obama.  One has to produce ID to get a driver’s license, a fishing license and just about everywhere else – except to vote.

An Obscure Law In Pennsylvania Could Result In 100,000 Mail-In Ballots Being Thrown Out Without Ever Being Counted

Ask and you shall receive doesn’t necessarily apply in all instances…especially when DC is bluer than the ocean:

Return to sender: DC voters are being sent mail-in ballots for ex-residents – The D.C. Board of Elections is asking people to return those ballots so it can update its voter rolls (And, what have they been doing since the 2018 elections regarding cleaning up their voting rolls?  Crickets.)

I have more saved but as anyone can see, it’s a monster mess the Democrat/Communist Party USA is counting on to deliver Basement Biden to the White House.  Although, old Joe has been encouraging people not to vote for him:  Watch: Joe Biden Argues Six Times that Americans Should Not Vote for Him.  His handlers must just cringe.

Trump’s lawyers, the same as Biden’s have been gathering and planning for months. Trump campaign bracing for legal battle over election, forming ‘coalition’ of lawyers

We need YOU to help from now until Nov. 3rd.

“Engelbrecht remarked, “This is going to be about turning out the vote and then about trying to do all we can — given the current firestorm of litigation and confusion — to make sure that the vote process is as accurate and transparent as it can be, and that means that we have to not just plan to vote, but plan to serve, because left unto itself, the left has made it very clear that they do not intend to let the president win another term.”

“Engelbrecht warned of left-wing considerations of a contingent election.

“They are already making plans to have this, to have their vote for president cast in the House of Representatives, because they are calculating and engineering an outcome that will take the power of the vote away from people, and they’re going to do that by crashing as many elections and as many processes as they can in the coming days,” Engelbrecht stated.”

Go to her web site for help on how to do your part. – For the left it will be more burning and looting businesses while Americans are trying to get back on their feet.

“Radical left activists have released an online “resistance” guide which outlines how they can coordinate to disrupt the country should President Donald Trump be re-elected to a second term next month, or if the results of the election are close.

“Through uprisings, massive and nationwide civil unrest, job walkouts and more, the group ShutDownDC has authored a document as a roadmap for post-election interference.”

“The manifesto, if you will, has been meticulously crafted and has received significant editorial oversight — meaning this is no manifesto written by fringe and uneducated radicals.”

It isn’t just the presidency but the all-important U.S. House and keeping a majority in the Senate as well as state reps and senators, governors, sheriffs and so many more offices.  Call your local GOP headquarters (if you don’t know who, call your county clerk’s office, they know.)  and volunteer to walk districts.  It is extremely effective in getting votes. The weather is cooling off and a great way to make new friends.

Democrats are highly organized which is why they’re called community organizers.  They bus people in and have volunteers going to nursing homes getting signatures on ballots from the comatose.  Despicable.

Go down to or call your county elections office and find out where the mail in and absentee ballots are being stored, what security is in place and who is doing the counting?  I want to see how they respond.

If you are forced to use mail in ballots, drop them off at the county elections office and not some drop box.  If you see what you believe to be vote fraud, report it.  Here in Texas I can say our AG’s office has and continues to prosecute vote fraud.

This is going to be an epic battle and the prize is OUR country, the future of our country for decades and much more.  It’s good vs evil, socialism/communism vs freedom.

It’s up to us so please, I’m going to do my part in my county, please join this effort and do your part in your county.We are responsible for our destiny.

[I hope you can listen to my Devvy’s Commentary audio recordings; here on front page of NWVs.  My short 10.2.2020 commentary is on Trump contracting COVID-19 and the debate last week.  I do them on a regular basis so if you’re signed up for free email alerts from NWVs, you’ll get notification.]