Why the States Must Nullify the National Voter Registration Act Now! 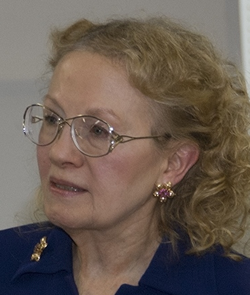 But lawsuits have been filed in federal court objecting to the photo ID’s; and the judge on one of them, U.S. District Judge Loretta Biggs [Mid. Dist. North Carolina], has announced that she will issue a preliminary injunction against the requirement that voters present a photo ID.  North Carolina election officials scurried to comply with Judge Biggs’ announcement; and Republican politicians called for an appeal [link].

The purpose of this paper is to show a better way to proceed – to show how North Carolina can enforce the US Constitution and the qualifications for voting set forth in its State Constitution.

We begin by looking at what our federal Constitution says about qualifications of voters.

where States set the qualifications for voters

In our federal Constitution of 1787,the States expressly retained their pre-existing power to determine the qualifications of voters:  Article I, §2, cl. 1, US Constit., says,

“The House of Representatives shall be composed of Members chosen every second Year by the People of the several States, and the Electors in each State shall have the Qualifications requisite for Electors of the most numerous Branch of the State Legislature.” [italics added]

So the States have retained their original authority to set whatever qualifications for voting they deem appropriate,  subject to their agreement (with each other) that they would not deny suffrage on account of a Citizen’s being in one of those four categories.

But today, we all know that, due to the federal government’s long continuing refusal[3] to control immigration[4] and protect the States from Invasion,[5] illegal aliens are flooding into our Country.  In at least 15 States, illegals may get drivers’ licenses [link] [link]; and with California’s “motor voter law”, illegals are automatically registered to vote when they get a drivers’ license![6]

Furthermore, there are Precincts in this Country where well over 100% of the registered voters turn out to vote [link]!This Georgia Precinct had a 243% voter turnout!

Our elections are also corrupted by the “ghost voters” described in Deroy Murdock’s article [here].  Murdock shows that throughout the United States, over 3.5 million persons who don’t exist are registered to vote.  For North Carolina, Murdock finds 189,721 ghost voters.  Virginia has 89,979 ghost voters.But that’s a pittance compared to California which “is a veritable haunted house, teeming with 1,736,556 ghost voters.”

When you add California’s 1,736,556 ghost voters to the illegal aliens who also vote there (thanks to “Motor Voter”)[7] and understand that this problem is nation-wide; who can deny that the States need to man-up and clean up their corrupt voting systems? The federal government has no constitutional authority to clean up the voting rolls;[8] but the States have the inherent and retained duty and power to do so.

By requiring photo IDs, the Citizens of North Carolina have taken a first step towards getting rid of some of those 189,721 ghosts, plus the illegals,who corrupt elections within their State.

By dictating the registration procedures each State must use, and by mandating the voter registration form[the “federal form”] each State must use when registering voters;the NVRA stripped the States of their power to determine whether voters in their State meet the qualifications for voting set forth within their State Constitutions. It thus prohibits the States from enforcing the qualifications for voting set forth in their State Constitutions![9]

This is shown by what happened in Arizona:

The Constitution of the State of Arizona restricts voting to Citizens.  During 2004, the People of Arizona (which had been overrun with illegal aliens) adopted an initiative (Proposition 200) which required those in Arizona who apply to register to vote, to provide documentary proof of citizenship.  But a lawsuit was filed in federal court; and the Ninth US Circuit Court of Appeals ruled that since the National Voter Registration Act of 1993 doesn’t require applicants for voter registration to provide documentary proof of citizenship, the States may not require it.

But here we are: The Supreme Court has held that since the federally mandated voter registration form doesn’t require that persons registering to vote provide proof of citizenship, the States may not require it.  What this means, in practice, is that the States must register anyone who fills out the federal form.

The federal voter registration form may be seen (in 15 different languages) [here].

May North Carolina require voters to present a photo ID when they show up to vote? The Supreme Court hasn’t directly addressed this;[10] but consider that since the federal government requires the States to register anyone who fills out the federal form, why would the feds permit the States to deny exercise of the suffrage to any name which is “registered”?

We already know how U.S. District Judge Loretta Biggs is going to rule – and her ruling is consistent with the Supreme Court’s lawless holding in Arizona v. The Inter Tribal Council of Arizona, Inc.

The 7th paragraph of our Declaration of Independence recites how the Colonists opposed with manly firmness the King’s invasions on the rights of the people.

Are there any politicians in North Carolina today who will oppose the federal government’s invasions on the rights of the Citizens of North Carolina to set and enforce requirements for voting within their State?

So we would find out whether Trump actually means it when he says he wants honest elections, or whether he is just another fake “conservative”.  If he is a fake, he will send in the National Guard to enforce the Judge’s unconstitutional judgment.But if Trump lives up to his words about the need for honest elections [link]; then he will refuse to send in the National Guard to enforce the unconstitutional Judgment; and North Carolina will have won the Battle and set a noble example for other States to follow.

The Deep State which controls the federal government doesn’t want elections cleaned up – they need dirty elections to get their henchmen in office.  So they have embarked upon a course of action (such as the NVRA) to try to prevent the States from cleaning up elections.  So, for Heaven’s Sake! Man up and resist! Our Framers always advised the States to resist unconstitutional acts of the federal government [link] [link]! We will never get honest elections unless the States man up and reclaim their rightful authority over their own voter rolls.Do it before you lose the political power to do it.

[1] From 1778 to 1789, we operated under our first federal Constitution, the Articles of Confederation [link].

[3] Both political parties have embraced the Globalists’ open borders policy -both parties have failed to secure our Borders.

[5] Art. IV, §4, US Constit., requires the federal government to protect each of the States against Invasion.

[6] During 2013, California passed a law which permits illegal aliens to get drivers’ licenses[link]; and during 2015, consistent with the unconstitutional National Voter Registration Act, passed “Motor Voter” providing that when one gets a drivers’ license, one is automatically registered to vote [link].

[7] So with a “National Popular Vote” for President, or to ratify a new Constitution (if the mode of ratification for the new Constitution is a national referendum), it would be easy to steal the outcome!  Illegal aliens and “ghost voters” in California alone would determine the outcome for the entire Country.

[8] President Trump’s Executive Order 13799 of May 11, 2017, which purported to establish a “Presidential Advisory Commission on Election Integrity” [link], is unconstitutional as outside the scope of powers delegated to the federal government.

[9] Justice Thomas understands this: Until the federal government usurped power over this issue, the States always determined their own procedures for registration of those who were, pursuant to their State Constitution, qualified to vote. The function of registration of voters is so that the States may determine whether the qualifications for voting set forth in their State Constitution have been met!  Justice Thomas points out in his dissent in Arizona v. The Inter Tribal Council of Arizona, Inc. at II. A. 2:

“This understanding of Article I, §2, is consistent with powers enjoyed by the States at the founding. For instance, ownership of real or personal property was a common prerequisite to voting … To verify that this qualification was satisfied, States might look to proof of tax payments… In other instances, States relied on personal knowledge of fellow citizens to verify voter eligibility. . . States have always had the power to ensure that only those qualified under state law to cast ballots exercised the franchise.

Perhaps in part because many requirements (such as property ownership or taxpayer status) were independently documented and verifiable, States in 1789 did not generally “register” voters . . . Over time, States replaced their informal systems for determining eligibility, with more formalized pre-voting registration regimes. . . But modern voter registration serves the same basic purpose as the practices used by States in the Colonies and early Federal Republic. The fact that States have liberalized voting qualifications and streamlined the verification process through registration does not alter the basic fact that States possess broad authority to set voter qualifications and to verify that they are met.” [italics added].

[10] In the Supreme Court’s majority opinion [link], Scalia mentioned (4th para down from top) that Arizona’s Proposition 200 also required voters “to present identification when they vote on election day”; but he did not grace us with an answer as to whether States may require voters to prove that they are who they say they are when they show up to vote.

[11]As Alexander Hamilton points out in Federalist No. 78, the Judicial Branch is the weakest branch. All they can do is issue orders and judgments – they can’t enforce their orders and judgments.  They must rely on the Executive Branch to carry them out:

“… the judiciary… will always be the least dangerous to the political rights of the Constitution; because it will be least in a capacity to annoy or injure them. The Executive not only dispenses the honors, but holds the sword of the community. The legislature not only commands the purse, but prescribes the rules by which the duties and rights of every citizen are to be regulated. The judiciary, on the contrary, has no influence over either the sword or the purse; no direction either of the strength or of the wealth of the society; and can take no active resolution whatever. It may truly be said to have neither FORCE nor WILL, but merely judgment; and must ultimately depend upon the aid of the executive arm even for the efficacy of its judgments.” [caps are Hamilton’s; italics added]