Western Europe is on its last breath and they know it. It was collective and deliberate cultural suicide by the EU leaders and there is no going back. Once you are dead, you are dead. Now, the question is how far is America behind Europe in its own demise!!

The recent flood of Muslims into America, redistributing them across the land and rising numbers due to their high birth rate has become problematic. In addition, Muslims’ revert to their intolerant behavior has made many Americans against this as yet small minority. For instance, demanding legal status for Sharia (Islamic laws), the type of draconian laws that for the most part resemble those of 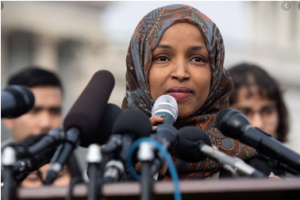 man’s barbaric past has made some Americans nervous. But being concerned and doing something about it is millions of miles apart. Many Americans who understand the issue are frustrated and feel helpless.

The perception that Muslims are only a very small minority and it is simply not likely that this small group could harm America from within, is a myth that the leftist media crafted and forced down the throats of gullible Americans. The American people have been repetitively lectured by, supposedly know it all, elected officials, leftist media and university Professors that only a very small minority of Muslims are troublemakers who are given the peaceful masses of Muslims a bad name.

According to them, those of us who sound the alarm are a bunch of bigots, racists and Islamophobes and more. You get the idea! Well then, before accepting either positions, let us get to the facts.

People habitually, in the face of threats, tend to go to the mind’s medicine cabinet and take a few denial pills, in the same way they turn to their aspirin bottle when a headache strikes.  Well, just ask any European who fled his country for a safer place like the US or Australia if the Islam issue is real and deadly. Here is my opinion: Neither the statements of officials, nor any tranquilizers can make Islam go away. Islam is here and it shows every indication of imposing itself on us as it has in Europe.

Recall that it took only 19 of these killers to launch the aerial mass murder of 9/11 that killed almost 3,000 people, completely shattered our open trusting way of life, and cost us trillions of dollars? Unfortunately, we have not learned anything from the 9/11 attacks but instead, act as if we are suffering from “Stockholm syndrome.”

As time passed, many Americans noticed that these new Muslim arrivals not only do not assimilate, but they also use our laws against us to advance Islam in America. These newcomers have taken advantage of the provisions of the most benign system known to humanity, democracy, to implode it from within. 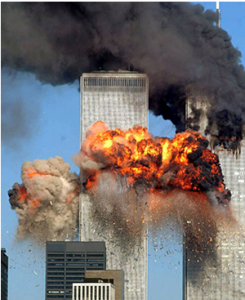 Whose fault, is it? American politicians in general are ignorant of Islam. They do not bother to understand Muslims’ ethos and life style before admitting them into the country. Those of us who have sounded the alarm for decades, have miserably failed. Somebody must insert the truth about Islam into the minds of all politicians that Islam is unlike any other religion. It never stops violence and to conquer. It is part of their culture. It is part of their book, the Quran.

This cult does not believe in multiculturalism because it is a mono-culture: the barbarian culture of Islam. Our officials must understand as this ideology grows and gains more power, it will inevitably impose itself and its ways on other people. This is a fact. America is easy prey and places all Americans in imminent danger.

We need to be reminded the breach of “Fortress America” from the air on 9/11 is only the first part of much more forthcoming dreadful assaults, unless we abandon our complacency, stop relying on the invincibility of law-enforcement, our phony elected official political jargon, fake news media and are willing to make the sacrifice needed to protect our way of life, maybe only then we will survive.

It is up to us, We the People to amend all that has been fed to us for years by crafty politicians and the leftist mainstream media. America is not safe and it is only going to get worse. Especially, now that they have a powerful ally on their side, the left.

Just a reminder that Islam’s invasion is currently in progress under our nose via stealth or soft jihad and subversion. The sad part of it is that most Americans have no idea what this subversion means and our elected officials are utterly useless to defend the land from the invaders. We are our own.