Democrats Proud of Their Agenda

WARNING: Graphic photos might be offensive to some but America needs a good dose of reality.

I hope this grabs the attention of Americans who belong to the Democrat Party. Let me give you some examples of your party’s beliefs and agenda.

All of your presidential candidates support murdering an unborn human being with the excuse it’s a woman’s “right” and government has no business interfering with your reproductive rights. Here’s a news flash: There’s no law that says you can’t reproduce. We’re trying to stop you from killing what you have produced by your own choice.

Through modern technology, a baby’s heart beat can be heard as early as 12 days, but usually between 14-18 days before a woman even knows she pregnant. When there’s a shooting, car accident or heart attack victim, what’s the first thing EMTs do? They give CPR to keep the person’s heart beating because when the heart stops the human is dead.

Abortion stops a beating heart and no amount of propaganda can erase that fact.

If you click here, you will see video clip of a baby at six weeks and six days and a beating heart.

Sexual deviant, Pete Buttigieg, supports infanticide or what is called late term abortion. Just like Marxist Hillary Clinton and Hussein Obama. But, Democrats out there – do you really know what that ‘medical procedure’ is?

“After dilating the cervix, the physician will grab the fetus by its feet and pull the fetal body out of the uterus into the vaginal cavity. At this stage of development, the head is the largest part of the body; the head will be held inside the uterus by the woman’s cervix. While the fetus is stuck in this position, dangling partly out of the woman’s body, and just a few inches from a completed birth, the physician uses an instrument such as a pair of scissors to tear or perforate the skull. The physician will then either crush the skull or will use a vacuum to remove the brain and other intracranial contents from the fetal skull, collapse the fetus’ head, and pull the fetus from the uterus.”

Almighty God has commanded, not asked: Thou shall not kill. What part of God’s commandment don’t Christians understand? This ‘partial birth’ murder is a “family value”?

Margaret Sanger’s vision is greatly admired by Hillary. Sanger was a eugenicist who established organizations that is now the Planned Parenthood Federation of America.

“Birth control is not contraception indiscriminately and thoughtlessly practiced. It means the release and cultivation of the better racial elements in our society, and the gradual suppression, elimination and eventual extirpation of defective stocks – those human weeds which threaten the blooming of the finest flowers of American civilization.”

Human weeds? Make no mistake about Sanger’s words – she is talking about black Americans.

“Margaret Sanger, October 1926 issue of Birth Control Review: “[Slavs, Latin, and Hebrew immigrants are] human weeds … a deadweight of human waste … [Blacks, soldiers, and Jews are a] menace to the race. Eugenic sterilization is an urgent need … We must prevent Multiplication of this bad stock.”

“[Our objective is] unlimited sexual gratification without the burden of unwanted children .. [Women must have the right] to live … to love … to be lazy … to be an unmarried mother … to create … to destroy … The marriage bed is the most degenerative influence in the social order … The most merciful thing that a family does to one of its infant members is to kill it.”

A cacophony of angry “pro-choice” Democrats were outraged when Project Veritas exposed Planned Parenthood’s selling body parts of murdered babies. They screamed the videos were a conspiracy and not true. The morally bankrupt in the Hollywood crowd were outraged. They were outraged because the truth about Planned Parenthood and their grizzly and barbaric practices were exposed to the world. 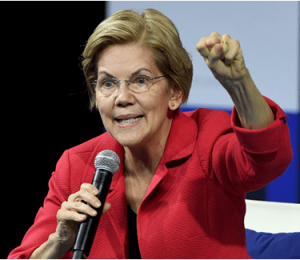 Notice the hand, thumb and compare. When I naturally close my fist, my thumb usually sticks out not intentionally bent in.

Comrade Bernie Sanders who doesn’t know anything other than to shout at people. An angry, hateful socialist promoting a form of government that historically has failed on a grand scale.  Venezuela Has Become a Starvation State- Actual Existing Socialism. I caught a video clip of one of his mouthpieces during the Iowa mess. This young socialist said Bernie has been fighting for all of us his whole life!

Really? Commie Sanders was a bum until age 40 when he got his first job. He sponged off his family for decades. Bernie Sanders a Bum Who Didn’t Earn His First Steady Paycheck Until Age 40 Then Wormed His Way Into Politics

Bernie Sanders Supports Abortions Up to Birth With Absolutely No Limits: “That’s My View” – No anti-choice appointments to Supreme Court. 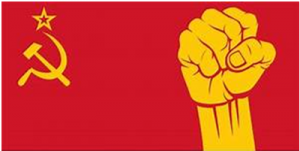 Pervert Joe Biden: Voted NO on prohibiting minors crossing state lines for abortion; Voted NO on notifying parents of minors who get out-of-state abortions

Michael Bloomberg Has Sordid Record on Abortion, Religious Liberty: “Bloomberg is one of the most radical pro-abortion politicians in American history. When he first ran for mayor of New York in 2001, he pledged to force everyone training to become an obstetrician or a gynecologist in a city hospital to learn how to perform an abortion.”

Actress Michelle Williams Celebrates Abortion During Golden Globes, “Thank God” We Can Kill Babies – She is pregnant with her second child out of wedlock. 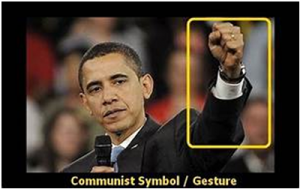 “Though she never used the word abortion, Williams credited her success to her so-called “right to choose.” She said she is grateful to live in a society that allows women the “choice” to abort their unborn babies, Slate reports….”And I wouldn’t have been able to do this without employing a woman’s right to choose: to choose when to have my children, and with whom,” she said to loud applause from the crowd of celebrities.”

One of the most selfish things I’ve ever heard. Ms. Williams won some award for a TV show. She gave butchers permission to stop the beating heart of her own flesh and blood to advance her career. One day, Ms. Williams, you will feel the wrath of God upon your dead soul.

Let me give you this to think about when you support any candidate who is “pro-choice”. Men and women who believe an abortion is nothing more than getting rid of some ‘fetal tissue’: Is this okay with you?

Sept. 24, 2019 update: “After LifeSiteNews published this story, David Daleiden testified on September 13 that he found a 2012 Stanford study published in Circulation which states: “In brief, human fetal hearts (StemExpress, Diamond Springs, CA) were perfused using a Langendorff apparatus…”  Stem cell expert Dr. Theresa Deisher testified September 18, the last day of the hearing, that in order to be used in research and on a Langendorff apparatus, a human fetal heart “has to be beating” when harvested from the baby. The heart must then “be arrested in a relaxed position” by perfusing it with a potassium solution to be transported to the research site, where it is started again electrically, she said.

“She also admitted at the preliminary hearing of David Daleiden and Sandra Merritt of the Center for Medical Progress that the baby’s head could be procured attached to the baby’s body or “could be torn away.”

THAT is the face of the Democratic/Communist Party USA. Those pictures are heartbreaking and why “pro-choice” advocates go to such lengths to make sure the American people never see the true horror of abortion.

In 2008 45% of Comrade Hillary’s votes allegedly were by Catholics. You CANNOT be Catholic and vote for any candidate who supports killing a human being waiting to be born. Period. Not for more jobs, not for your union, not for any excuse under the sun. About the same number of Catholic voters also voted for the criminal impostor president, Hussein Obama.

Every Democratic candidate wants to end America as a country with open borders. They all  support ILLEGAL aliens who have invaded our country and brought death, drugs, weapons and destruction to our people. If you think you or your family are safe from criminal illegal aliens, think again. With all these illegal ‘sanctuary cities’ letting loose violent illegal alien criminals, you are on the menu.

When you vote for ANY of the Democrat candidates your vote supports more of this:

“The Castro arrest is among a string of recent sex crime arrests involving illegal immigrants. Nestor Lopez-Guzman, also from El Salvador, was arrested in July and is accused of sexually abusing a 12-year-old girl and her brother in Montgomery County, Maryland — the same area where an illegal immigrant is accused of raping a woman at a Rockville hotel.

Illegal immigrant accused of killing 2 in hit and run had been deported 8 times – Louisville, KY

Every Democrat on the ticket supports sexual deviants. BUTTigieg is a sodomite who wants in the Oval office to show off his make-believe “husband”. A Sexual Deviant As America’s Next President?

Every major Democrat controlled city is in ruins. My beautiful home state of California is being destroyed the Democrat machine out there and their lunatic governor, Gavin Newsome.

US Citizens Should Know Better Than To Support These Things!

So, Democrats and possibly independents. Is all of this what you believe in and support? If so, count yourself among those out to completely destroy our constitutional republic in favor of total cultural and financial collapse.

Global Warming, An Inconvenient Lie (DVD album): “This DVD album features some of the world’s top scientists, researchers, and journalists who soundly reject the theory of man-caused global warming. If you are wondering why there is so much pushback against the theory of man-made global warming, here is the answer. Thirteen hours of intense programming that will jolt even the most adamant 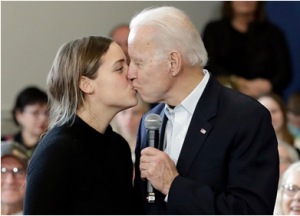 Joe Biden Urges Coal Miners to ‘Learn’ to Code: Anybody ‘Can Learn How to Program, for God’s Sake!’ “Biden, who recently claimed that blue-collar job losses should not stand in the way of a greener economy, made the comment while discussing his plans for expanding “jobs of the future” if elected in 2020.” This from a pervert who paws and kisses any girl under 16. Guess it’s okay if it’s his grown-up granddaughter.

Grandpa Joe Creeps on Teens at Town Hall – ‘Anyone Under 15 Come Talk to Me, You Get Something Special’ – I’ll bet.