Home/December 2021, Opinions/Progressivism Is An Infectious and Abhorrent Demonic Mutation That Must Be Quarantined

Progressivism Is An Infectious and Abhorrent Demonic Mutation That Must Be Quarantined & Eradicated – Dr. Mike Spaulding

The following is an excerpt from the book “Social Injustice: Exposing the False Gospel of the Social Justice Movement.” Ordering details are shown below.

Author Phil Kent details how the Rockefeller Foundation supported Alfred Kinsey and his deviant homosexual and pedophilia sexual abuse under the guise of sex research at Indiana University. Kinsey wrote this following concerning the origin of his “research” at the Kinsey Institute:

The present volume is a progress report from a case study on human sexual behavior. The study has been underway during the past nine years. Throughout these years it has had the sponsorship and support of Indiana University and during the past six years the support of the National Research Council’s Committee for Research on Problems of Sex, with funds granted by the Medical Division of the Rockefeller Foundation. 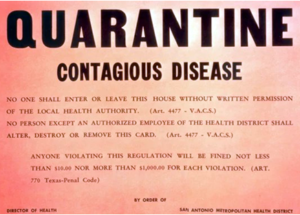 Jones adds that the Rockefeller Foundation knew perfectly well that Kinsey’s research was bogus, that his statistical analysis was not accurate, and that his activities were in fact, criminal. Kinsey became a master at blackmail and coercion based on information he gathered on people who controlled the flow of money.

In the end, the only people at the Rockefeller Foundation who were capable of pulling the plug on Kinsey funding were the people who had not given him their histories. Those who had were completely under his control… The three wise men from the Rockefeller Foundation—Yerkes, Corner, and Gregg—never knew what hit them. The same premise undergirds contemporary phenomena like SAR (Sexual Attitude Restructuring) of the sort that psychologists and medical professionals are forced to undergo for certification as experts in the field of sex. SAR means looking at pornography, and the sex educators who have followed in Kinsey’s footsteps understand that if you look at enough pornography, you will become desensitized; your attitudes will change; you will be more likely to act on what you see and less likely to object to what you see. If you follow the trajectory to its logical conclusion, you will become someone enslaved to passion—a sexual addict—to use the contemporary term.

Just as important to understand is the legal impact of the foundations’ funding of Kinsey’s perversions. Consider that Carnegie and Rockefeller Foundation money was used to create state level organizations to inform and guide bar associations for the express purpose of changing America’s laws concerning sex crimes.

In 1955, the Model Penal Code was completed under the auspices of the Carnegie and Rockefeller seeded American Law Institute, the education arm of the American Bar Association. This “model” was then submitted to state legislatures for their consideration, with plenty of authoritative support for the implementation provided by Kinsey’s flawed scientific analysis. Adoption of the Model Penal Code eliminated and/or trivialized prior sex offenses, eventually aiding the reduction of penalties for abortion, rape, wife and child battery, desertion, seduction, adultery, prostitution, contributing to the delinquency of a minor, soliciting for masturbation, sodomy, public sexual exhibitions, ‘unfit’ parentage, alienation of affection, and obscenity, as well as infanticide, premeditated AIDS/STD transmissions, etc.

Nearly every major sexual research study since the 1940s has cited the Kinsey studies as a basis for their call for the normalization of sexual deviancy. But this was only the tip of the spear in the grand scheme the Rockefeller Foundation trustees had in store for America. The real goal was the breakdown of the natural family through an unleashing of sexual morality from biblical standards of marriage between one man and one woman. Following close on the heels of the destruction of the natural family, came the push for unfettered abortion. Once again, the Rockefeller Foundation led the way with assistance from the Ford Foundation and the Hewlitt Foundation. Kent writes:

After the 1973 Roe v. Wade US Supreme Court ruling, in which Justice Harry Blackmun infamously wrote that “the word person, as used in the 14th Amendment, does not include the unborn,” all kinds of programs to limit the America population through abortion were undertaken. A June 2, 1972 Chicago Tribune story contained this gem: “It is no surprise that Playboy Foundation money is now competing with Rockefeller money to promote the concept of permissive abortion.

The same need to unite is observable regardless of the subject. The US Federal Government as well as many State governments are aligning themselves against the Christian Church. They are using foundation money to change minds and then change laws. Once laws are changed they are using the court system to attack and silence the Church. The Church, in many instances, has become an accomplice in this travesty. This is true in immigration, gender identity confusion, Islamization, and environmentalism.

One event that shows just how far the Church has fallen into the wicked deception that is Progressivism is the apology David Platt issued for the crime of praying for President Donald Trump. The president recently stopped by Platt’s church on a Sunday morning with only a short notice. Platt had the president appear with him on the platform and prayed for him. The howling from the progressives and invectives hurled at Platt—who is one of their own, by the way— forced him to issue a hurried letter of explanation for his action of praying for the president.

Since when do Christians have to explain their action of praying for the president of the United States? Under eight long years of President Obama, the progressives were quick in their attempts to squelch any negative remarks. Christians were routinely reminded that: “you should be praying for President Obama instead of criticizing him.” Apparently, they really don’t believe we should pray for our president.

Then, there was the recent invitation-only, clandestine meeting of progressive Christian leaders at Wheaton College in Illinois. Headlined by Tim Keller and Ed Stetzer, attendees were invited to discuss ways in which Christianity could be redirected away from support for President Trump. By ‘redirected,’ they meant forced back on the unopposed road of cultural Marxism, Progressive Christianity, and socialism. Some of those invited were so insulted by the Trump-bashing that ensued that they walked out.

The social gospel and its offspring, social justice, are heresies that fortunately are not aging well. Arnold Toynbee identified the Progressivism of his day when he stated: “Western liberalism is merely the political husk of Christianity, without its spiritual kernel.”57 That describes Progressivism plainly: a veneer of spirituality that fools the masses, but lacks any spiritual power derived solely from the One true God. Thus, Progressivism is a poison, an infectious and abhorrent demonic mutation that must be quarantined and eradicated. Progressivism actually creates social injustices, and as such, should be rejected and vociferously objected to by Christians.

You may support The Transforming Word Ministries through your gifts to:

You may also support us through the following online methods: