There is no proof that carbon dioxide is causing or precedes global warming…All indications are that the minor warming cycle finished in 2001 and that Arctic ice melting is related to cyclical orbit-tilt-axis changes in earth’s angle to the sun.  John Williams, agricultural scientist, researcher, author, and educator, University of Melbourne

The Constitution gives the President the power to commit the United States to treaties – but only with the advice and consent of two-thirds of the US Senate, and only if the agreement does not contravene the Constitution. Keep that in mind as we look at Obama’s actions with the signing late in his presidency of the Paris Accord. 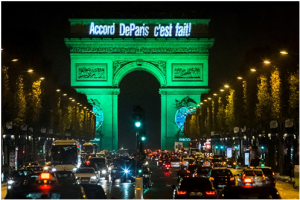 Signature of Paris Accord Unconstitutional

It should have and would have required Senate ratification by a two-thirds majority, under the Constitution’s Treaty Clause (Art 2, Sec. 2, Clause 2). That’s how the Framers of the Constitution understood the Clause.

The reason we’re being told that the Paris Accord is a nontreaty is because it evades the requirements of the Constitution to ratify it. Why? Because of something called the “Treaty on Treaties.”

What Makes Paris Accord a Treaty?

The Paris agreement is a treaty as defined by the Vienna Convention on the Law of Treaties, i.e., “an international agreement concluded between two or more States in written form and governed by international law….”

So why does Senate confirmation matter? Our Framers wisely believed that it would be unsafe to give one man alone the power to bind the country through a treaty, and they were right, because the Senate would not have ratified the Paris Accord!

So, how did we legally bypass the Constitution and get a treaty?  Well, we can thank former President Nixon. 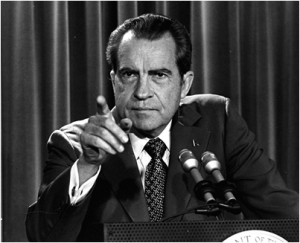 In 1970, President Richard M. Nixon signed a monstrosity known as the Vienna Convention on the Law of Treaties. It is referred to as the “Treaty on Treaties,” — even though our Constitution is clear that a treaty requires a supermajority of two-thirds of the Senate to ratify.  The U.S. Senate has not given its advice and consent to this treaty either, so it should be withdrawn as well.

Don’t start nodding off, this is important…hang in there with me. Under Article 18 of this Treaty on Treaties, once a nation signs a treaty — or merely does something that could be interpreted as “expressing its consent to be bound by the treaty” — that nation is “obliged to refrain from acts which would defeat the object and purpose of the treaty.”  Here’s what it says:

Article 18. OBLIGATION NOT TO DEFEAT THE OBJECT AND PURPOSE

OF A TREATY PRIOR TO ITS ENTRY INTO FORCE

A State is obliged to refrain from acts which would defeat the object and purpose of a treaty when:

(a) It has signed the treaty or has exchanged instruments constituting the treaty subject to ratification, acceptance or approval, until it shall have made its intention clear not to become a party to the treaty; or

In other words, the Constitution notwithstanding, once a presidential administration signs or otherwise signals assent to the terms of an international agreement, the United States must consider itself bound – even though the Senate has not approved it, even though it has not been ratified.  Totally unconstitutional.

Of course, presidents don’t like going to the Senate for approval of their pet projects. Back in 1998 Bill Clinton signed the Kyoto Treaty on global warming without submitting it to the Senate for ratification. He knew that if he did so the treaty would be DOA.

President George W. Bush withdrew the signature of the United States from the treaty in 2001, even as Donald Trump backed out of the Paris Accord. In both cases there was a lot of huffing and puffing from the left, but Mr. Bush and Mr. Trump were simply doing what their voters wanted. They were also more faithful to the Constitution than Clinton or Obama had been.

Basically, Obama’s signing of this Agreement had no Constitutional standing whatsoever, so President Trump’s withdrawal was officially burying a legally dead horse.

Any number of leftist articles have claimed that actual withdrawal from this agreement would take three or four years with considerable administrative and legal costs.  They also claim we’re the highest per capita emissions producer, but they forget China is in a pollution league by itself accounting for 30 percent of worldwide emissions.  Article 28 of the Agreement purported to prohibit any signatory nation from withdrawing until three years after its entry into force on Nov. 4, 2016. But that restriction—like the entire Agreement—was constitutionally null and void.

Other articles claim the agreement is fundamentally symbolic, which we also know is hogwash, it would have thoroughly destroyed America’s economy.  Link

This Treaty on Treaties is a mechanism to commit the United States to things that are drastically, horribly detrimental to us without going through the constitutional process that ratifies such treaties. It substitutes verbal consent of agreement in principle, as the equivalent of a signature and two-thirds of the Senate voting to affirm. The American people are being told, “It’s only symbolic, just a piece of paper, means nothing.” They’re also being told that Trump would gain a foothold with the left if he kept it in force.  What nonsense!  The left is the enemy, we need to defeat them at every turn.

Here’s what he wrote in his article, Don’t Stop With Paris!

President Trump should not stop at Paris. While he’s at it, he should affirmatively withdraw the United States from the Vienna Convention on the Law of Treaties. We don’t need an international convention on that. We have a Constitution that renders multilateral boondoggles unbinding in the absence of super-majority Senate consent. Want to put “America first”? Then it is past time to reify our sovereignty and the rule of law — our law.